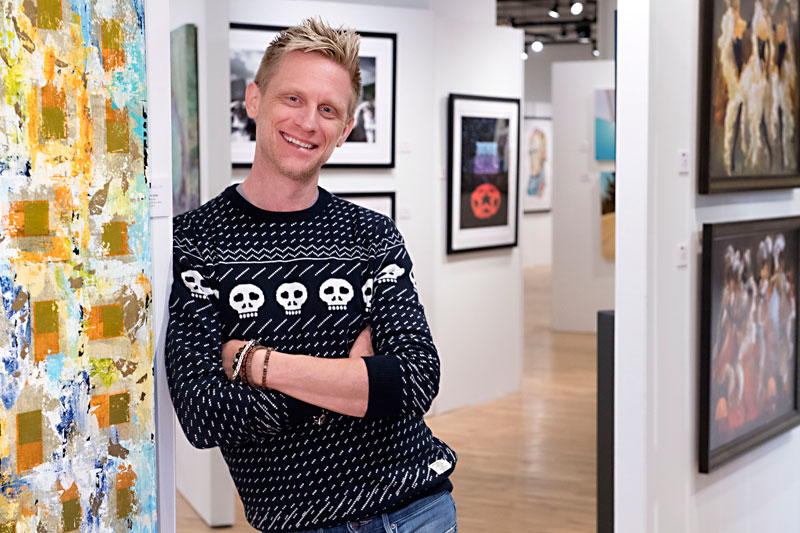 You won't ever find Todd Gresley wearing a stiff, tailored suit to work. "I tell people every day, 'I don't look professional, but I am.'" Gresley took over as gallery director of Ao5 Gallery in 2014, and he strives to make buying pieces of contemporary art an unapologetically accessible and fun experience. By relocating Ao5 from its former location on South Lamar to the Arboretum, Gresley hopes Ao5 will reach a much wider audience in Austin and beyond.

Around 6pm on a dreary Saturday evening, Gresley was installing artworks at Ao5's new space between Pottery Barn and Orvis, playing Kate Bush loudly through the gallery's overhead speakers. This is its third location, the name being a contraction of its original explanatory title of Art on Fifth. The director noted that hearing music in the gallery is not a rare occurrence. "We have loud music playing so that people can talk and enjoy their time." Gresley's vision contradicts a view of art galleries as cold, stark, and quiet spaces that can feel hostile to many. Cracking open a beer, he explained, "Art feels elite, and we try to cater to everybody. … There's a stigma within art [spaces] that you have to dress a certain way and act a certain way and collect your art and go home. But I make sure everyone dresses casually at work. We want everyone to feel comfortable here." 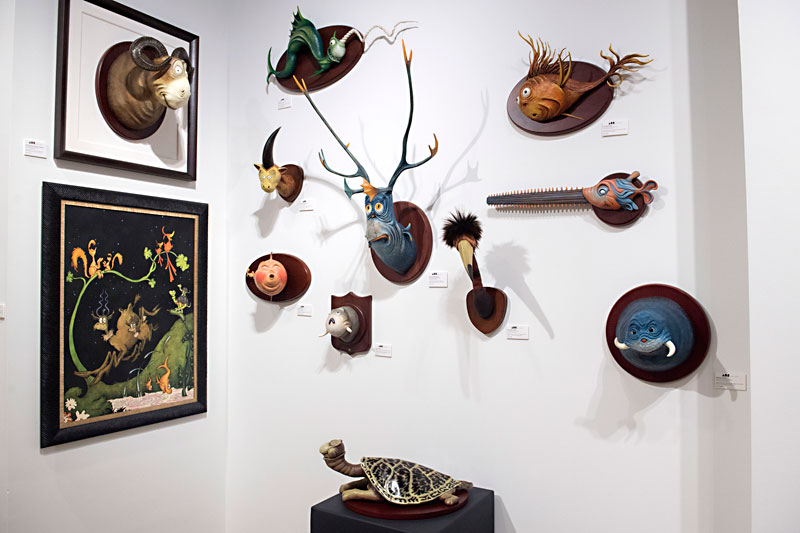 As the largest gallery in Austin (now even larger than it was before), Ao5 presents original artworks that range in medium and monetary value. Its multicolored walls feature $75 gig posters in close proximity to paintings by the likes of Salvador Dalí and Dr. Seuss that sell in the multithousands. Because Ao5 displays works with such diversity in prices, Gresley feels that it is important to "let the art sell itself" and not have commissioned salespeople "following you around trying to get you to buy things." He described this practice as a way of protecting Ao5's guarantee that all potential buyers receive the same care and treatment, regardless of their budget. "Fifty dollars might be a lot of money for somebody, and we want them to feel like they're going home with something awesome. And it is awesome, or I wouldn't have it in here!"

Ao5 Gallery embraces a curatorial approach that allows for a plurality of visual styles that emphasize the originality of each featured artist. Its director has very few limitations in regards to what the gallery can show, except that it must be suitable to be displayed in someone's home and "awesome." Gresley, who turns 48 this year, recalled, "I started professionally doing this when I was 24. So literally for half of my life, I've been acquiring and meeting artists from around the world. We have [artists] from every continent except Antarctica here, and we have tons of Austin artists." He gets to know many of the artists personally and makes a point not to exhibit any artists who are "jerks" because he believes that "their good energy goes into the work and that energy goes home with the people that purchase it."

In the Arboretum space, Ao5 Gallery can now show much more artwork and significantly expand its museum-quality framing services by their certified, in-house framer. Until their official opening party this spring, Ao5 invites anyone to peruse the works on display in their new location, even as they continue to finish installing. The folks at Ao5 feel optimistic about the possibilities for their new home between MoPac and U.S. 183. Gresley happily remembers seeing the gallery for the first time. "The second I walked in the door, I went, 'This could be Ao5's future.'"