Local Comedy Gets a New Buzz at the Buzz Mill 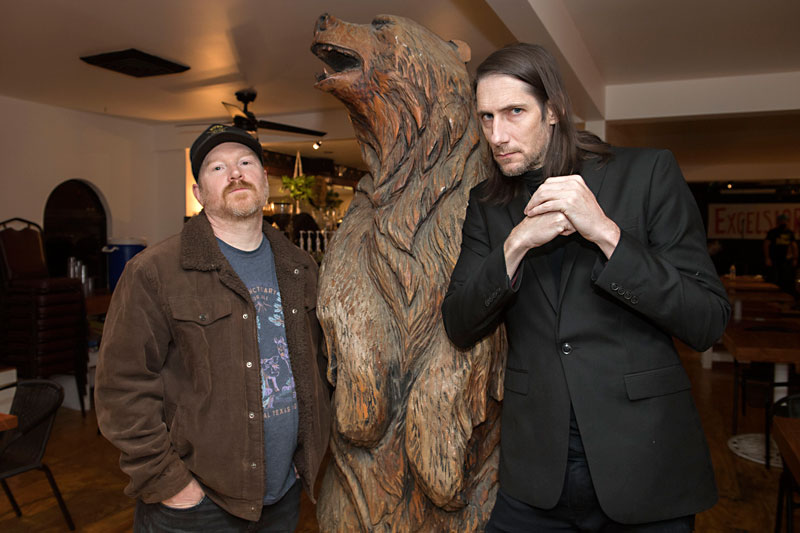 The newest Buzz Mill lounge aims to be an epicenter of comedy.

The original Buzz Mill coffeehouse off Riverside, started by Jason Sabala and crew in 2013 and still going strong, also boasts a comedy scene, sure. But that location is more concerned with its wilderness-engaging Lumber Society, with events for helping the community learn about the natural world around them and how to best interact with that world. As the Buzz Mill promo itself proclaims: We are a 24-hour fort, providing a place for those who need to refuel, whether it's coffee-and-go or cheers with friends.

A fort, see? Kind of like an occasionally music-enhanced, comedy-inflected outpost of the Boy Scouts and Girl Scouts – but for adults who drink.

The new joint staking its clubby claim at the corner of Seventh and Attayac (formerly the burrito-slinging Troublemaker Bar), you could call that place Fort Comedy. Because, beyond its excellent beverage program and diversely delicious Brunch Bird menu, within its simple yet stylish interior and its wraparound patio the new Buzz Mill is all about the funny ha-ha.

And why is that? Is it because we could all use more laughs as this pandemic continues to rain on our human parade? Or because our city's industry profile will soon be galvanized by Montreal's Just for Laughs comedy festival, as that internationally celebrated powerhouse partners with Moontower Comedy to make Austin its second location?

We recently sat down with Buzz Mill's events director (and former Chronicle staffer) Mark Fagan and comedian/musician/actor Mike Wiebe, a longtime Buzz Mill performer, to get some answers about Austin's growing comedy scene. As Wiebe said, "We went from a town that had bar shows and a big comedy club and the [Velveeta Room]. And now there's gonna be, what, 250 comedy clubs opening in the next month?" 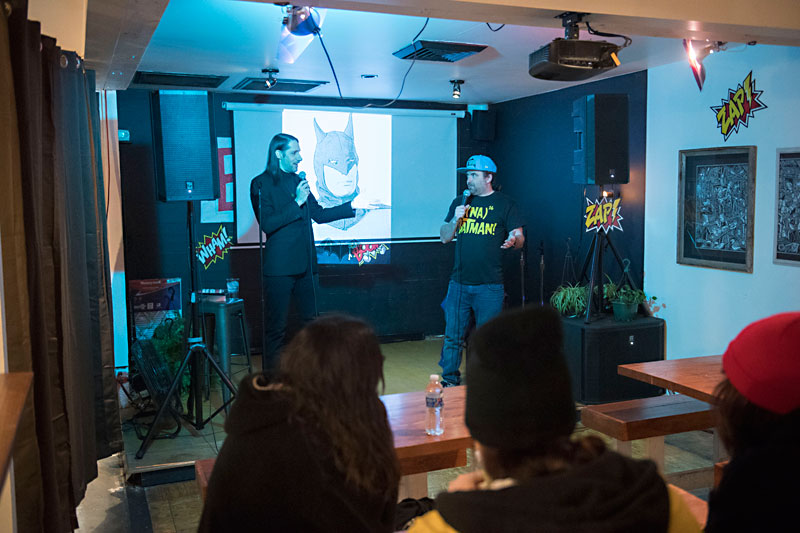 Austin Chronicle: Instead of going full-on music, music, music every night as so many places do, this Buzz Mill is focusing on comedy? What's the impetus behind that?

Mike Wiebe: I think some of it is the size and shape of the room. Music gets real loud, real quick, and this room is kind of ideal for a more low-key kind of vibe. I helped with the Buzz Mill comedy programming at the original location years back, and the first show out there was the Buzz Kill showcase. That's been running for, ah, 10 years now? It was started by Katie Pengra – I'd put a lot of credit on Katie, who really nursed that show in the beginning and built it up to where it's, ah, I think it's one of the best shows in Austin now. It's reliably good – a great mix of regulars, and people who are drawn in by that situation.

“We went from a town that had bar shows and a big comedy club and the [Velveeta Room]. And now there’s gonna be, what, 250 comedy clubs opening in the next month?” – Mike Wiebe

Mark Fagan: I just stopped by the Riverside location, and there were two – I won't mention their names, but – there were two nationally known comics in there, just drinking coffee. Because people know about the place.

MW: But this new room is totally different: It's inside, so we don't have to worry about the weather factor as much. It's also a lot smaller, but smaller can be really really good for comedy, you know? We're still working out the kinks with the lighting and everything, but it's really coming along. And since we're focusing on comedy, we can just do a lot more shows.

AC: How many of those shows are curated in advance and how many are open mics?

MF: We have one open mic per venue per week, and then everything else is curated. Mike has a show on Tuesdays called "Excelsior!" It's a superhero-themed show with Doug Mellard co-hosting. Wednesdays, it's the "Hacksaw" open mic. Thursdays, it's a rotating cast of different programming – there's "The Sting" with Chris Cubas and Ryan Cownie, and "Girls That Gab" hosted by Andre Ricks, and "Seventh Street Screwdown" with Raymond Cabrera, and Sunday is our "Honey Dip" show [hosted by Angelina Martin and Carlton Wilcoxson]. ... We're not necessarily packing the place every time, but "Honey Dip" is pretty much filling the room.

AC: Is it mostly stand-up? Or do y'all have sketch and improv, too?

MW: It's mostly stand-up, but I know Angelina's pulling in variety stuff. We're able to do a little more multimedia stuff with the projector, and we're trying to mix it up. I think this room's gonna be for a bit more experimentation. It's a nice room to try different stuff in, because it's still kind of undiscovered country.

AC: OK, and a final question for y'all here, a sort of big-picture thing – is the Moontower Just for Laughs Festival in your minds at all? That the local scene's about to get an even larger, international reputation?

MF: As a promoter and not a performer, that kind of international recognition is exciting to me. So that maybe our local comics – like, a Martin Henn, one of our hosts here, he's got a chance for greater recognition, for bigger things. We've got so many great comics in Austin, they should really have that spotlight. It'll be like [South by Southwest], right? South By brought a lot of recognition to a lot of musicians around town, and a lot of people who work in the service industry benefit financially, too.

MW: Well, this town is definitely changing, but I don't know what it's gonna be. There's reason to occasionally be worried about stuff, but there's also reason to maybe be excited and hopeful. There's really nothing you can do – because if something is gathering any excitement about it, it's gonna effect change – but you can try to be part of the positive end of that change, you know?