Review: Hyde Park Theatre's My Season With the Astros, Expos, and Phillies 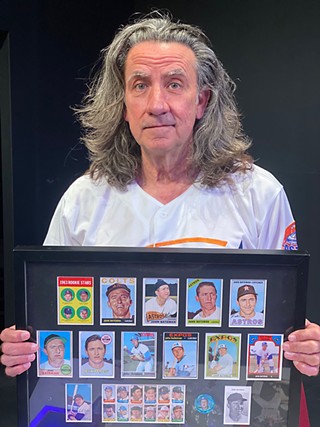 Ken Webster in My Season With the Astros, Expos, and Phillies (Photo by Carlo Lorenzo Garcia)

We all have preoccupations, obsessions, and passions. But Ken Webster – actor/director/producing artistic director at Hyde Park Theatre in Central Austin – also has a black box performance space at his disposal and the creative wherewithal to put his sports fixation on the page and then on the stage. His My Season With the Astros, Expos, and Phillies is a one-man monologue about John Bateman, an unremarkable professional baseball player who spent 10 mediocre years with the Houston Colt .45s/Astros, Montreal Expos, and Philadelphia Phillies during the 1960s and 1970s.

Bateman began his professional baseball career in 1962 with a team that the Sporting News described as "a valley with very small peaks." It was so bad that when the rookie Bateman was elected to bat in the coveted cleanup position typically reserved for the team's best hitter, he was batting below the Mendoza Line – a baseball expression named after shortstop Mario Mendoza, whose low batting average (.200) is taken to define the threshold of incompetent hitting. Team manager Harry Craft was quoted as saying, "With our club, it doesn't really matter who bats there." Bateman's first professional at-bat was, as one would expect, a strike out.

A solidly unexceptional career .230 hitter, the perpetually overweight, often injured, and playful but easy to anger Bateman always played for losing teams, never played in the postseason, and never made the All-Star team. A poster child for overachievement, the then-Astro ballplayer became a favorite for a young Webster, who wanted to be (but never was) a catcher and batted a mere .100 on his Houston Little League team. Bateman, the personification of what Aristotle referred to as hamartia, or fatally flawed, is perfect imperfect fodder for a stage play.

In 2011, Webster turned his love of Bateman, his unbridled passion for baseball, and a mind jam-packed with trivia into a popular Twitter feed, where he assumed the voice of Bateman and commented on his times and tribulations during the 1966 season. Those humorous tweets became the core of Webster's one-man show, which was first performed in 2012. It has since popped up in short form at a few of Austin's FronteraFests and is now receiving an extended encore staging as Hyde Park Theatre's first venture into live performance since the start of the pandemic.

The scripted but loosely structured play takes place in the theatre's small performance space, which is naked save for a folding table, chair, and assorted artifacts from Webster's personal collection – period Bateman baseball cards, a game-worn cap, an autographed ball. Lighting design is similarly no frills and merely functional. Sound design is limited to a radio broadcast of Bateman's unlikely inside-the-park homerun to start the show and a song sung by a Bateman teammate-turned-recording artist at the show's close. Webster appears in jeans and an Astros jersey.

The production's low-budget simplicity focuses all attention on Webster's truly engaging performance, penchant for passionate and often improvisational storytelling, and charm. This will likely be the primary takeaway for those audience members not particularly knowledgeable about or invested in baseball lore or the Mendoza Line.

For theatregoers of a certain age who also love the game, their attendance will be rewarded with a night of fact-infused nostalgia. Younger fans will gain insight into the drama of the Great American Pastime from before the Astros cheated* their way to victory during the 2017 World Series.

*(Disclaimer: The Houston Astros during Bateman's heyday, as well as the Montreal Expos and Philadelphia Phillies, were all National League teams. The smartass comment about cheating is grounded in this writer being a lifelong fan of the American League. Oh, and sorry not sorry that the Atlanta Braves beat the Houston Astros in the 2021 World Series.)

My Season With the Astros, Expos, and Phillies 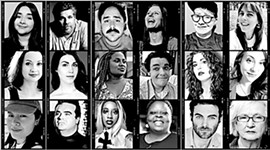 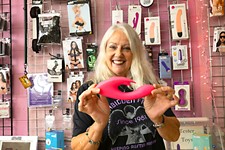 Top 10 Arts Stories You Cared About the Most
From racist comedy to new books, returning theatre, and new textile joy, the most-read stories about the Austin arts scene in 2021

Ken Webster, My Season With the Astros, Expos, and Phillies, Hyde Park Theatre