Your weekly guide to the best happenings in Austin 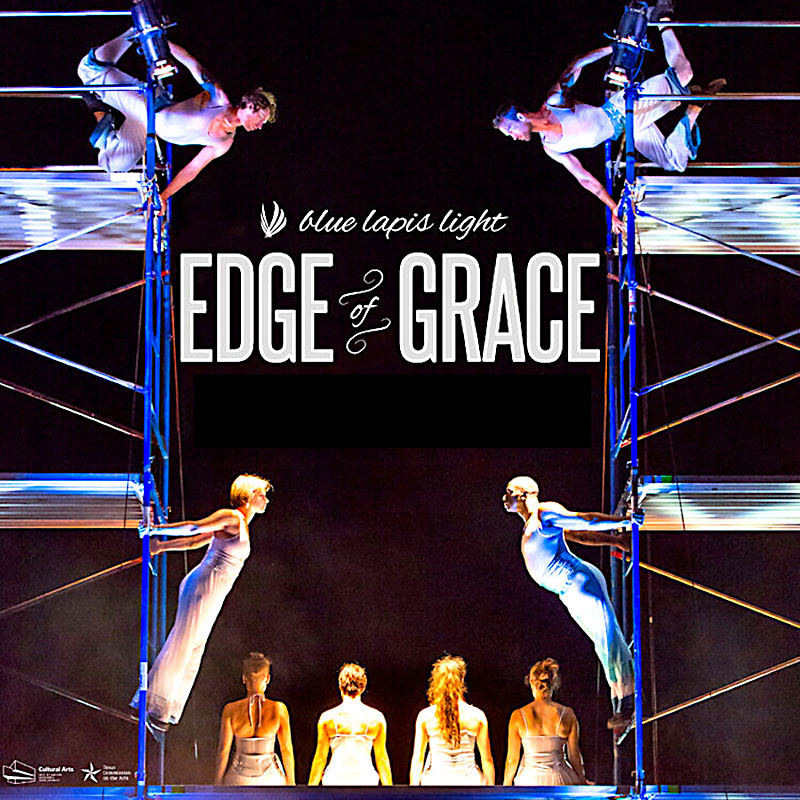 Every year, Blue Lapis Light produces at least one big performance that showcases aerial techniques informed by classical, interpretive, and modern dance. It's a show in which light and sound engineers manipulate the sensory environment to create an immersive experience spotlighting the kinetic wonders that weave embodied patterns above your head. This year they're sharing the main event from their home base, and this is the one. This annual BLL dance production takes place outside, on the company's 3-acre property in South Austin, with dancers interacting on a multilevel scaffolding structure. Edge of Grace is about exploring spaces between edges, the amazing movements inspired by how grace manifests in human lives. Wed.-Sun., Oct. 13-24, 8pm. 10331 Old Manchaca Rd. $25-50. bluelapislight.org.

No, for real, this film is a hybrid of musical memoir and narrative fantasy that tells the story of financial fraudster Madoff and the system that allowed him to function for decades. Directed by Alicia J. Rose, starring Alicia Jo Rabins, this 75-minute "mystical meta-musical" is a cautionary spectacle in which "real-life interviews transform into music videos, ancient spiritual texts become fevered fantasies of synchronized swimming, and a vivid, vulnerable work of art is born from the unique perspective of an artist watching the global financial collapse up close." Note: The Austin Jewish Film Festival is offering online access through Oct. 10, and on that final day there'll be a Q&A with director Rose. $9.99. austinjff.org.

Here's a show of new works from multi-medium Austin artists Landry McMeans and Lily Timberlake, featuring McMeans' three-dimensional reliefs and hand-cut stencil prints that evoke the muted psychedelia of the American Southwest, and Timberlake's weavings from her homemade tapestry-style loom, for which she uses traditional wool yarns and found materials. Note: Timberlake moved to Austin from Australia's New South Wales in 2020; reckon you can more easily drive across town to enjoy the opening reception in the handsome Cloud Tree Gallery on East Fifth this Friday. Fri., Oct. 8, 6-10pm. 3411 E. Fifth. Free. cloudtreestudiosandgallery.com.

In this new play by Jeremy Rashad Brown, Reginald "Rap" Unzel is a young man with big hair and bigger dreams of musical stardom – if only he can get out of his room. This live show is a hip-hop musical that disrupts traditional fairy tales, a celebration of identity, awareness, and empowerment that counters hypermasculine and stoic representations of Black men in mainstream culture. Directed by Indiia Wilmott for Brown Boy Productions and the Vortex. Bonus: The weather's getting nicer lately, and this is an outside presentation. Oct. 9-31. Sat.-Sun., 1 & 3pm.  2307 Manor Rd., 512/478-5282. $10 and up. vortexrep.org.

It could be that you don't need to actually put your hand in the acclaimed author's hand to shake howdy-do, right? It could be that a virtual interaction will suffice in these all-too-interesting times? Excellent, because J. Franzen will be Zooming in via BookPeople to present his latest novel – about a Midwestern family at a pivotal moment of moral crisis. It's what the promoters tell us is "a tour de force of interwoven perspectives and sustained suspense, its action largely unfolding on a single winter day," and it might be just the thing you need in the beginning of this Texas fall. Note: Purchase of the book is required to join the live event; your ticket, y'see, is your book. Thu., Oct. 14, 7pm. $30. bookpeople.com.