The custom jewelry of Austin transplant Madeline Modesti has been worn by chart toppers like Olivia Rodrigo and Tinashe. (Photo by John Anderson)

Perfectly attuned to the surplus and nostalgia of modern music, the wares were all handmade in the Austin home of 24-year-old Madeline Modesti, who launched jewelry brand Stinky Jewelz on Instagram just last December.

"The world of pop music goes with the look and feel of Stinky Jewelz – like super extra, childhood-ish, ravey, poppy," says the owner. "It's such a cool avenue to have gone down. With a model, you get a photo, but seeing people perform in the necklace is even crazier." 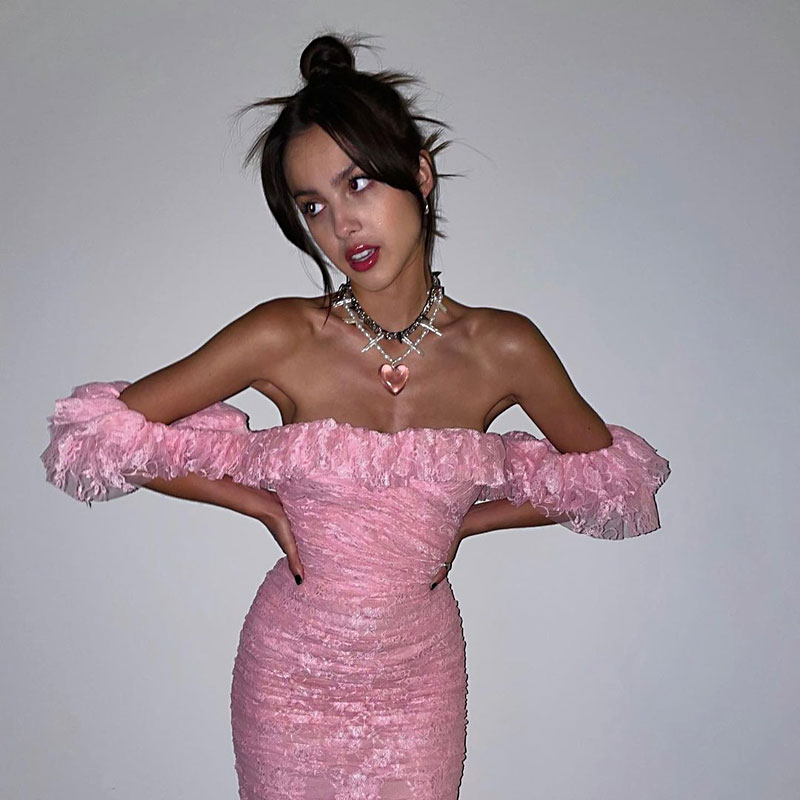 The local's first brush with celebrity arrived in a DM from the stylist of record-breaking "Drivers License" breakout Olivia Rodrigo, reigning teen singer-songwriter of 2021. Working at a Dallas-area Whole Foods at the time, Modesti took off work to quickly craft the requested pieces. Express shipped from Texas, Rodrigo's pink necklace matched a pink dress in a photo posted to her millions of Instagram followers.

"I have no idea how they found me, and that's the beauty of Instagram," adds Modesti, who still makes all her pieces to order after posting limited supply drops. "People were like, 'Oh my god, I have to have the necklace Olivia wore.' That one, 'The Sweetheart,' really took off – the first time I posted about 18 pieces they sold out in an hour, and the second time in like 4 minutes."

To keep up with demand, the maker now runs Stinky Jewelz full time after moving to Austin from her hometown of Dallas earlier this summer. She and her longtime friends, the original ambassadors of her brand, frequent locales like Coconut Club and Cheer Up Charlies. Modesti says, "It's one of my favorite things in the world, seeing my friends going out to the club or raves in Stinky Jewelz. They definitely are high-impact, bright-colored pieces, and I think it meshes well with that."

Last month, the buddies screamed together while watching the music video for Tinashe's "Bouncin," during which the famed R&B singer wore a bold red Modesti creation throughout.

"I'm such a big, big fan of Tinashe, and it totally completed the look," she says. "The video is all this amazing choreography in a gym, and the entire time she's wearing my necklace." 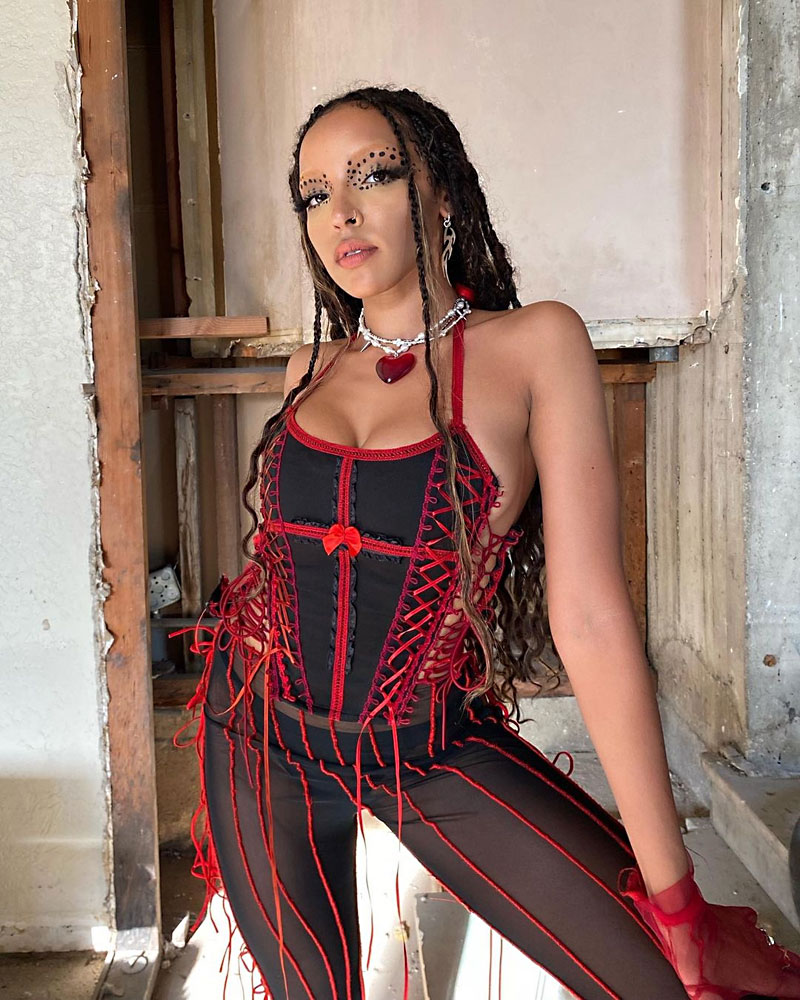 "I was like, 'That's exactly what I think of when I'm making them,'" says Modesti. "I'm obsessed with hearts and big, gaudy, almost obnoxious things. The giant crosses are so Southern to me, and I love that people all over like them from my little Texas shop."

A self-described "indecisive Libra Moon," Modesti's personal style varies. She equally enjoys mixing her own handiwork with a weathered vintage tee or upping the ante with giant earrings. As a recent graduate of sociology and women's and gender studies at the University of North Texas, the artist also enjoys remixing traditionally feminine iconography in her designs.

"I'm six feet tall and I'm big, so growing up, it was hard for me to embrace my femininity," she adds. "I thought being a tomboy was cooler, and I felt like I couldn't be both. But getting older and identifying as a queer woman, it feels almost defiant to be so feminine and in your face. It's liberating to be extremely hyperfeminine, just because I love it."