In his debut novel, the Michener Center alumnus brings "a new story to the table" 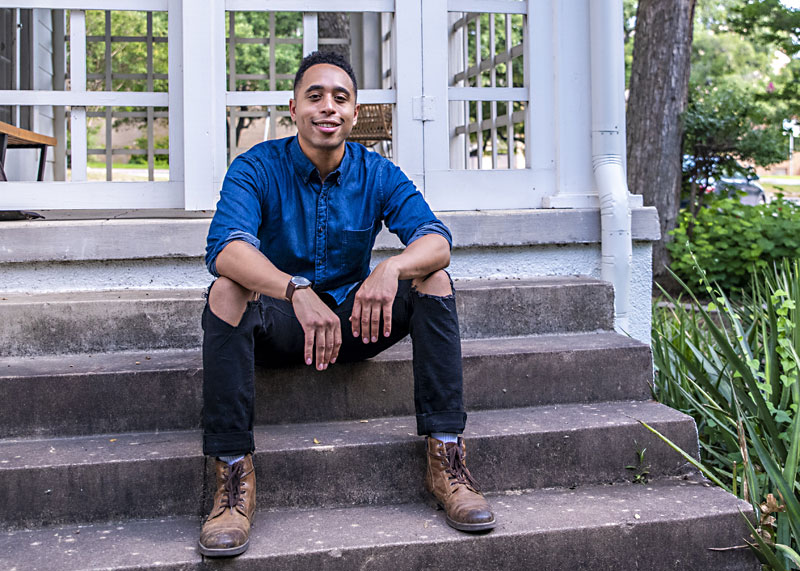 Landry is trying to make sense of his freedom. Newly emancipated and unaccustomed to roaming the woods alone, he is surprised to find they're not as full of dread as he'd always believed, that "each step did not bring danger." Was it possible, he wondered, that the bad in life might also contain some good, that wrongs might hold traces of right? "How else to explain a world of cruelty that had also carried in it the great joy of watching his mother at the mercy of Little James' fiddle on a Sunday afternoon, the miracle of a fresh tick mattress, the sweetness of water after a day spent picking in the fields?"

The words come from Nathan Harris' richly imagined, deeply compassionate debut novel, The Sweetness of Water. Set around the town of Old Ox, Ga., in the twilight of the Civil War, the story intertwines the lives of the brothers Landry and Prentiss with those of the Walker family – George and Isabelle and son Caleb – in ways none of them expect and which lead them to uncommon acts of courage and charity. The complexity Harris grants each character and the generosity with which he treats them would be notable from any author, but they seem especially so coming from a 2020 alum of UT's Michener Center for Writers.

Harris, a winner of the University of Oregon's Kidd Prize (an undergraduate writing competition judged by prominent writers – in Harris' case, Anthony "All the Light We Cannot See" Doerr), arrived at the Michener with his novel already begun and received so much encouragement and support for it that he was able not only to finish The Sweetness of Water but to secure a book deal for it by the start of his third year there. That may explain why, pandemic aside, Harris has been in no hurry to leave Austin. That's where we started our conversation.

Austin Chronicle: How was the Michener experience for you?

“I remember one of the oral histories, they talked about the literal gates of the plantation opening and being offered the opportunity to leave, and I thought, you hear the gate swinging, and you feel the footsteps going toward freedom in a literal, physical sense, and my mind went from there.”

Nathan Harris: I sing the Michener's praises all the time. I don't think there is any program that compares to it. There are other really prestigious programs, but a lot of them nowadays have 20 to 30 students per cohort, and you don't get to know all of them. And a lot are competitive or the faculty will be on sabbatical for two years and you won't even see them. In the Michener, there's none of that. Bret [Anthony Johnston], the director, who's sort of my mentor, is just so committed to his students. You can tell that he loves what he does, and he was such a great guiding force. And his handle on the program just ripples through the building. Everybody props each other up, and it's so positive. And you get three years to do whatever you want. It doesn't get any better than that. I don't regret coming here at all. I never have. So, yeah, I love the Michener Center.

AC: Was The Sweetness of Water your primary focus while you were there?

NH: Yeah. I started The Sweetness of Water about a year before, a year or two before – I'm not good with time – and I got here and was able to finish it and refine it. During that time, I was able to do some short stories as well, and I considered doing a collection as my dissertation, but I got so much great feedback from Bret and Elizabeth McCracken, they put so much of their time into the work and the rewrites that I felt like that represented my time there, so I made that my dissertation.

AC: In one interview, you said that you'd asked yourself, "What was it like to live at that time after the Civil War?" How did you go about discovering that for the book?

NH: You do as much research as you can, [but at] that meeting point between the historical element of historical fiction and the fiction, you find all of these nooks and crannies that haven't really been explored, and at some point you just have to use your imagination. You know, the power of fiction is empathy, and you put yourself in the shoes of these individuals that you are not, and you try to wonder what their lives would be like. From what you read, you cobble together a lot of sensory descriptions – I mean, I remember one of the oral histories, they talked about the literal gates of the plantation opening and being offered the opportunity to leave, and I thought, you hear the gate swinging, and you feel the footsteps going toward freedom in a literal, physical sense, and my mind went from there. And born from that were these two brothers, and the rest is sort of history.

AC: Were Prentiss and Landry fully formed in your head when they came to you?

NH: I wouldn't say fully formed. The first image I had in my head was that of George coming across these two brothers in the woods in the dark. I felt this tension between these two men, but I knew that they had this bond between them. So I was thinking, what is this bond, and perhaps it's because I have three brothers, that's the initial bond that came to mind.

AC: It's a powerful bond, and it makes all of the things that happen to them make so much sense and seem inevitable. At some point, you feel like this needs to be this way because they have that powerful blood tie.

NH: Absolutely. There's nothing like it. Especially for those two because they lived through so much.

AC: I thought the book might follow the brothers on some odyssey, so I found it surprising and wonderful how they and George and Isabelle and Caleb wound up staying together in one setting, interacting and going through experiences together for so much of the book. It felt like an anti-Civil War epic. So often, we get the Gone With the Wind sprawling saga with battlefields here and plantations there and here comes the end of the war and Reconstruction – the whole story in one huge package. And you seem to resist that. What's sprawling here are the interior lives of the characters, who we get to know so well and are so moved by.

NH: It was really important to me when writing it to have the engine of it, the plot of it, have a brisk pace when it really gets going. But at the end of the day, this is a book that is really rather intimate, you know, and is about people's connections to each other. And although it's about this community, it's anchored in how these people experience their community in many different ways. I think it's a reflection of how many of us go through the world. 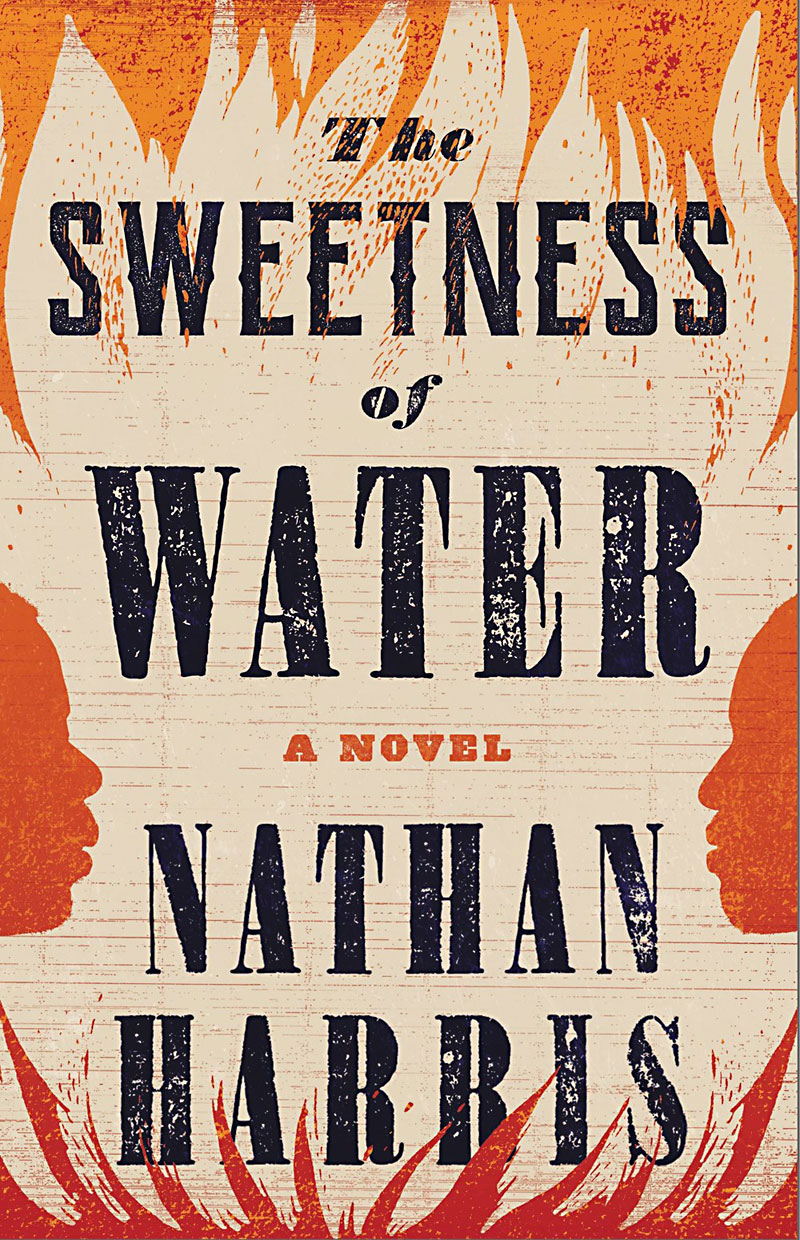 I call this a communal novel, because I think everybody who reads it, a different character resonates with them, the traumas of different people, the experiences of different characters. That's what I wanted. I wanted to have characters that everybody would connect with and also characters that were other from them, characters that in reality might be someone's neighbor or someone's mailman, but you get to step into their shoes and see how they look at the world. It makes for more difficult writing, because I have to do that myself as a writer, stepping into other people's shoes, but it makes for that sort of experience where it has that emotional impact that you had.

AC: Were there other books dealing with that era that you were influenced by or made sure you weren't influenced by as you wrote this? It is well-trod territory in American fiction, with so much great work out there, especially from the last decade. Did that make writing this more difficult for you?

NH: You know, I look at it more as inspiration. The Known World was my biggest inspiration. That's a book that offered this unique window of its time. I didn't know that there were Black people who were born free [becoming] slaves, and I was like, "Whoa, what?" As a fiction writer, you think, "Wow, that's a story that deserves to be told." I had a writing teacher who told me that when you write a novel, you're going to the cafeteria to the popular table and all the writers from the past are there, and you can sit down and tell a story, but if they've heard it before they're gonna kick you out. So always come with a story they haven't heard. I wanted to bring a new story to the table, and I knew that if I was starting from that position that the inspiration or the influence will be there, but that chatter's always going to be there and I just have to tell my story and add my little piece to the puzzle, to this greater fabric of narrating history and narrating of the world that we're all trying to accomplish as fiction writers.

The Sweetness of Water

A version of this article appeared in print on June 18, 2021 with the headline: Bring a New Story to the Table