A million dollar renovation transforms a city landmark, but the spirit stays the same 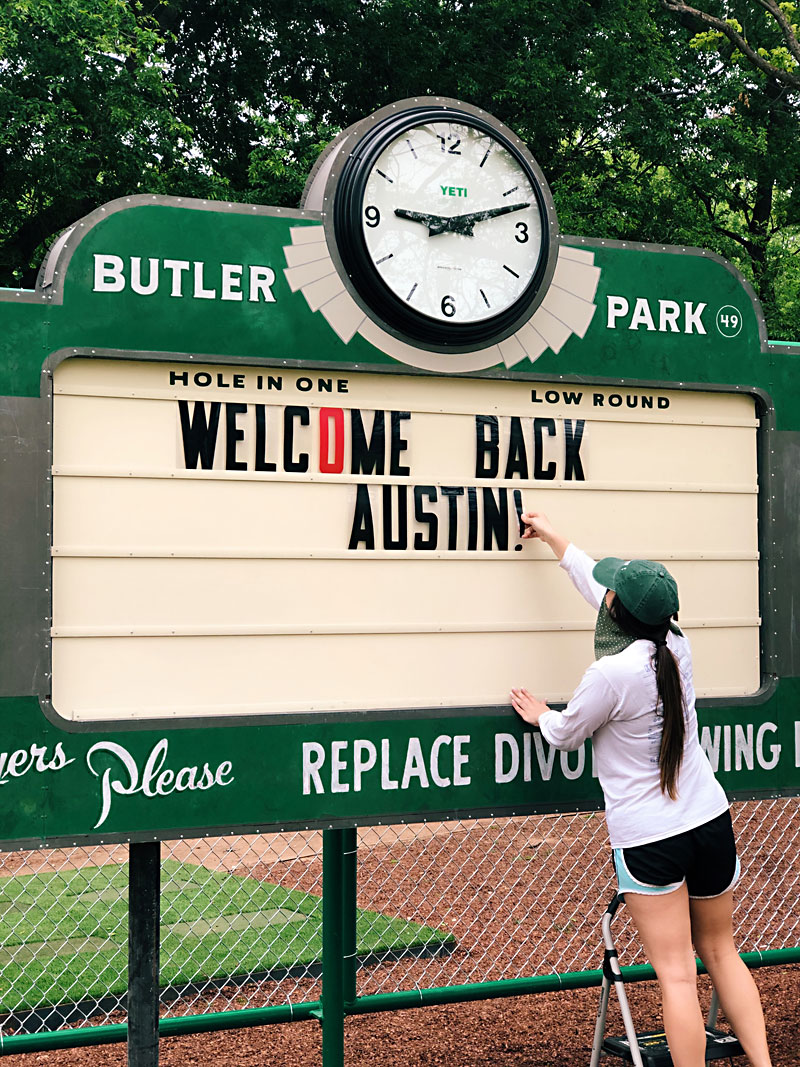 My earliest memory of Butler Pitch & Putt is of mosquitoes and shame. Mosquitoes because the course ran parallel to West Bouldin Creek, where heat and insects rose from the water. Shame because I was a terrible player. My 11-year-old arms hacked much more grass than golf balls.

The swings of my dad and older brother were athletic, leisurely. It was a simple course, they said. Just a par 3. Hole after hole their balls sank into the white cups. Mine flew into brambles of trees, rolled into other golfers' fareways, or did not move at all. By the ninth hole, the excuses – "I had dirt in my eye!" "It's too hot!" "I can't do it when you're watching me!" – ran dry. There was nothing left but the quiet indignity of climbing back into the car, covered in dirt.

Since 1950, Pitch & Putt has been a tradition for many Austin families, including mine. The Kinser family operated the course for seven decades, leasing the prime Downtown acreage from the city of Austin. In 2019, due to a clerical error, the contract for the lease changed hands to Pecan Grove Partners, a group of investors including Austin City Limits Music Festival co-founder Bart Knaggs. The group spent two years and $1 million improving the course. This April, it reopened to the public.

I saw pictures of Pitch & Putt's renewal on Instagram. With a freshly painted clubhouse, a sprawling beer garden, and decadent biscuit sandwiches crafted by Olamaie chef Michael Fojtasek, it looked nothing like what I remembered. The grass was manicured. The branding was chic. Austin's skyline gleamed in the distance.

To me, the reopening felt like a symbol for something bigger.

I left Austin for Manhattan five years ago, but when the unthinkable happened in 2020, I came back. The change was stark: Construction cranes dotted the sky. Condos towered where they hadn't before. Teslas proliferated. Austin became cool. 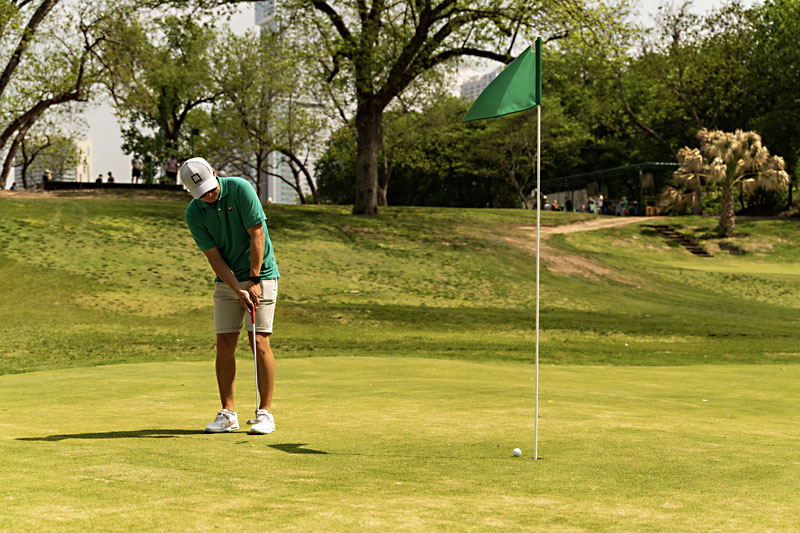 In line at the Seaholm Trader Joe's, surrounded by athleisure and exposed abs, tan legs and blinking Apple Watches, I felt again like that 11-year-old. Why wasn't I coming from an OrangeTheory class like everyone else? Where was my yoga mat? I put away the frozen hashbrowns in my cart and bought bananas instead. Even the Austin Public Library, a longstanding haven for introverts without hand-eye coordination, was rebuilt into something tall and beautiful.

But I'm an Austinite, too, I thought, going back for the hashbrowns. I have a 512 phone number!

Last week, I decided to settle it. I decided to return to Pitch & Putt to play nine holes and reconcile my feelings about my hometown – and myself. I was not 11 anymore. I was a capable adult. I could pay taxes and buy car insurance and clean under the sink. I could golf.

I picked a weekday and made a note on my calendar. "After work, go." But as I walked up the grassy hill toward the clubhouse, eyeing the crowds of players sipping beer and laughing together, some with custom putters and silver pitching wedges, my nerve wavered. Did I even remember the rules?

After making two laps around the building, considering the quickest route back to the car, I went in. "I'd like to rent one ball and one club," I said.

The woman behind the counter leaned in. "Honey, it's not worth your time," she said. "There's already an hour wait to tee off and the sun is getting ready to set." She pointed to the refrigerator of beer. "But you're welcome to have a drink and hang out."

I did. Over a Native Texan beer and a thick pimento cheese sandwich, laden with tomatoes and served on crusty white bread, I watched the sun sink behind the course from a picnic table. Leaves fell from the historic pecans. The grass stretched out before me, green and lush.

Near the end of my beer, a stranger came over and asked me a question. A member of his group had to go home, leaving an open spot. Would I like to join them to play? As he asked, I remembered what I've always loved most about Austin, what will always be true: The city opens its arms to everyone.

You just have to show up.

Seven Decades and One Wall Apart: Finding Friendship on Either Side of a Bouldin Creek Duplex
Two women at different stages of life keep company during a pandemic 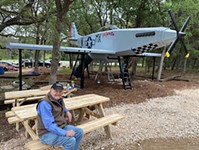 In Buda, Mini-Golf and War Memorial Are Ingeniously Paired
A veteran's story inspires across generations at the Memorial Miniature Golf and World War II Museum