Amy Gentry Is All the Rage in Her Third Novel, Bad Habits 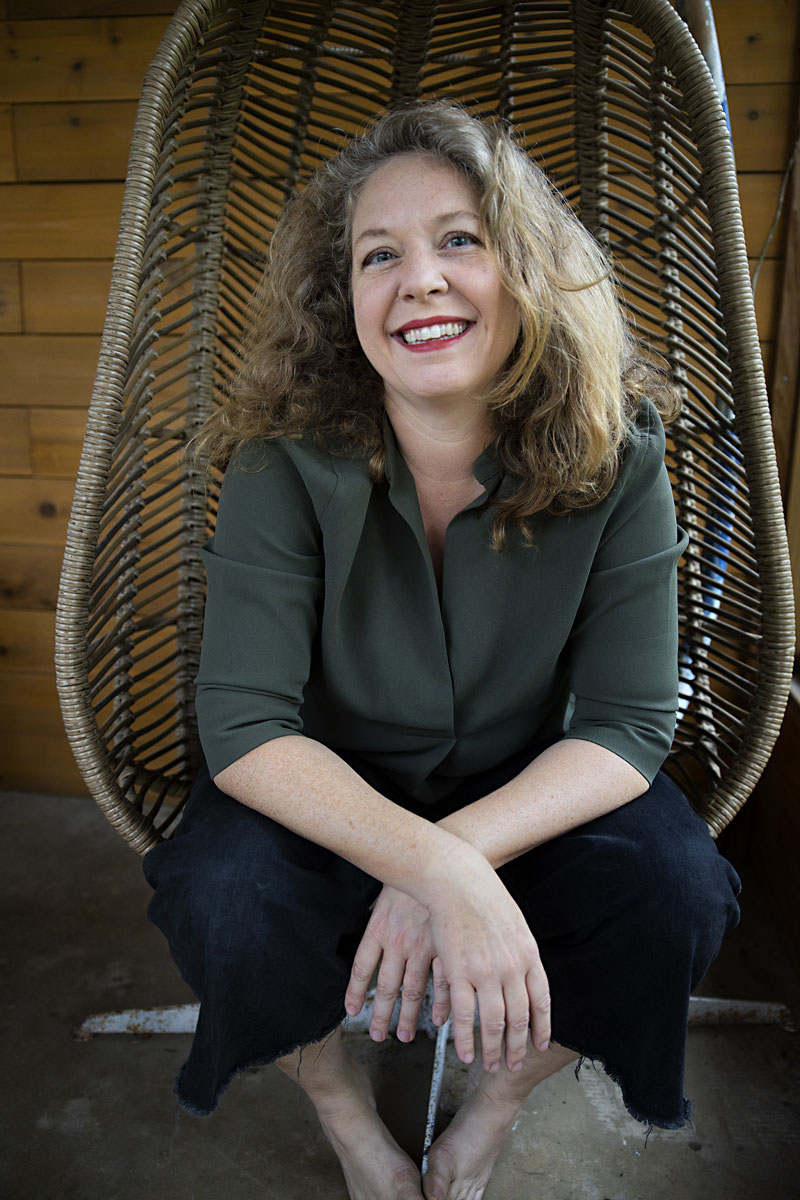 They came to her in a dream: two characters, female friends reconnecting after many years, one with "this murderous intent toward the other." Austin-based writer Amy Gentry was excited about making them the basis of a new book – there was just the question of setting. "I thought to myself, 'What is the place I've been in life where I can imagine someone becoming a supervillain?' And you know, basically it was grad school," she explains with a laugh.

Where she'd been was the English Ph.D. program at the University of Chicago – where she'd "personally felt so deformed by [her] environment" that she moved back to Austin to finish her dissertation because this was the last place she remembered feeling happy. Since then, she's written book reviews, essays, and columns that have appeared in this paper, the Chicago Tribune, Salon, The Paris Review, and the Los Angeles Review of Books; as well as authored two novels of suspense that earned national (and The Austin Chronicle's) attention, Good as Gone and Last Woman Standing; and Boys for Pele, an entry in the 33 1/3 music criticism book series. But the draw of writing about her experience in higher education remained. This February, it coalesced in the publication of her third thriller, Bad Habits. The novel kicks off, yes, with the reunion of two former childhood friends at an academic conference. One of them – Claire, a consummate survivor who used to go by "Mac" – is a star speaker at the conference. The other – the moneyed and universally adored Gwen – has abandoned academia and is about to get married. The former is seething at the latter, and the book unravels their mutual past at a grueling but intoxicating graduate humanities program colloquially referred to simply as "the Program."

Gentry generously hopped on a Zoom call to discuss female rage, skewering academia, and all the different types of suspense that live in Bad Habits.

Austin Chronicle: In your novels, it feels like there is a through line of women handling a rage at something huge – an institution, rape culture, economic circumstance. I'm curious about that anger as an interest of yours, and if there's any type of sisterhood you see your protagonists as being in.

Amy Gentry: Definitely rage is an ongoing interest of mine, because it's a feeling I have all the time. I think that in women, rage expresses itself differently than in the ways we are accustomed to seeing it from men because it's less socially acceptable. So rage can look like depression or like guilt, actually! I'm interested in how it sort of deforms our experience as women to be trying to find acceptable pathways for that rage.

Whether it makes a sisterhood is a difficult question, because in all of my books the relationships between women are very fraught. In Last Woman Standing, I was really exploring women's ability to stand up for each other or support each other or even avenge each other, and I think the reason I write such dark books is that I don't really feel like we're – you know, we're in a sort of capitalist patriarchy. There isn't really a lot of room for true solidarity. I don't know that sisterhood is as utopian as we make it out to be. I have the most interest in relationships between women, so I'm always going to be probing that, but I'm probing the sore spots, you know?

AC: I kept thinking about the movie Parasite while reading Bad Habits, about what it means to create a survivor and whether being wealthy allows someone to be nice. 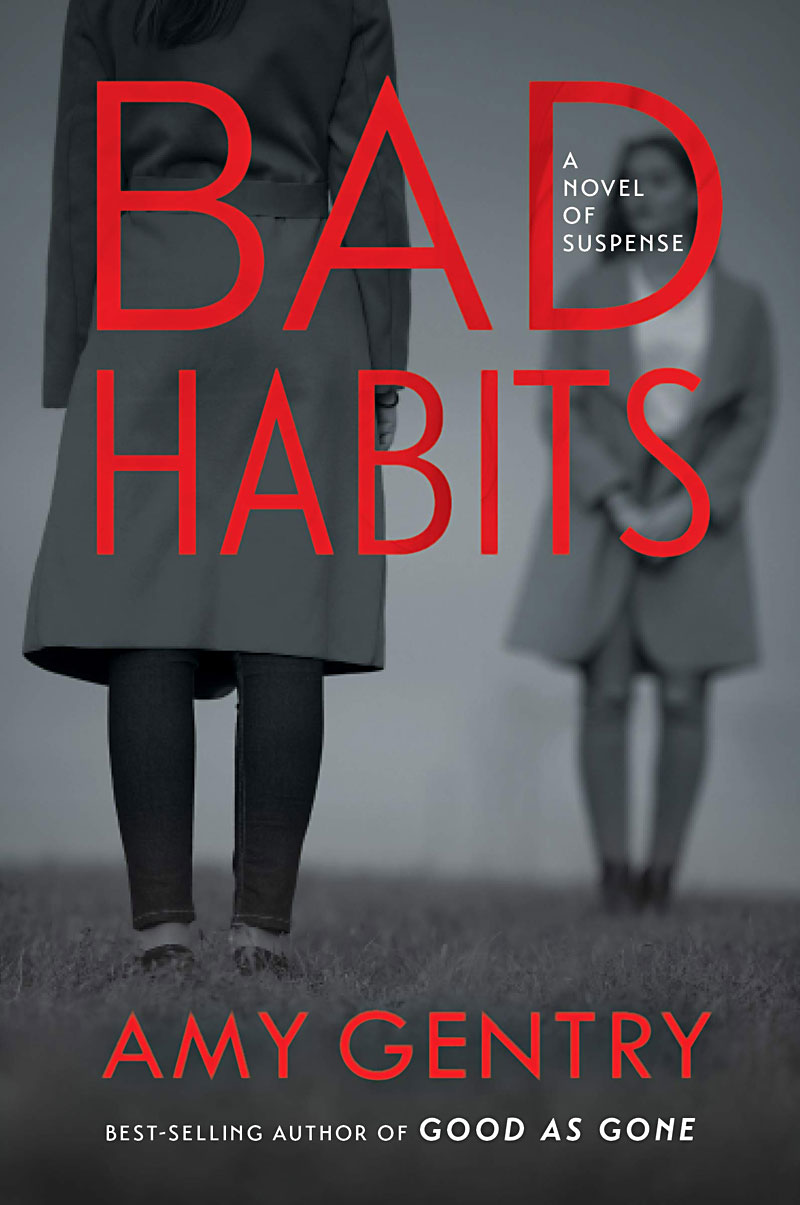 AG: I love that because Bad Habits is my most, I think, thoroughgoing effort to really look at a closed system and to see what happens in that structure between race and class and gender. The protagonist [Mac] is from this different class background, or at least she feels like she is, from her friend Gwen. And it doesn't put her in a benevolent frame of mind to be the underdog, right? [Laughs] There are these other, mostly non-white characters who [Mac] forms these very fleeting moments of solidarity with, but ultimately she's still very much stuck in this "there can only be one" mind frame because that's what this particular system is fostering.

AC: You've talked about the idea of villainy being a function of circumstance with Mac and I'm curious about how that logic applies to the graduate program in Bad Habits. Because it certainly feels like the Program qualifies as a villain of the book.

AG: [Laughs] Yeah! I'm just now catching up to something from your last question – you said something like "how to create a survivor"? It's just a really great way to describe what I feel like I'm doing in all three of those books. They are just about surviving – not as a virtue, but in fact as something that changes a person in ways that they don't have much control over. To believe that survivors are sort of ... pure is to inherently disbelieve a whole category of people because they're not behaving properly, because they're unsympathetic! A lot of people find homeless people and victims of sexual and domestic violence repugnant, and that's a failure of imagination that I'm always trying to attack in these books. Villainy and victimhood are categories that are very often overlapping, and they're always contextual and they happen within a system that determines what behavior is villainized. Can you really say that someone deserves to be called a criminal because they lost their home? It seems like the system there is the clear villain.

[Graduate school is] fun to depict because it's this little microcosm. You can control all the variables and push character really hard. But also when I was creating the Program, I had a really thorough knowledge of the specific ways those types of high-pressure competitive academic environments divide students from each other and exploit and alienate the students. In my graduate program, women of color were pushed or bullied out of the program. Or just [air quotes] coincidentally, they all dropped out. And I had absorbed a lot and heard a lot of stories – not just from my department, but from lots and lots of departments – so I felt a little more confident to depict not just Mac's experience, but the whole landscape.

AC: On top of the traditional elements of suspense, I felt so much anxiety about Mac just staying afloat in Bad Habits! How did you approach building tensions like paying bills and being overwhelmed by classes?

AG: That was built into the book from the beginning because I think, for Mac, everything is about money. [There's this] contrast between her having to send money back home to her mom, who has no idea what she's doing at this place, and this life she's trying to live that's totally ethereal – the upper tier of theory and ideas. One thing I had to figure out early on was like, why is Mac drawn to this line of work if she is trying to escape poverty? Because [academia is] never a high-paying job, and now it's very unstable as well. I think the thing is, for Mac, the ultimate luxury is the life of the mind, even if you're living in a garret. Virtue is the luxury good she can't afford. She can afford, if she works hard enough – she thinks – to live in a place where no one talks about money. And that's her highest aspiration, to live in a world where you don't have to talk about it or think about it ever.

The professors that she admires don't look like they're wearing expensive clothes – they have sort of artsy, bad haircuts, you know? They're not glamorous, but their expensiveness is in the fact that they don't have to look expensive. [Laughs] It was really important to show scenes of Mac waiting tables, show those detailed scenes where she's trying to figure out how much money she needs on a weekend shift to send home and also have enough to pay her rent. I just tried to subtly put those price tags on everything, because I think that's how a lot of people are just living, even in the middle class. That's how most people think about money, even if they're not talking about it.

AC: You've kind of hinted in other interviews that you originally saw Mac as a person whose exploits we could follow over many books. I'm just curious – should we keep our eyes peeled for more?

AG: I mean, the book would have to sell a lot of copies for that to be a possibility! [Laughs] But I do have more Mac stories in mind. Because I think Mac doesn't know who she is, so she travels from place to place kind of looking for that something, right? So she has other environments she kind of sneaks her way into and has adventures there. But, yeah. I also – I think whenever you start a series, you never count on it going on. And one thing about this character is I can imagine writing another Mac book like 10 years from now, after writing a bunch of other stuff! It's not like they have to happen in immediate sequence. Like Patricia Highsmith's Ripley novels – which now everyone wants to write, including me! – she wrote those years and years apart, over her whole life. If I ever got the chance to write another Mac novel, that's more how it would be. But, yeah. She has a lot more bad habits to explore.