One version of the origin story of the zodiac 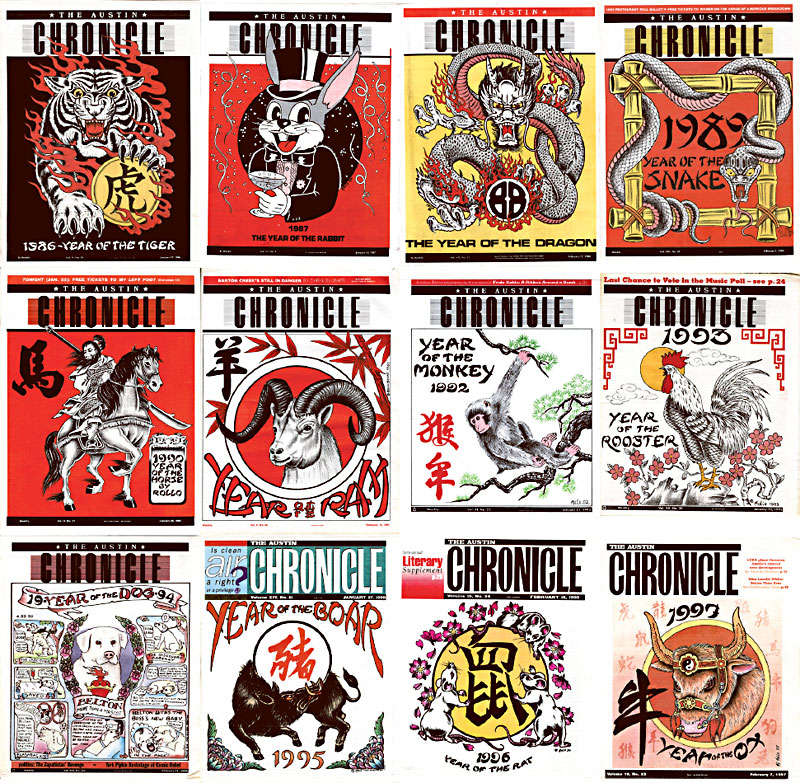 If you've ever read a Chinese restaurant placemat, you already know that Eastern astrology follows a 12-year cycle of animal-themed years, beginning with the Year of the Rat and continuing on ad infinitum. But how did this come to be? Glad you asked.

Once upon a time, O best beloveds, as the moon turned its face toward the glimmer of a new year, the Great Buddha summoned all the beasts of creation before him with the promise of a gift for those who obeyed. Apparently, quite a few animals had something better going on because only 12 showed up to claim the mystery prize.

Now a lot of idols might have been miffed by the lukewarm response, but being the divine guy that he was, Buddha graciously overlooked the snub and offered to name a year after each of his guests in the order they arrived: Rat, Ox, Tiger, Rabbit, Dragon, Snake, Horse, Goat, Monkey, Rooster, Dog, and Pig. Oxen, please note that you should have been first, but the clever Rat stowed away in your ear, leaping out ahead of you at the last minute. Thus, the Rat not only got first crack at the cheese dip, but the right to the lead slot for all eternity.

Eternity is a long time, so to make it interesting Buddha also set up a side deal with the elements: Metal, Water, Wood, Fire, and Earth. The math gets a bit tricky here, but basically each creature-element duo comes around once every 60 years, and none of them are really a problem except the Fire Horses, who do have this unfortunate tendency to bring disgrace upon their entire families. But hey, unless you or any of your close relatives were born in 1966, that's really nothing to worry about.

One last note: Your sign is generally determined by your birth year, but because the date of the new year varies with the lunar cycle, those born in January or February may actually come in under the previous year's sign. If your birthday falls in either of those months, best consult your favorite non-monopolistic search engine for details.

Finally, remember that while every sign has its strengths and weaknesses, each one carries traits that can add up to an amazing human being (yes, even you Fire Horses). We all have the chance to live out our better natures. Let's try.