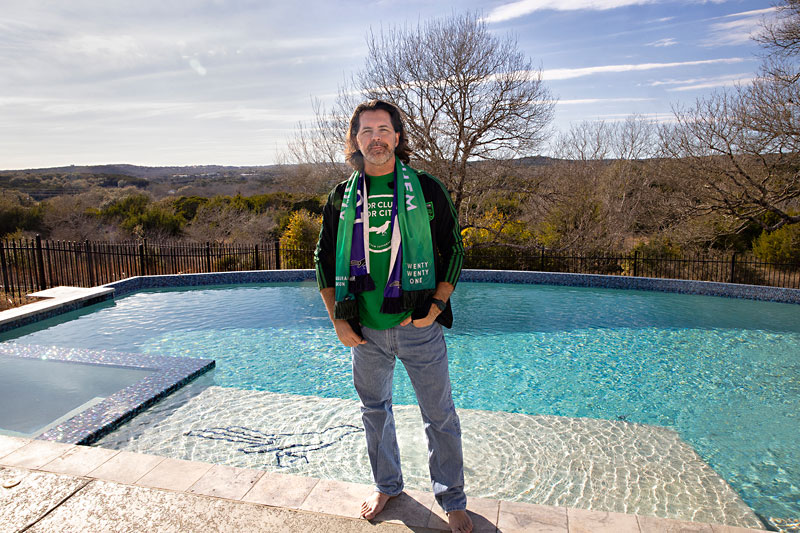 Austin Anthem president Josh Babetski at his home in Dripping Springs, where even the swimming pool is adorned with the group's signature grackle logo (Photo by Jana Birchum)

If soccer is a religion, as the late Diego Maradona believed it to be, the stadium in which it is played must be the church and the fans its pious congregation. Also present, unmistakably, is a choir, lifting the voices of the faithful and leading them in song. In the English-speaking world, that choir is known as the supporters' group.

Composed of the most dedicated, most vocal fans, North American supporters' groups are the (slightly) more civilized offspring of radical "ultra" groups of European and Latin American footballing lore. Traditionally, supporters' groups inhabit much or all of the grandstand area behind one of the goals, known as the supporters' section. Seats (if even installed) are seldom used. Flags are flown. Songs are sung and chants are chanted. Often, the level of energy pulsating throughout the stadium during a match has more to do with the supporters' groups than the teams on the pitch. 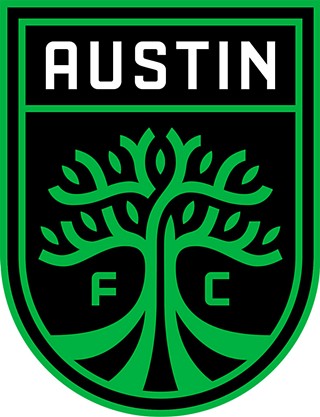 In the Texas capital, where Austin FC marches closer toward a spring debut as Major League Soccer's 27th franchise, its largest supporters' group even predates the birth of the club it now devotedly supports. In 2013, a smattering of soccer-starved Austinites led by Josh Babetski formed "MLS in Austin Supporters Group." Their mission? Drum up community support and lobby city officials to clear a path for top-flight soccer in Central Texas.

"For years there were a few of us who talked about Austin as this great untapped soccer market," Babetski said. "Every step along the way has been just this peeling back of who's ready to commit and get on the bandwagon."

But there were false starts. Dead ends. Setbacks. Mostly, there was waiting. Multiple iterations of lower league soccer and the odd Liga MX (Mexico) match in Round Rock entertained but didn't satisfy. Finally, when Anthony Precourt, owner of MLS's Columbus Crew, announced in October 2017 that he was targeting Austin for his club's relocation, the MLS in Austin contingent mobilized. For 10 months they pressured Austin City Council to find a way to make it so, packing the chamber for every consequential vote.

Although Mateo Clarke, a city software developer, was already well acquainted with City Hall, he never expected to find a community of like-minded soccer lifers there. "You could tell that these were going to be the die-hards," Clarke said. "They were also thinking about songs and chants, were thinking about the supporters' section, culture ... just the people that were already thinking ahead."

The transition from advocacy group to full-fledged MLS supporters' group began immediately but not before a rebrand. "'MLS in Austin' is a really great name to tell people what you're trying to do [but] it's a very stupid name for a supporters' group," Babetski said.

"Austin Anthem" won out as the replacement. The nonprofit volunteer organization quickly shot past 1,000 members and obtained a seat representing Austin on the Independent Supporters Council – think the United Nations for rowdy soccer fanatics. Without actual AFC matches to attend, Austin Anthem hosted meetups, watch parties, and philanthropic events across the city to build momentum. "We would essentially barnstorm," Babetski said.

When COVID-19 red-carded all of civilization last spring, AFC and its fans had just celebrated the one-year-away mark. Sud­den­ly, meetups gave way to Slack channels and watch parties became Zoom watch parties. The energy dropped and the momentum stalled. Differences of opinion escalated in the absence of the ability to settle issues the way the sports gods intended. "A bar table and a couple of beers goes a long way toward getting through the crust," Babetski said. "When you're exchanging emails and Zoom messages, it's a lot harder to kind of get back to empathy and humanity."

Eventually, last May, a faction of longtime members broke away to form a new supporters' group called "Los Verdes," named after Austin FC's primary color. President Gabriela Navarro said Los Verdes focuses on the finer details of the game day experience, "whether it's the color, the art, even the smoke that we use, just to create a hype and show people what soccer is all about." 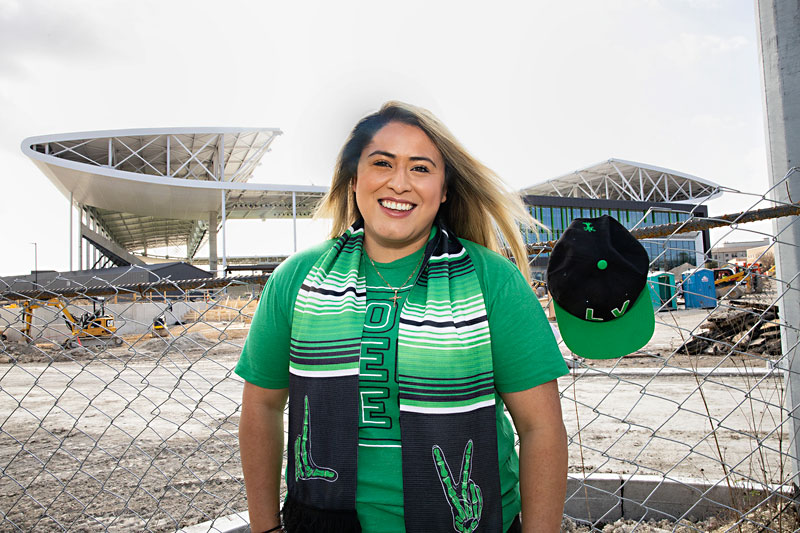 An MLS club hosting more than one supporters' group is far from unheard of. In fact, Los Angeles Football Club and Atlanta United, two recent MLS expansion teams lauded annually for their game day atmosphere, seat several independent groups in their respective supporters' sections. On game day though, it's nearly impossible to distinguish one group from another, and that's completely by design.

According to Maura Gladys, who covers supporters' groups in her newsletter American Tifo (referring to the painted banners fans display before games), the strongest supporters' cultures offer variety without sacrificing unity. If Austin can achieve that unity, Gladys believes the potential is immense. "It's a city with a ton of culture that knows its identity and can express it well. That plays into the wheelhouse of what makes a good supporters' culture."

Despite the shared desire between Austin Anthem and Los Verdes – plus smaller groups like Oak Army New Braunfels and Burnt Orange Brigade – to join forces for game days, both sides acknowledge there remains lots to hash out. "We're like 3.5 months into trying to talk about those kinds of things collectively, and it's made very little concrete progress based on where we are now," Babetski said. "There needs to be a real sense of urgency."

"Once we're at that stadium, it's green and black and it's Austin FC for the whole 90 minutes. That's the thing we need to focus on," Navarro said.

The exact date and opponent for Austin FC's first home match is unknown, but continued COVID-related attendance restrictions are all but guaranteed. It won't be the sellout environment the Verde faithful dreamed of while nodding off at City Council. But there will be soccer. There will be (some) fans. And there will be a uniquely Austin choir to lead them in song.