Staging Human Resources: The Musical Despite the Pandemic

Mallory Schlossberg knew she'd face challenges staging her new musical now, but she decided to just do it and figure it out 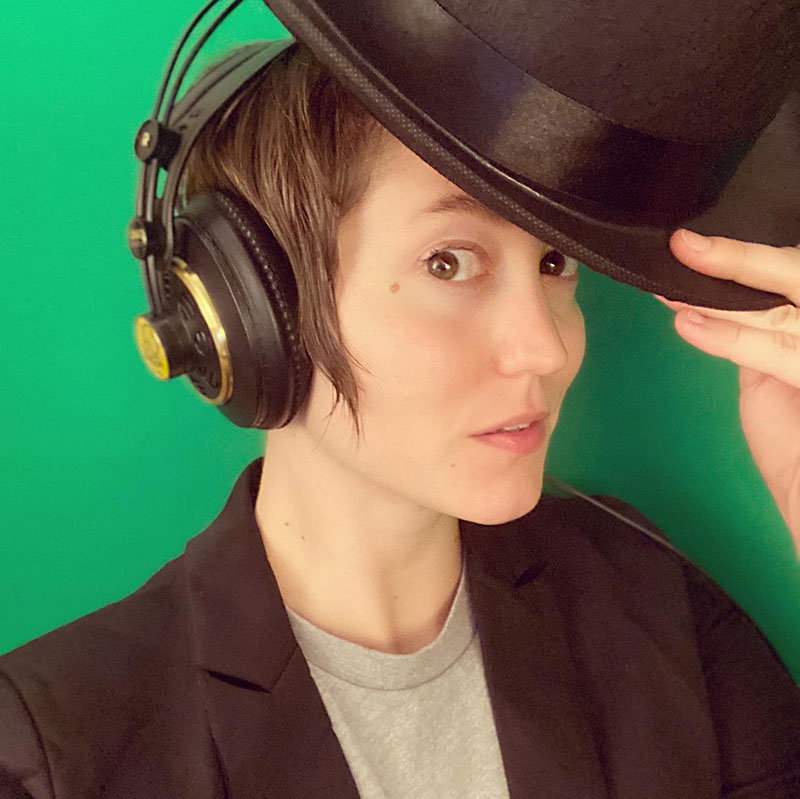 Charissa Memrick as the Recruiter in Human Resources: The Musical

Back in the day, all you needed to stage a musical was your uncle's barn and the let's-put-on-a-show, gee-golly gumption of some starry-eyed theatre geeks. Now, even if you had an uncle with a barn, you couldn't stuff enough theatre geeks in it to fill a kickline without a ton of testing and quarantine time. Of course, you can stage it in Uncle Internet's virtual barn, but that means dealing with Zoom rehearsals and performers in little boxes and connectivity issues and audio lag and ... it's a lot.

But that isn't stopping Mallory Schlossberg. The local improviser and teacher of musical improv has assembled almost 30 starry-eyed theatre geeks to take on the challenges of the ZooMusical format and is ready to premiere an original work online this weekend. Human Resources: The Musical, co-created by Schlossberg and composer/arranger Alexandra Smith, livestreams this Friday and Saturday, Dec. 4 and 5, and continues Dec. 11 and 12.

Don't assume from the title that this is some tepid tale of office management with musical numbers about job performance review forms and workplace training videos. Schlossberg describes the work as a horror-comedy, and the plot synopsis certainly lends a double meaning to "human resources": Deeply in debt and desperate to conceive, heroine Emily takes a job with Greener Pastures, a behemoth in the health food biz with a corporate culture heavy on the "cult." After she's accepted into the GP "family," Emily discovers that pregnant women take maternity leave and mysteriously never return. Does this have anything to do with Greener Pastures' mission to "feed the Earth"?

"Little Shop of Horrors is one of my all-time favorite musicals," says Schlossberg, citing its blend of dark humor, horror, and heart. "I absolutely love that tonal mix. There's certainly a unique blend of tones in Human Resources." She won't divulge other sources of inspiration for fear of spoilers, but suffice to say they draw from works of horror as much as from musicals. That genre felt really fitting for a work aiming to satirize toxic work environments and how they treat women. "You know, like they're disposable," says Schlossberg. "Given the way that women have dropped out of the labor force in droves during the pandemic, it feels oddly fitting to be telling a story about the false binaries presented to women."

Schlossberg's work on Human Resources predates the pandemic, but it was meeting Smith this spring – trying to figure out how to make musical improv work over the internet – and inviting her to collaborate on the show's creation that really kicked it into high gear. Within months, they had a full book and score, at which point they really needed to hear it performed by people other than themselves. So Schlossberg decided to stage a production, even if it meant one on Zoom.

"First, I love a challenge," she says. "But really, what it boils down to is that I wanted to put this show up and I refused to let setbacks or limitations stop it from happening. From a development standpoint, Alex and I were ready for singers and actors to perform the material. We wouldn't know what worked or didn't work. But above all: We need theatre and art right now, and I felt compelled to make something happen. I don't think you wait for art. You just do it and figure it out."

No question, an online production of a new musical offers a production team a wealth of things to figure out: working remotely, engineering the sound, syncing the music, working out scene transitions, figuring out virtual dance choreography (as well as virtual fight choreography). Plus, the show is being performed in real time, live, with prerecorded, mixed, and mastered sound, so the stage manager, crew, and cast will be syncing up as they would in a real production. Still, Schlossberg insists all that was okay: "The limitations and complications have turned into gifts – our team has come together to solve really complicated problems, and they've come up with really creative solutions! And being a part of a creative community putting on a show amidst such a difficult and challenging time has been an extremely positive experience. I'm not saying this show is here to save the day – it's a campy musical comedy, after all – but I do hope people are inspired to stop waiting on that project they've been trying to create and turn technical setbacks into new creative opportunities." 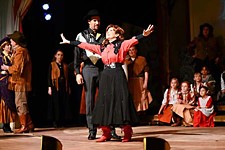 Of Thee I Sing (and Dance)
The musical is America's gift to theatre, and here's the local state of the union