YA Novelist Elizabeth Acevedo Has No Room for Hopelessness 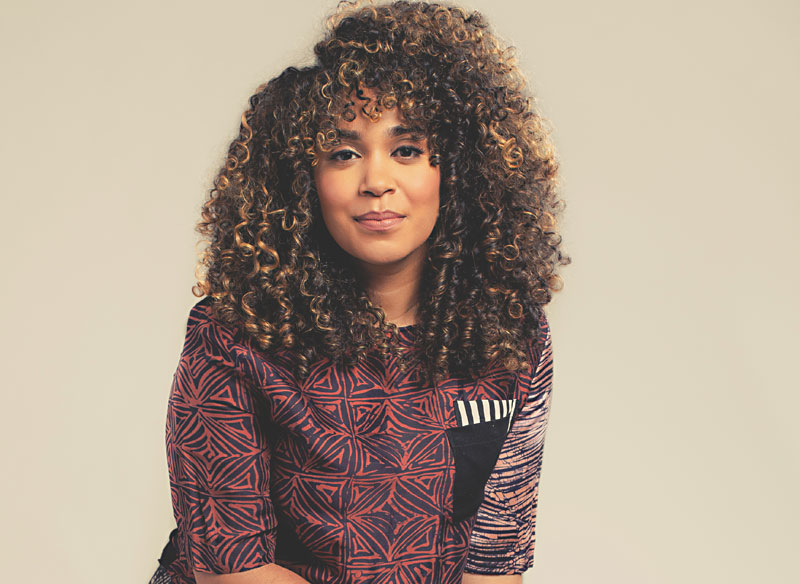 About halfway through Clap When You Land, protagonist Camino Rios reflects, "I remember that to walk this world / you must be kind but also fierce." Kind, but also fierce. It's one of countless wise and lyrical lines that make up Elizabeth Acevedo's most recent novel. It's also an apt way to describe one of the guiding principles for this author's writing, work, and life.

In 2018, Acevedo won the National Book Award for her novel in verse, The Poet X. Since then, she's released two more novels: With Fire on High in 2019 and now, Clap When You Land, both to critical acclaim. In addition to her publishing success, Acevedo has used her voice to persuasively advocate for greater representation in young adult literature. She is adamant about the need for a more diverse canon, one, in particular, that does a better job reflecting the diverse experiences of Black and brown kids.

Clap When You Land, also written in verse, tells a story from the alternating perspectives of two sisters: Camino, who lives in the Dominican Republic, and Yahaira, who lives in New York. The two learn of each other only after their father dies in a plane crash. In the wake of this tragedy, Camino and Yahaira must reckon with long held family secrets as they mourn for their father and begin to make sense of his complicated legacy. Like all of Acevedo's work, Clap When You Land is about a lot of other things, too. It's a meditation on home and place, an exploration into private and collective grief, and, most essentially, a loving, intimate portrait of what it is to grow up.

Acevedo is a keynote speaker at the 2020 Texas Teen Book Festival, so we connected with her to talk about her latest work.

Austin Chronicle: My favorite thing about Clap When You Land is its main characters. Camino and Yahaira are such deep, complex, smart people. I feel like I know them. How do you create the people in your books?

Elizabeth Acevedo: Every character is a different amalgamation of imagination, memory, referential people in my life, and general observations I make. Some characters might be more heavily reliant on my experiences and relationships. Some characters I don't know at all. I need to give them a secret or blow something up in their life to see how they react. So much of writing for me is listening to the dissonance in characterization and then trying to figure out how the chords should sound.

AC: Do you start with plot or characters? I know you've said you wanted to write about the Flight 587 tragedy. With this novel, did you also have in mind that you wanted this to be a story of these two young women?

EA: Perhaps neither plot nor character, but premise and the right figure to best push at the constraints of the premise, if that makes sense? I am definitely character driven, but I like to have a meaty hook as the foundation, even if I may not be sure where I'll end up. In this case, I've been doing research on Flight AA 587 for years, and looking at my notes and articles I was struck by how plainly certain secrets were disclosed after folks had died. And then characters began taking over the premise, but I didn't know when I started that these two young women would be at the heart of the novel. The idea came from reading and imagining and trying to find the plot hangers I needed on which to hang the story.

AC: Clap When You Land is written with alternating, dual narratives. How did you go about writing in this style?

EA: Well, this is where it gets interesting. Initially, the entire novel was written from Yahaira's point of view. In fact, the first draft wasn't even with a sister as the sibling, it was a whole older brother. I was telling [the writer] Ibi Zoboi about the story, and she told me in no uncertain terms that the other sibling needed their voice heard. And well, it was all over from then.

AC: Something I really appreciate about your work is how seamlessly – but also, I imagine, intentionally – you weave in ways your characters experience living under systems of oppression: racism, patriarchy, capitalism, etc. I'd love to know how you approach including and describing these intersectional experiences in their lives. 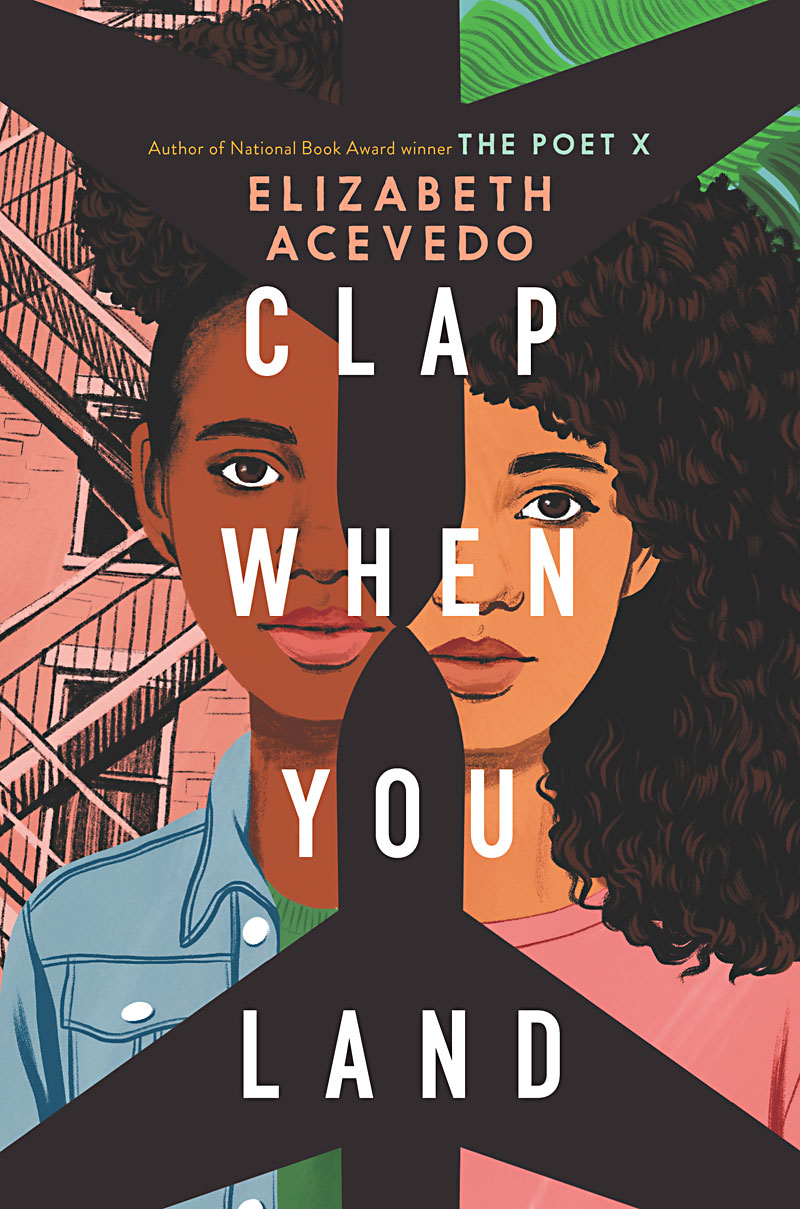 “I work toward hope and I find it pivotal in the works I write for young people; tenderness, I think, has to be at the center of these kinds of stories.” – Elizabeth Acevedo

EA: Ah, thank you for this question! I work to craft characters that are observant of their world and cognizant of their place in it, without imposing my own views or messages. Let the character tell you what they see and sense and let the reader grapple with those experiences, that's my M.O. I was a young person who was very aware of politics and societal issues and strife; I knew at a young age the disparities that exist between different groups of people in this country and elsewhere. It feels important to allow young readers to see some of those systems of oppression lived [and] survived plainly, unflinchingly, on the page.

AC: Do you think about your characters after you've finished them? I'm curious if you've wondered about how they would handle our current moment. I would imagine they'd have joined in the protests this summer. What do you think?

EA: I miss them after a novel is published. After I perform the audiobook, I don't reread the novels, so it's almost like I truly close the chapter. But I'll be at the grocery store and think, "Oh, Emoni would be tickled to see starfruit," or I'll be talking with a cousin and think, "Ugh! If only you'd said this a year ago, that would have been the perfect line for Camino!" Ha! But no, I didn't think of the characters in terms of this last summer. This last summer was so heavy, and hard.

AC: I've always found your writing to be so hopeful. As an adult, getting to read about smart, loving, passionate young people like Camino and Yahaira makes me feel like maybe we aren't as doomed as it can feel like. What are you doing at this time to sustain hope?

EA: Thank you. I work toward hope and I find it pivotal in the works I write for young people; tenderness, I think, has to be at the center of these kinds of stories. I do affirmations daily that help me feel more grounded. I've been listening to a lot of musical acts like Chika, Sir, Teyana Taylor – soulful music that just gets me so hyped there's no room for hopelessness. I've also gotten off of Twitter and Facebook and limited my Instagram usage to an hour a day tops. My curtailing the doomscrolling has made a huge difference, and it's made me a lot more intentional in terms of the content I want to put onto my own social media.

Elizabeth Acevedo will be the keynote speaker at the Texas Teen Book Festival on Saturday, Oct. 31, 10am. The event is free to the public.

A version of this article appeared in print on October 30, 2020 with the headline: No Room for Hopelessness 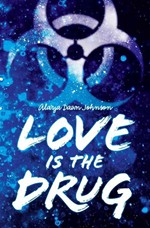