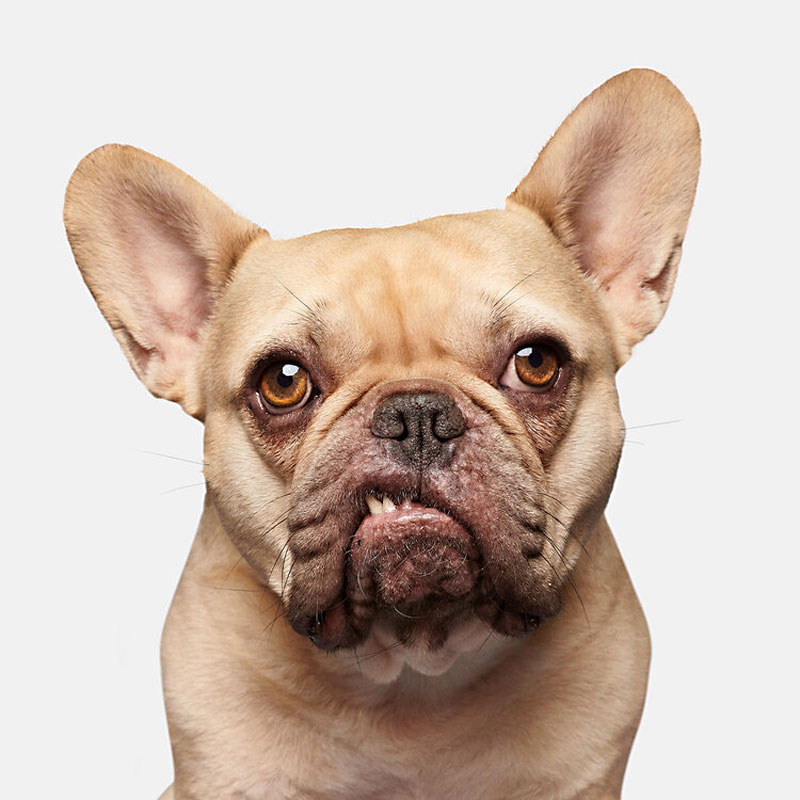 Some photographers might bristle at the prospect of working with a Bengal tiger, a grizzly bear, and an African elephant in a contained studio. But for professional portraitist Randal Ford, shoots like these are just another day at the office. The Texas native has spent over a decade artfully capturing beasts of all shapes and sizes, including exotic creatures like black leopards, chimpanzees, lions, sloths, and many more.

Shortly after graduating from Texas A&M's business school, Ford became interested in shooting portraits of animals while working on an ad campaign for a farming magazine in rural Texas, where he was asked to shoot intimate photos of dairy cows. "They wanted to photograph these cows with a bright colored background, kind of like how I was photographing people at the time," he says about the project. "They wanted to really humanize them and show off their soul and their personality, so to speak."

This visible personality is one of the unique qualities of Ford's approach – he rejects traditional conventions of outdoor wilderness or nature photography, instead choosing to shoot these animals as if they were human subjects, in a brightly lit studio, looking directly into the camera lens. "I've always loved animals, but I've never wanted to be like the Nat Geo guy that goes out into the wild and takes photographs, it just wasn't my thing." He explains the reasoning behind choosing this particular portraiture style: "I got into photography because I loved creating an image, more than just keeping it. So I like bringing all these elements together to create this portrait instead of just capturing a picture of somebody or some animal." Depending on the animal, Ford often works with a large team of trainers and on-set crew to help create the final product.

Ford has built an illustrious career shooting covers for Texas Monthly and Time magazine, as well as material for various advertising campaigns. His newest project showcases 150 different breeds of dog in a 188-page book much like his first photography book, The Animal Kingdom, which featured 150 images of different wild animal species. While his last book was a lengthy process made up of photographs taken over a period of 10 years, Good Dog was shot over just six quick weeks across three cities (Austin, Dallas, and Los Angeles). It features a mixture of professionally trained, rescue, pet, and therapy dogs, along with a portrait of Ford's own pet, a labradoodle named Rosie, as well as a surprise Easter egg portrait of his cat (the only non-canine animal in the book).

Through his art, Ford hopes to convey the sense of intimate connection that he feels animals – particularly dogs – share with humankind. "I think if there's one really important thing about my work, it's that it's meant to engage the viewer. We're meant to look into these animal portraits and see something that moves us, see the essence of these animals, and, I also think, see the essence of ourselves."