Let's Go Hide in the Delightful Designer Forts of Fortlandia 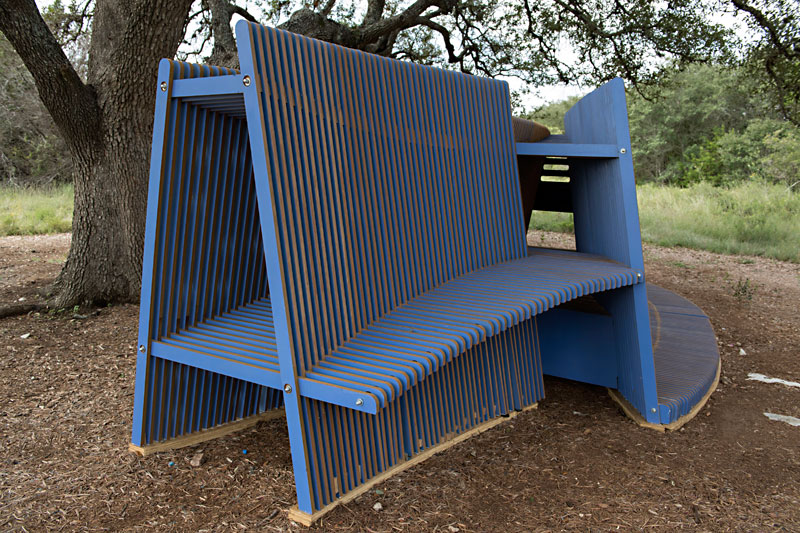 If the wildflowers can still spring up in a year like this, so can the forts. That means you can look forward to a new crop of the latter this week when Fortlandia returns to the Lady Bird Johnson Wildflower Center.

Yes, for a third autumn, the center's arboretum trail will be home to an assortment of playful structures they call "forts," but they're forts of the kind that exist only in the imagination of a child – or maybe not even there since these are conceived and constructed by working designers who bring their professional creativity and skill to the delightful challenge of making a kid-style secret hideout. What's more, they're made by designers who have to really want to make a fort, want it bad enough to work up a formal proposal and submit it to the Wildflower Center, which has a panel of judges – local experts in the fields of architecture, landscape architecture, nature play, and child behavior – who review them and approve just a select few.

The ones that make the cut? They come together in a display that's something like Frank Lloyd Wright and Frank Gehry at play in Neverland: joyful, ingenious, and utterly irresistible – for wee ones and grownups alike. Kids can't help climbing on them and in them, running through them and around them. Their parents take photos and Instagram them – lots of them. (Just check out #fortlandia.) And they do this in droves. Last year's Fortlandia drew 85,000 visitors over its four-month run.

As for the folks making the forts, they have as much fun with them as everyone else. Planning them, they're able to let their imaginations run free in a way they rarely can, to be goofy and impish and whimsical – what about a house where the outside walls are all mirrors so it's like it's invisible? What about a big fence of wooden poles around a tree with a tunnel you can walk through and it's like you're invisible? What about two ships with sails like teepees and a hidden pipe between them so people can talk to each other? – and then they get to see their fanciful creations actually built. Tanya Zastrow, the Wildflower Center's director of programs and you might say prime minister of Fortlandia, has noted the feelings the forts' creators experience during the construction phase. "Watching the designers see their creations come to life," she says, "you can see the joy in their eyes as they realize their dream is becoming a reality."

The realized dream can be short-lived, though, since Fortlandia only runs from October through January. But with designers having shown an increasing interest in sustainability – building forts with materials that could be reused or composted, for example – the Fortlandia team decided this year to ask designers what they intended to do with the forts after the end of the exhibition. According to Zastrow, "We were looking for forts that could have a second life at another location, be recycled or composted, or broken down and reused for other purposes. We wanted to avoid having forts end up in the landfill. The fort by Texas Parks and Wildlife is likely to have a permanent home at one of the state parks, which is a wonderful ending to Fortlandia." 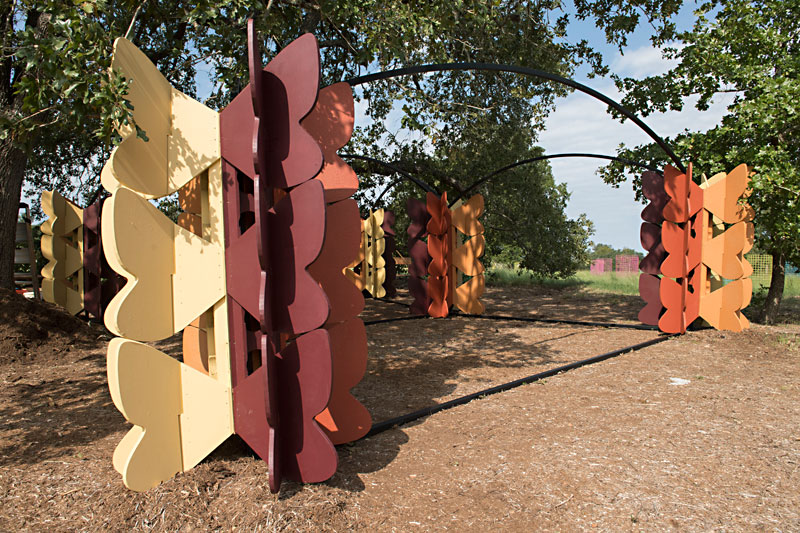 But let's not put the ending before the beginning. Fortlandia 2020 opens this weekend, first for members of the Lady Bird Johnson Wildflower Center Oct. 3 and 4, then to the public at large starting Oct. 5. Of course, this being the pandemic year, adjustments are being made for the Fortlandia experience. The number of visitors will be limited by the hour and day with set entry times, but hours are being extended to 7pm throughout October to allow more people in. Masks are required for children and adults at all forts, and every fort will have hand sanitizer available for visitors to use before and after they enter. Also available will be virtual Fortlandia options, such as virtual field trips for elementary school groups and monthly "meet the designer" events, one of which will be especially for kids so they can ask the designers questions about their forts and maybe learn some secrets about their secret hideouts.

Those designers, by the by, are as illustrious a bunch as ever:

Zastrow agrees. "This year's designers have really gone above and beyond with their designs," she says. Which sounds to us like Fortlandia will be more joyful, more ingenious, more irresistible than ever. And in a year like this, who doesn't need all of that?

A version of this article appeared in print on October 2, 2020 with the headline: Let’s Go Hide in the Delightful Designer Forts of Fortlandia 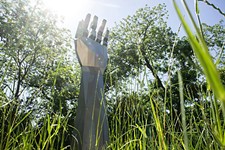 Unglue Your Kids From the TV for These Family-Friendly Summer Activities
Ten things to see and do around Austin, no screens required