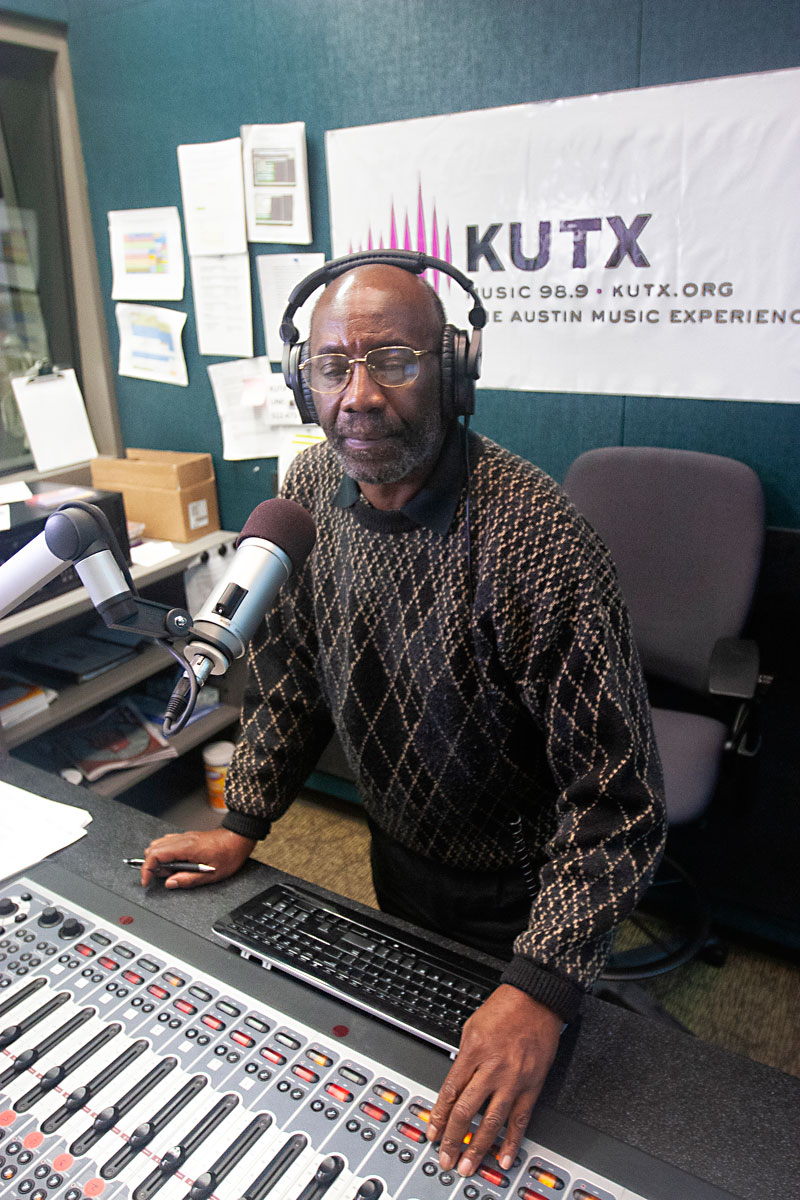 The call to amplify Black voices may have grown more urgent in recent months, but it's been the mission of KUT's In Black America for 50 years now – a milestone the nationally syndicated radio program celebrated this month. For 40 of those 50 years, host John L. Hanson Jr. has been the driving force behind the program, interviewing athletes, artists, activists, and other prominent members of the Black community.

Hanson says he's always had a passion for broadcasting – as a child he had an obsession with radio towers and would often lie awake late at night and listen to the transistor radio in his room – but he originally aspired to be a disc jockey.

"I was always interested in music, but I couldn't sing," he says, "so the next best thing to singing was being able to play the music of artists that I enjoyed." In high school, Hanson would amuse his friends by imitating deejays from his native Detroit. He got his start in the industry when he was 16, after a programming director from a local station saw Hanson emcee a school talent show. "[He] came up to me and asked if I ever considered being a disc jockey. That was when it all started, really. I started working at the radio station after football practice in the summer and after track practice in the spring."

Despite his early success, Hanson's mother insisted he go to college. A football scholarship to Huston-Tillotson brought him to Austin, where he scored a deejaying gig at a station in Lockhart. In 1974 he started working at KUT, where his program Soul on FM would eventually earn him the accolade of "Best DJ in Texas" from Texas Monthly.

Shortly after moving to Austin, Hanson identified a troubling void in the market. "There weren't a lot of people of color on the radio," he says. "There was Bill Moss on the Top 40s station and maybe one or two others. There was little to no news about the African American community on radio or television, and when there was news it was always negative." In 1977 a grant from the Corporation for Public Broadcasting put him on the path to producing public affairs programming, starting with Access. In many ways a predecessor to In Black America, Hanson says that "it was a general public affairs program, but the guests were probably 90 to 95% African American." While the program was Hanson's creation, he credits KUT for believing in the necessity of projects like it.

Hanson took over In Black America in 1980, and he has hosted and produced the program every Tuesday since. (KUTX listeners will also recognize Hanson from his long-running Friday evening show, Old School Happy Feet Dance Party.) He says that the main reason he has stuck around for 40 years is a piece of advice he was given by a friend in 1976, after he was crowned "Best DJ in Texas" and received several offers from radio stations across the country. "He told me, 'Why be a small fish in a big pond when you can be a big fish in a small pond?' So I stayed, and I'd say it's worked out." 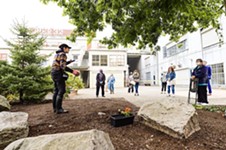