Austin Theatres Are Moving the Stage Beyond Zoom

Companies thinking outside the boxes bring theatre to your radio, your mailbox, and your neighbor's yard 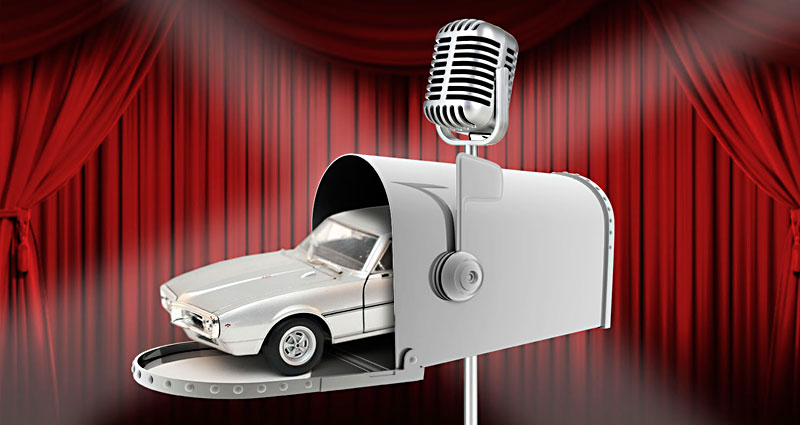 For the first six months of the pandemic, the two words most likely to be associated with the word "theatre" were "none" and "Zoom." For most, this art form as it's been known – with a stage and actors and audience all in the same space – simply ceased to exist when the quarantine went into effect. And for the others – those who thought it could be adapted to this new socially distanced reality – theatre became one more thing to be found on the same platform where everything else in pandemic life – meetings, classes, happy hours – had gone: Zoom. Solo shows, Shakespeare, musicals, all were performed inside the Brady Bunch boxes on your computer screen.

But that's changing. Artists have been thinking outside the boxes, and pandemic theatre is now showing up offline. It's already come back in a parking lot, with audiences in cars watching a live actor. Now, it's coming in a format for your ears only, as missives in your mailbox, and as a series of live installations spread across a neighborhood to be explored in transit.

In another time, some might question whether such shows qualify as theatre. But when the doors are locked and the curtains lowered, why not? As Shannon Grounds, Shrewd Productions' artistic director, says, "I think our present circumstances are making us adapt and interrogate how we can fulfill our function as theatre artists right now, how we can continue to tell stories and engage with our audience in a meaningful way. And we're doing that."

Joining the Shrewds in engaging audiences in fresh ways this fall are Heartland Theatre Collective, which is premiering a new audio drama, Passage; and the Vortex, which is opening The Vortex Odyssey, a new take on Homer's epic presented in installations that audiences drive past. Here, the leaders of these companies share the origin stories of these productions that are moving theatre beyond Zoom.

Letters From Camp Shrewd unfolds in weekly letters sent by quarantined campers to the show's subscribers and ends in a podcast. Each character is written by a different playwright and voiced by a different actor.

Shannon Grounds, Shrewd Productions artistic director: During a company meeting, Anne Hulsman suggested that maybe we could do something by mail? Like, send letters to patrons as though we were traveling, maybe with photos or little things picked up on our "travels." At a time when everything we're consuming is through screens, she thought people would enjoy having something tangible they could hold in their hands – and it struck a chord with everyone in the meeting.

So I started thinking about how we could do something via mail, but in the framework of a story. I decided the letters should be from campers, stuck at fictional Camp Shrewd due to the quarantine! I wanted there to be four characters and for each character to write six letters over six weeks. I wanted there to be some kind of mystery, told from these different perspectives.

Reina Hardy is one of my favorite playwrights of all time, and I knew she could handle this. So I asked if she would write an outline – the basic plot of what happens. At first she wasn't sure, she was super busy finishing a screenplay. But Reina is as addicted to theatre as the rest of us, and the next morning I woke up to five texts along the lines of "I don't think I have time to do this"; "Wait, let me think about it"; "I think I want to do it"; "I'm doing it"; and "It's done." She came up with this amazing story line, archetypes for the main characters, and turned the mystery into a ghost story.

I recruited three other playwrights – Krysta Gonzales, Trey Deason, and Brian Daniel Oglesby – [to write the three campers] and put out a call to the company [for actors], and Taylor Flanagan, Malyssa Quiles, and Jesus Valles raised their (virtual) hands. Reina is writing Jennifer, the camp counselor, to be played by Anne.

I've taken the lead on "artifacts" – objects that the campers send out with their letters. The podcast was Reina's idea, and I think it's going to be an excellent way to cap off the show, as well as an additional way to experience the story.

Passage is an original devised radio play set aboard a starship heading toward a black hole. [Full disclosure: Rosalind Faires, Chronicle Arts writer and this writer's daughter, is on the show's creative team.]

Nicole Oglesby, Heartland co-founder and producer: We started creating Passage over Zoom as a collective at the beginning of the quarantine when we were feeling isolated and eager to make art together again. Originally, we imagined we would mount the play once theatre spaces opened back up; however, when that didn't happen, we decided to change the piece we were already working on into a radio play that was accessible and engaging to our audiences from home. The sci-fi setting was a part of the play from the very beginning because we thought audiences would crave a new, fantastical world after months locked indoors during these difficult times.

Ultimately, the medium of a radio play serves this kind of story well because it creates lots of room for the listener's imagination to build the world with the creators. I also think there is a unique and exciting type of intimacy for a listener consuming the play using headphones without the presence of other audience members. Heartland always strives to create poignant moments that take place in private settings in our work, and this medium amplifies the feeling that the audience member is listening in on a secret and powerful moment between two characters.

Passage will premiere Saturday, Sept. 12, 7pm, on YouTube Live. Afterward, the play will be available to stream on major platforms in smaller episodes. For more information, visit www.heartlandtheatrecollective.com.

The Vortex Odyssey adapts Homer's epic in 11 installations set around the Vortex and Manor Road IBIZ district and designed to be viewed by car, with audio.

Bonnie Cullum, Vortex artistic director: On March 14, we closed [New Manifest Theatre's] good friday and postponed [the Vortex productions] Selfie! The Musical and Annie Jump and the Library of Heaven. That was probably the most heartbreaking moment for me personally, because I was directing Selfie!, and we were supposed to load-in on the 15th.

While I initially hoped for some kind of summer programming, once I saw all of those unmasked men at Home Depot in May, I knew that we were not going to be doing shows. Our annual fundraiser, Salva­dor Dali's Naked Feast, was clearly not going to happen this year, and there were a lot of people doing traditional sorts of fundraisers online. In thinking about how to create a live event that could be safe, unique, and magical, I started with our dirt parking lot and that exploded to a neighborhood scavenger hunt. I wanted to do some kind of driving quest in the Vortex neighborhood and give artists focus and hope.

As I was pondering different ancient tales that were quests, my brilliant husband, Chad Salvata, suggested one of his favorites, The Odyssey. I immediately knew that was the perfect container for now, that it could hold all of the horrors of the pandemics of COVID-19, racism, fascism, and climate crisis.

In June, I formed the concept to use The Odyssey voyage as a container to hold 11 installations in our neighborhood. I reached out to more than 100 theatre artists and about 70 folks signed on to create the installations. I hired directors, designers, installation managers, traffic managers, and performers. I sorted folks into small teams of four-six performers plus a full production team to create each section. We are using what we have to make the different islands. The costume designers dug into old Vortex and Ethos costumes to pull things for the gods and for our post-apocalyptic reality. We talked to businesses on Manor Road and got some partners on board. We contacted neighbors who would be directly impacted.

I am on an odyssey to make theatre again; to hold on until we reopen the Vortex as a cultural harbor. That is going to be the theme of this next season: Odyssey. Because we are all adrift, lost at sea right now, ravaged by storms, seduced by illusion, turned into pigs, eaten by sea monsters. We are all on a voyage, and it is not an easy passage, and yet here we are, all hoping to come home. The Vortex will be there for us, because of this Odyssey.

A version of this article appeared in print on September 11, 2020 with the headline: The Stage Beyond Zoom 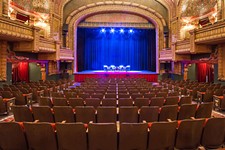