The Many Worlds of Author Marshall Ryan Maresca 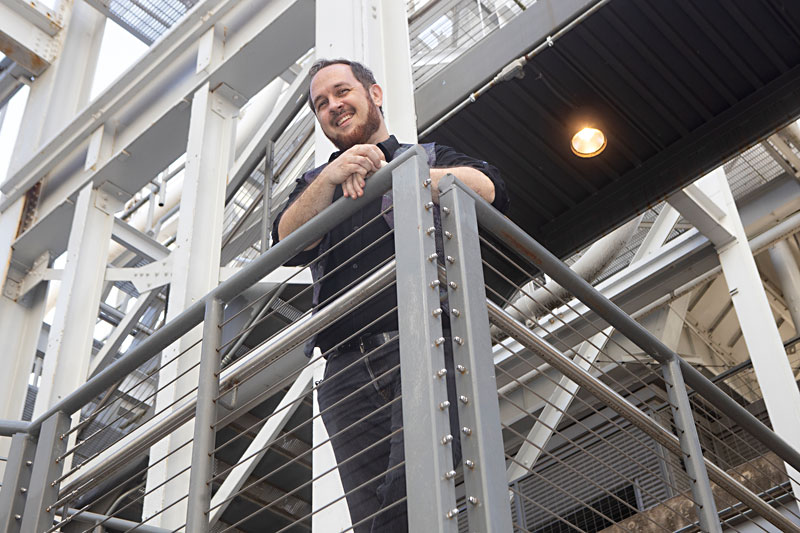 Marshall Ryan Maresca's debut novel, The Thorn of Dentonhill, came out from DAW Books in February of 2015. Five years later – now, in 2020, smack in the midst of a global pandemic – Maresca is publishing four different series of novels with DAW, each series already three books in, each one set in his originally devised city of Maradaine. And there are many more books on the way.

Even those of us who write almost creatively, day-in, day-out, to meet the relentless deadlines of journalism are like, "Maresca, how the hell? How do you write so much so quickly? And how do you sell novel after novel after novel when other writers we know can't even seem to land a publisher?"

We'll answer that last query ourselves, noting that sales of genre favorites often outstrip those of whatever's meant by the term "literary fiction" these days. And when you've got an engaging medieval-style fantasy crime concept – think, initially, Harry Potter mashed up with Batman – and it's filled with compelling characters and brisk yet complex plots, and it's written by a clever and longtime D&D-playing Austinite who cut his scribbling teeth on writing stage plays back in the day, well, okay: Maybe success isn't all that improbable.

But, still – wherefore this sheer amount of writing, brother?

"When I started this particular project," says Maresca over a cup of java and safely distanced at a picnic table outside Thunderbird Coffee on Manor, "I'd already had the world stuff built out, but it wasn't quite working for me. I thought that, since I'd done all the world-building, I needed to show all of it to the reader at once. Which was a terrible idea, and it didn't work. But when I was working on that book – which is now sitting in a drawer and will never see the light of day – I had this sort of wild idea, that drew in part from inspiration from comic books."

Note: Maresca's favorites among comics are West Coast Avengers, Chris Claremont's classic run of X-Men, and Mark Gruenwald's many-charactered D.P.7 – all adding, he tells us, to the authorial influence of such unillustrated story cycles as Zilpha Keatley Snyder's Green Sky trilogy and David Eddings' Belgariad. But, the wild idea?

“Somewhere in my file cabinets, there’s a handwritten piece of paper, where I’ve written four story tracks: one vigilante-by-night, one old-time warrior, one two-brothers-heists, one two-cops-solve-murders. And that was the origin of everything.” – Marshall Ryan Maresca

"I thought, instead of trying to show everything," says Maresca, "why don't I just show one city, different aspects of that? And from there, I could tell different kinds of stories and have them be somewhat interconnected. And so, somewhere in my file cabinets, there's a handwritten piece of paper, where I've written four story tracks: one vigilante-by-night, one old-time warrior, one two-brothers-heists, one two-cops-solve-murders. And that was the origin of everything. And so I slowly built up my outlines of what all these were – and part of that also came from just the way the publishing industry is. I wrote Thorn of Dentonhill first, and then, while I was shopping for agents, I was also like, well, I should just keep writing. But it'd be silly to write a book two of this series without knowing if I sold book one. So I wrote a different book one – the first book of a different series. And then, as I was looking for someone to buy Thorn, I got that second book one done. And I was like, okay, now that I have an agent interested, I'm gonna write another book one. So that, by the time my agent Mike Kabongo was shopping things around, and the editor at DAW was interested, I had the first book of each of the four series already done."

Note: Those four series are: the Thorn novels, following the adventures of one Veranix Calbert, magic university student by day and armed vigilante by night; the Constabulary, focused on two city detectives who protect Maradaine from crimes both magic and mundane; the Streets, with exploits perpetrated by a ragtag gang of thieves; and the Maradaine Elite, which is about a group of privileged yet principled citizens, working their political wiles against an array of criminal forces.

So – it's a collection of dark and doomful narratives, with the sort of bleak inner-city drama that appeals to nihilists the world over?

"Not at all," says Maresca. He pauses for a sip of coffee, his dapper facial hair and signature marbled vest making him look like something of a medieval fantasy character himself. "The big trend in fantasy over the past decade or so – and Game of Thrones is a great example of this – is for it to be this sort of gritty, hard, realistic thing where life is terrible and people die and there's no hope and no chance and everything is gonna go bad. And what I write is not that. And I'm not saying that as a way of disparaging it, because there's a lot of great stuff that's happening there, but I definitely strive to write something that's more fun and more hopeful. That's the sort of fantasy I like to read, and it's the sort of fantasy I like to write."

And that's been true since, at least, his college days, even though that writing was mostly scripts for the stage. "I went to Penn State," says Maresca, "and after I finished there – with a film degree – most of the people who got the same degree as me, they were like, 'Well, we're going to L.A.' or 'We're going to New York.' And I didn't want to deal with either of those cities – they just seem like Too Much. And a friend of mine got into a grad program at UT, and I thought Austin would be a more interesting city, so I loaded up my car and drove down here in '96 to see what would happen. And another friend of ours did the same thing, and the three of us had done theatre stuff at Penn State. We actually started a theatre company – No Refund Theatre – that still exists. And each of us fell into the Austin theatre scene. For me, mostly doing shows with the Vortex or the Public Domain. And then, together, as the Downstage Players, we did this crazy thing called Flame Failure. It was a 12-part, serialized play that we did one show a month for a year, from May of '97 to April of '98, and we did that downstairs at the Public Domain. Dan Bonfitto wrote and directed everything, and I did production work and added creative input, and –"

Hold on – a 12-part, serialized play, every month for a year?

"Yeah," chuckles Maresca, "you wonder where I get it from, huh? Flame Failure was the sort of grueling thing you can only do in your 20s, because we were all working full-time jobs and then we'd do that. And then I wrote one full-length play and a bunch of short plays for Austin Script Works and their Out of Ink project. That was always a great writing exercise: Here's a bunch of rules on Friday, and you have to have a finished play by Sunday. It's a good method for training your brain in how to do things in a punctual way."

Which is a big reason why Maresca can, with deep confidence, tell us things like this: "I have a three-phase plan for Maradaine and the world it's set in, and right now I'm finishing Phase One – with People of the City, which'll be out in October. And hopefully I'll get to do Phase Two and Phase Three, and keep my head together long enough to get it done. Phase One involves the first three books of all four series. Phase Two will be books four and five of each of those series. And then I've got, in the works, a couple novelette- or novella-length things that are on the side of that, that'll be included with Phase Two. And then, Phase Three will be a single series, that I'm imagining is 10 books with everything warped together."

Holy one-man cottage industry, Batman! So then, the author's current situation – his writing habits, the sheltering-at-home solitude – hasn't been much affected by this lousy coronavirus that most of us are struggling to accommodate?

"On some level, the pandemic hasn't changed my lifestyle too much." says Maresca. "It did in the sense that, because my wife teaches Spanish classes, and she had to transition from doing it in person to doing it online, so things in our household changed – but my day-to-day is not significantly different. And it's not like writing scripts for theatre, you know? Because I'd write a play and then it was like, okay, now I have to bother other people, and find a space, and have them audition. But with writing books I can just be alone and not bother anybody until it's done, and then just send it out and hope someone will want to buy it. I don't need to harass other people to make it into a thing. And," he laughs, with an almost Veranix Calbert twinkle in his eye, "I'm glad it's worked out as well as it has." The Quartet of Trilogies: Your Guide to Maradaine

THE NOVELS OF MARADAINE

The Alchemy of Chaos

A Murder of Mages

An Import of Intrigue

A Parliament of Bodies


THE STREETS OF MARADAINE

The Way of the Shield

Shield of the People

The People of the City 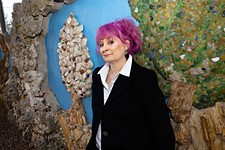 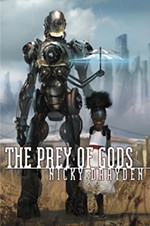 The Prey of Gods
In a future South Africa, writer Nicky Drayden deftly mixes gods and robots and shows us how they and humans deal with change