In his debut novel, the Austin author reveals a world of brotherly sin and redemption across the Old West 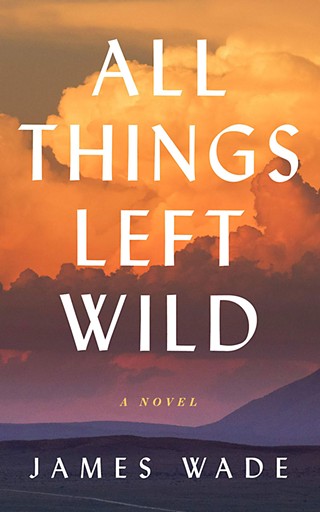 What the hell does justice mean, anyway, in a world that's filled with those contentious, conniving, confused, and conspiring creatures who call themselves humans, who pray to and curse with imaginary masters of the universe as they go about their unholy deeds?

There's a primitive wasteland where this question's been explored over and over in story and song and fable and film, a place of burnt oak and sand seas called the American West. Now James Wade, as tall a whiskey-stained wrangler of words as has ever two-stepped across the dance floors of Austin, has set his debut novel in that post-Civil War domain of cowboys and cactus and corrupt caballeros, and, by Cormac, it's some mighty powerful stuff.

In All Things Left Wild, you've got two young brothers who decide to steal them some horses, using revenge-for-their-alcoholic-daddy's- dethronement as a sort of moral excuse – only, it's the inherently mean and craven older brother who coaxes the younger kid into the botched equine heist. And when that gentler boy happens to accidentally and fatally shotgun the face off the son of the bookish rancher they're thieving from, well, you know there's gonna be an extended vamoose across a harsh and cinematically familiar landscape with that grieving rancher in, initially, maladroit pursuit.

Along the way, there's encounters and collaborations with murderous legends, wary team-ups with the various strugglers and stragglers that populate, sparsely, the bleak environs of Colorado and New Mexico and Texas. Lot of treachery and death all around, albeit riddled here and there with strains of tenderness, a splash or two of the milk of human kindness diluting the caustic flood of bad tequila. Whole lot of contemplating going on, too, what with the accidental murderer, 17 going on 600, scratching at his growing itch of guilt, and the pursuing rancher unsure of what more spilled blood might wipe from his ledger of remorse. And you just know those two men will have to face each other before the final page.

Wade handles all this oldfangled southwestern blood and thunder with a deft, sure hand, not riding the narrative too hard, letting the plot and its hangers-on resolve in naturally satisfying (or naturally confounding) ways, flexing his writerly skills to plumb a character's depth or evoke the majesty of weather within the big sky of Texas. He takes a McCarthyan conjunction and uses it to build a cumulative power and that power fuels his sentences and the sentences penetrate your soul and it is good.

This is some kind of literary lightning, this first novel of James Wade's. And now we wait for it to strike again.

A version of this article appeared in print on August 7, 2020 with the headline: Blood and Lightning 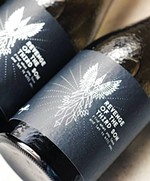