A socially distanced journey through the city’s green spaces 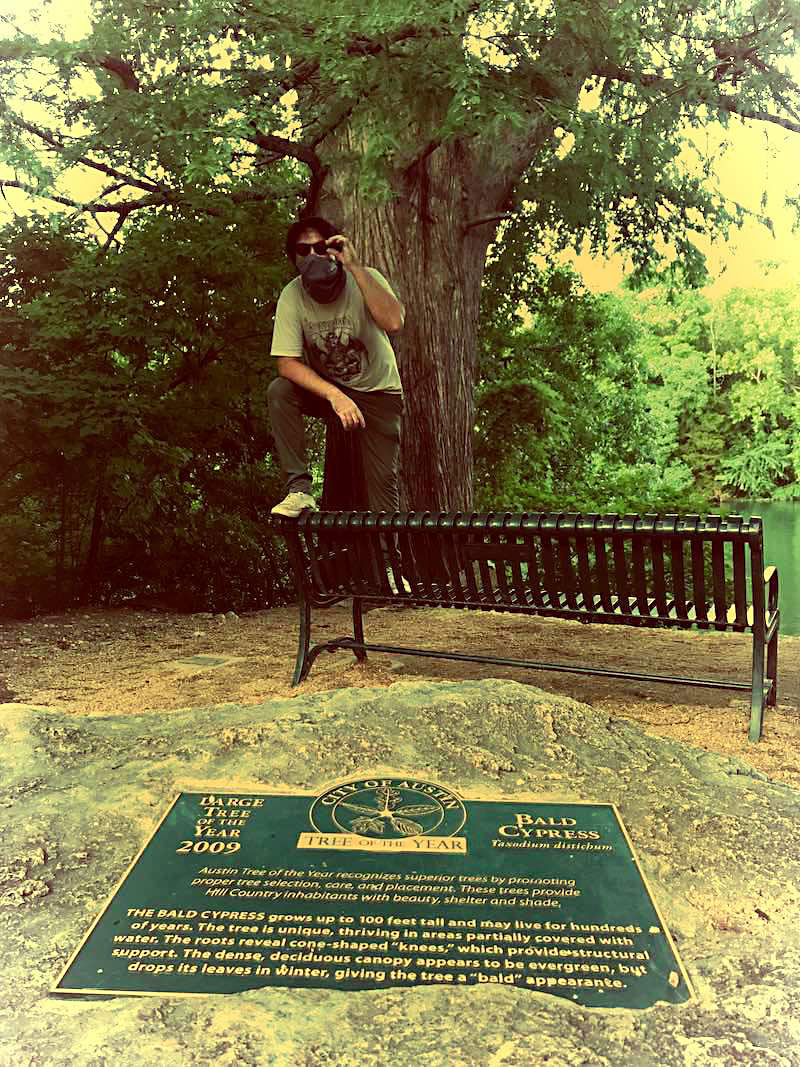 It's tough, this many months into the pandemic paradigm, finding fresh socially distanced activities that'll get you out of the house. If you too itch for exploration, let me recommend visiting all the oaks, pecans, and cypresses that've been named Austin's Tree of the Year.

Oh, you didn't know there's a Tree of the Year award?

I also had no clue such an honor existed until last month, when I was hiking with my girlfriend and our baby at McKinney Falls State Park, and we came across a magnificent conifer.

Turns out it was. "Old Baldy" sprouted from the ground around the same time Leonardo da Vinci painted the Mona Lisa. The trail map noted that the 100-foot-tall bald cypress had been named Tree of the Year in 2012.

That's when a lightbulb flashed above my head: "We're going to check out every Tree of the Year!"

The expedition proved to be much more difficult than I ever anticipated. There's no Tree of the Year website, or even a city of Austin page archiving past winners. So I called a bunch of friends who I thought might be aware of that kind of history – veteran townies who like nature – and found out about a few of these via word-of-mouth. 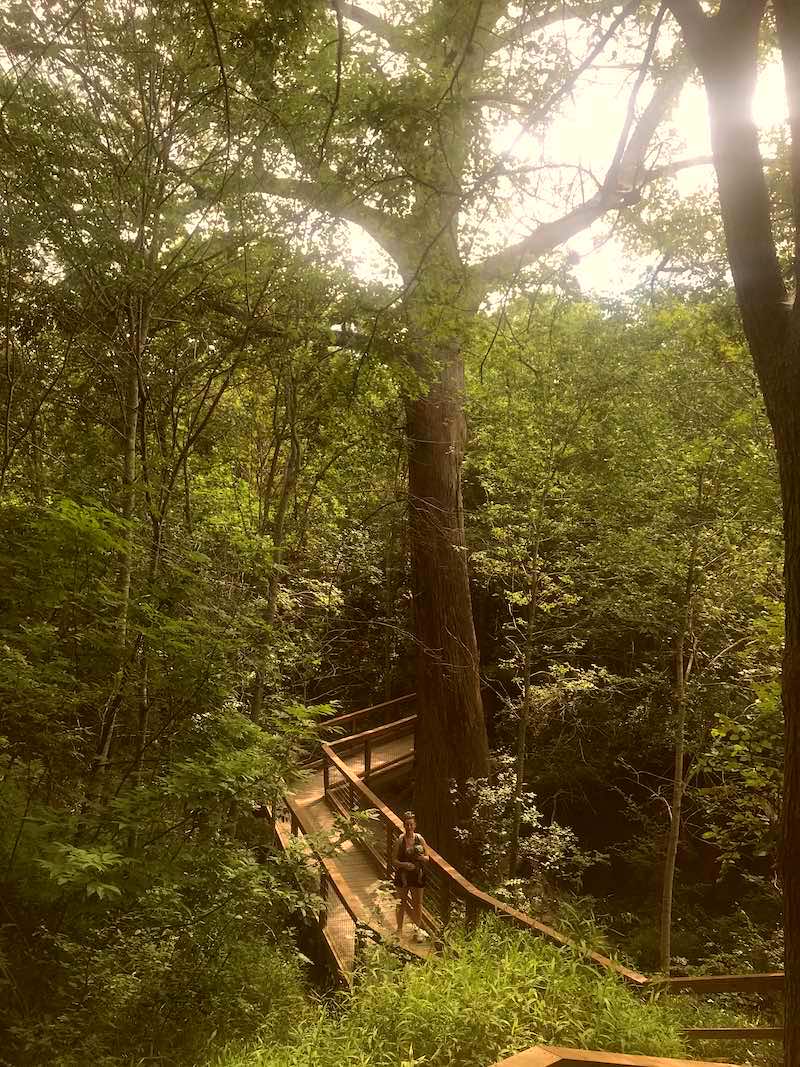 We hung out under the 150-foot-wide, tentaclelike branches of an escarpment live oak, the 2008 winner, in Central Park. We enjoyed a colorful sunset through the knobby branches of an enormous cypress on the Red Bud peninsula, which had received the honors the following year. I rested my bicycle under the shade of a communal pecan at Zilker Park. Then, having run out of intel, I started searching for plaques whenever I'd come across a cool-looking tree, like the large, looming behemoth at Govalle Park – with no luck.

Several calls and multiple messages to city departments and tree-related nonprofits later, my phone finally rang. On the other end was Kirsten Schneider, the environmental program coordinator for the Parks and Recreation Department's Urban Forestry division. She explained that the Austin's Tree of the Year program had run from 2007 to 2012, initially overseen by PARD, then by the organization Tree Folks in its final year. Schneider reasons that it eventually came to an end due to the process being "administratively difficult" – not because they ran out of cool trees to honor.

Then, she bestowed upon me a full list of every Tree of the Year winner.

Over the next two days, we completed our Tree of the Year bingo card. Directly behind the St. Andrew's Episcopal School, there's a trunk bearing a brilliant canopy of oaky tendrils three times as wide. A nearby plaque notes its "furrowed bark and tapered acorns." That majestic plant received top billing in 2010. Another escarpment live oak – which was the first tree to be venerated in 2007, but the last one we visited – turned out to be my favorite. Behind the Hampton Branch of the Oak Hill Public Library in Southwest Austin, there's a miniature ecological preserve with a walking trail. About a quarter-mile in, you run into a tree with vast branches sloping in one direction to create an awning over a set of tables. It's a vision of serenity. 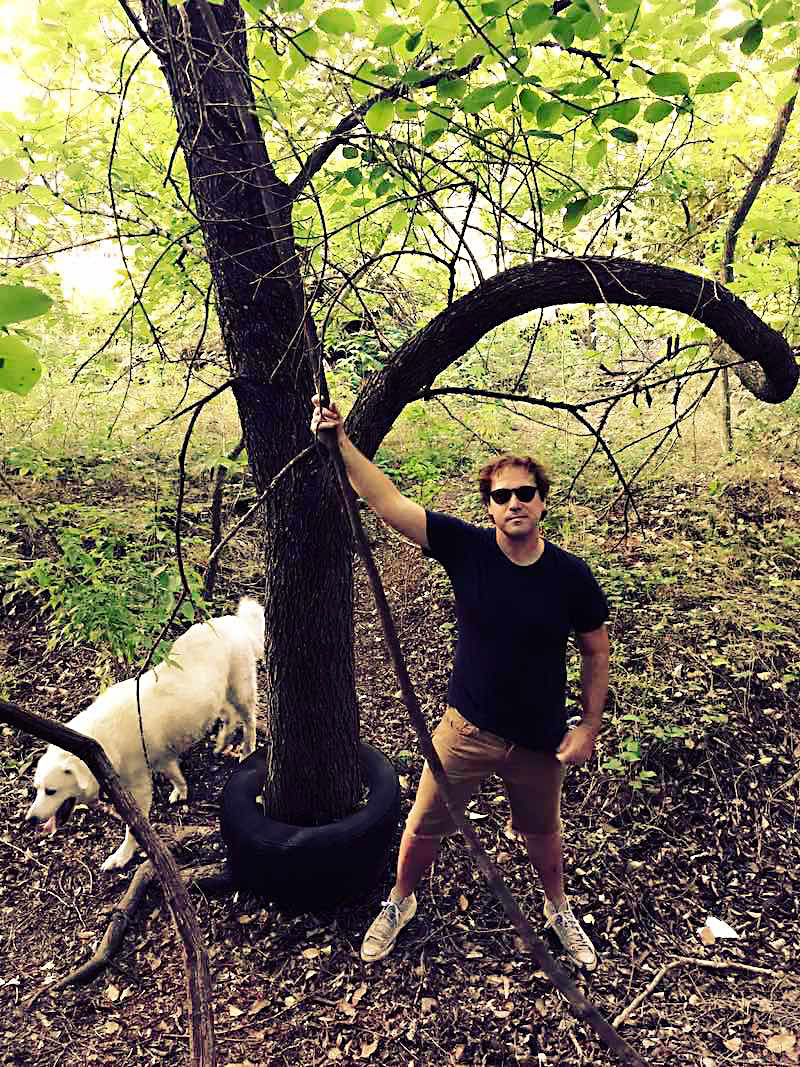 "The Learning Tree sits comfortable in its nature-reserve-like setting, with the species' typical widespread twisting branches that hover above the ground, making a perfect place for a classroom," its accompanying marker reads. "A footpath meanders ... nearby a young descendant tree demonstrates a succession of health, care, and progeny."

At the risk of echoing Emerson's "It's not the destination, it's the journey" cliche, the real reward of our horticultural treasure hunt turned out to be more than admiring a bunch of ancient trees. The process expanded our mental atlas of interesting natural locales, experiencing at least four spaces in the city that we'd never been to before.

Schneider says she's considering rebooting the Tree of the Year program with modern technology. Perhaps a map-oriented app where you can seek out past winners would make them more accessible and remove the necessity for plaques. If they resume the honors, I'd like to make a nomination: this tree in the East Boggy Creek Greenbelt that is growing through not one but two car tires – visual proof that nature finds a way.

Tree of the Year Winners