In this first full-length novel featuring Murderbot, the violent but endearing rogue AI is back for more adventures to delight "all the stupid humans" After four novellas in her Murderbot Diaries series, College Station-based science-fiction writer Martha Wells now offers a novel-length installment about the most endearing violent rogue AI you'll ever meet. Science-fiction fans have fallen wildly in love with the narrative voice of these books about a robot whose struggles are a not-so-subtle metaphor for what it's like to live with severe social anxieties. That Network Effect also features an interplanetary setting in which corporate interests have taken over seemingly everything and the good guys are trying to fight back is just icing on the space cake.

Readers who haven't found a science-fiction story to their liking before: I know we nerds keep saying this, but you really need to try this one. It's about a murderous robot who hacks its own governor module and turns rogue. But instead of going around killing people, all it really wants to do is sit at home and watch entertainment serials. (That sound you just heard was all of Gen X crying out, "I feel seen!") Sure, there's lots of names and planets and technical stuff, but you can let those wash over you. Murderbot doesn't care. Why should you?

Network Effect brings Murderbot back in touch with ART (which stands for "Asshole Research Transport," the hilariously sentient transport vessel from volume two), and adventures ensue. For that reason, despite the press surrounding Network Effect promising otherwise, it's helpful to have read the first two books of the series before tackling this one. At least read the Wikipedia page.

Side note: Murderbot's steadfast human supporter Dr. Mensah, leader of her planetary council, feels an awful lot at this moment in time like Jacinda Arden in space. So if you appreciated that video that Prime Minister Arden shot at home after putting her toddler to bed, try the Murderbot Diaries next. Like Murderbot, you'll find the escape soothing enough to help you deal with, as it likes to call us, all the stupid humans.

A version of this article appeared in print on July 31, 2020 with the headline: Oh, Violent Rogue AI, How I Love You 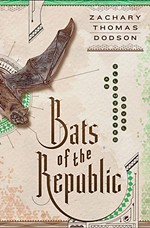 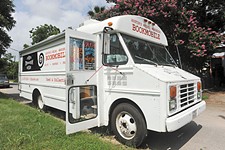 Books on Wheels
5th Dimension Books and Unbound: Sin Fronteras bring back the bookmobile and bring the books to you