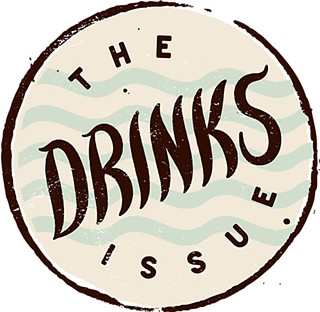 You're gulping down the Drinks Issue of The Austin Chronicle, but it's no liquid refreshment; it's a composition of words and images and maybe, if it's the print edition, the ink-stained textures of thin, crinkly newspaper.

But words and especially images are what alert us to products, and thus to actual drinkables, in these modern times. Beverage-packaging graphics vie for consumer attention from shelves, screens, billboards, buses, and just about every buyable part of our made environment. And the old exhortation to "Don't judge a book by its cover" is still damned good advice. But sometimes what's on the surface of a package can be a reliable indicator of the quality to be found within – and, besides, wow, just look at that gorgeous thing. You know?

So we asked a few local graphic designers what their favorites are among the wide and burgeoning field of local beverage identity, to share some of that visual beauty with you and to maybe even hip you to local drinks that you didn't know about – and that might be something you'll want to slake your thirst with as another hotter-than-hell summer continues its Texas onslaught during the Great Coronavirus Pandemic of 2020.

“The Helms Workshop design for Austin Beerworks – the simplicity of the packaging and the playfulness, is delicious.” – Sean Carnegie of Lewis Carnegie

Jennymarie Jemison of Five and Four is no stranger to beverage label design herself, having created the looks for Wunder-Pilz kombucha tea, Moontower Matcha, and Alkemy Brewlab's excellent line of chai out of Brooklyn, among other tasty things. She gives a shout-out to typography wizard Simon Walker's work for Austin Eastciders, to Karl Hébert of Daily Greens, and waxes effusive about the team behind Independence Brewing's visual identity. "The designers who worked on these Independence cans are the all-stars of Austin graphic design," Jemison tells us. "That's Jose Canales, Lauren Dickens, Drew Lakin, and Keith Davis Young. They've used hand-drawn illustrations of grackles, dogs, backroads, and even Ann Richards with a shotgun, to represent the brewery – plus some truly beautiful type. This is Texas with love."

Dave McClinton, digital-collaging savant and crafter of professional eye-pleasers for such places as Coco's Cafe and Benevida Health & Wellness Center, is perfectly frank: "Most local labels suck. Hard." But, he admits, "I tend to make beverage purchases that are heavily influenced by the packaging. Sometimes it's not about aesthetics but easy recognition. I like Austin Beerworks' huge logo and color-coded cans – easily recognizable in the darkness of a bar. It's good beer, too." Other favorites are Driftwood-born Desert Door Sotol – "The bottles are lovely, a deep beautiful blue" – and Tequila 512. "The simplicity of those bottles," McClinton says. "It presents the booze as clean, almost therapeutic. Tequila fixes things, doesn't it? The 512 is based here but made in Mexico – does that disqualify it?"

No, Dave, that's totally legit for our purposes.

Just like design shaman Marc English is based here but was made in Boston, and we're not disqualifying him. Several titles of the Criterion Collection of films shine due to English's creative panache, and, back in the beveragewise day, he conjured up the identity for Dr. Dreams Juice Machine. And he's extremely particular. "I certainly don't drink any Austin beers other than Live Oak," the grizzled font wrangler texts us from somewhere on the road with his favorite motorcycle. "That's designed by David Kampa." 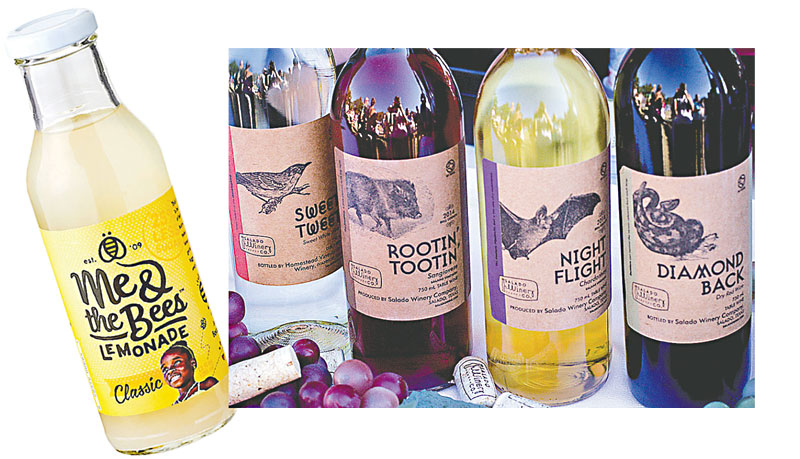 “That design [for Me & the Bees Lemonade] is by Sanders/Wingo, and the bold and fun typography in combination with those bright colors – it’s perfect for a lemonade brand.” – Liz Taylor of Herculiz

Sean Carnegie of Lewis Carnegie – who designed the graphics for Bee Weaver Apiaries and that new Wildflyer Mead Company out in the Hill Country – offers a more lavish consideration of local whistle-wetters. "The Helms Workshop design for Austin Beerworks – the simplicity of the packaging and the playfulness – is delicious," he says. "Treaty Oak Distillery has a series of thoughtful labels across both their whiskey and wine. And Texas Keeper cider, I'm unclear as to the designer, but it looks like they're having fun. And sometimes our favorite drinks don't always come in an amazing package, but we love them because it's a great product. My wife Wendy is always trying different kombuchas just for the label, but she keeps coming back to Buddha's Brew because it's the best. She's also a fan of Big Swig waters for the packaging – that's Helms again – and because it's the best flavored water in Austin."

Local designer (and trapeze artist!) Liz Taylor's business name is Herculiz, and the mighty maven of mercantile markmaking used to work at this very paper. These days she's running her own studio and has created, among other projects, the entire suite of visuals – corporate identity, website, promotion for the annual festival – for Salado Winery. "The most fun part," says the designer, "is that June [Ritterbusch, winery owner] let me name all the wines, too, so I've named them after Texas animals and there's a tiny factoid about each on the label." When it comes to other designers' beverage work, Taylor echoes the plaudits for the graphics of Desert Door and Austin Beerworks – damn, everybody loves those guys – but she's most effusive about Me & the Bees Lemonade, the company run by local teenage apiculture entrepreneur Mikaila Ulmer. "That design is by Sanders/Wingo, and the bold and fun typography in combination with those bright colors – it's perfect for a lemonade brand. And Mikaila's brand story describes many folks advising her to remove her portrait from the label for greater marketability, but she wants to be a source of inspiration for other people of color and sticks to her guns. Ten years and 1,500 shelves later, it's pretty clear she knows what's best for her brand."

A version of this article appeared in print on July 24, 2020 with the headline: Drink to These Not Only With Thine Eyes 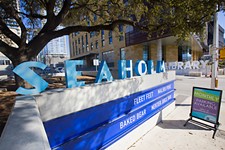 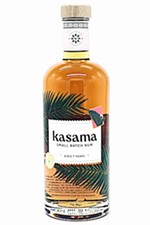