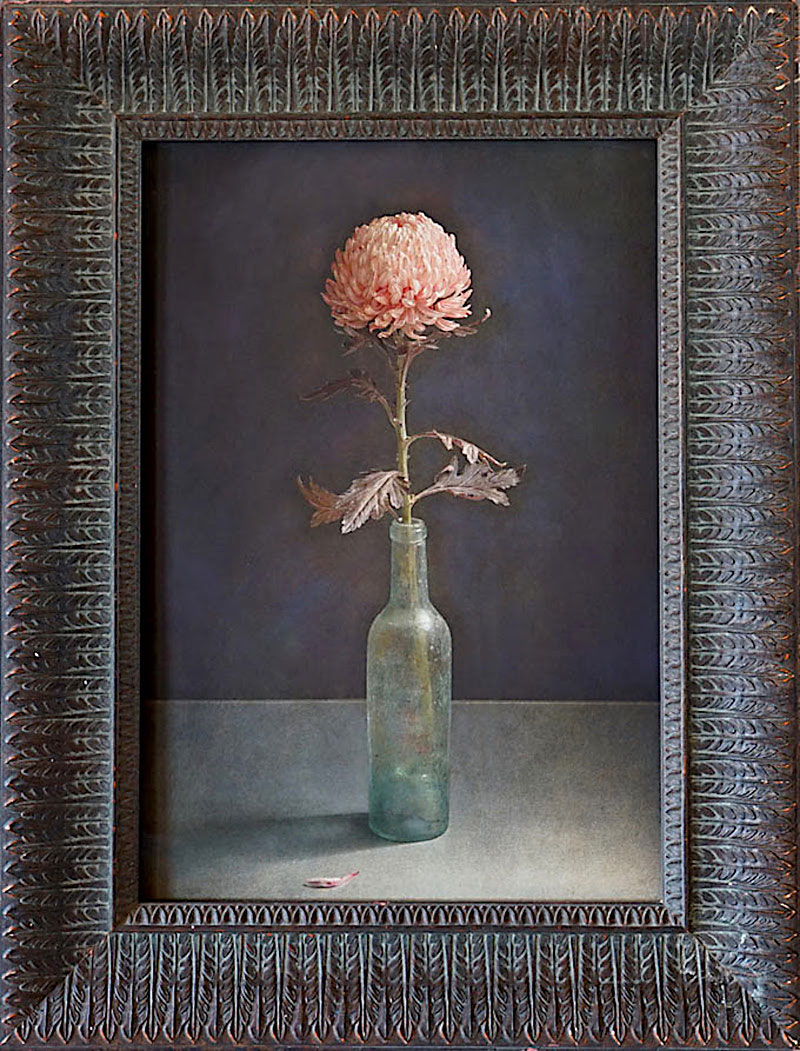 Chrysanthemum in Bottle, by Kate Breakey

September of last year already seems like part of some long-dead past. September of last year seems about an eternity away, but a bright segment of it lives on in my memory – because that's when Stephen L. Clark Gallery was running "Ornithology," an exhibition of photography by Kate Breakey.

When I reviewed that show, I wrote of the Australian native's renowned "photographs of dead things: delicate, wee creatures of feather or fur, killed by human or maybe what some would call divine machination, arranged just so in final stasis, the staged images embellished colorwise by pigments wielded with subtle hand." Now it's June 2020, and, following a temporary shutdown due to our current pandemic, Stephen Clark's stronghold of images preserved via silver nitrate has cautiously reopened in a reservations-only way and is featuring a new Kate Breakey exhibition.

The subjects of this show, "Black Tulips & Dead Flowers," are specimens of the plant kingdom.

Perhaps you're unfamiliar with Breakey's work? Perhaps you imagine a gallery filled with pictures of dead flowers like any number of pictures of dead flowers you've seen in your life – and you've likely seen more of them than usual, lately, all self-isolated and occasionally prowling the internet for some aesthetic engagements beyond porn. But Kate Breakey's photographs are just pictures of dead flowers the way Bram Stoker's Dracula is just a story about some dude with real bad anemia. Kate Breakey's photographs, meticulously colored by hand and set inside vintage frames, are like windows into arcane botanical memories that seem, for all their freshness, an eternity away.

But time is illusive, of course, as well as elusive. Space, on the other hand, is much less tricky – especially now, with car traffic noticeably diminished everywhere – and so it would take only a simple journey to West Sixth, to Stephen L. Clark Gallery, to show up at your appointed time and treat your eyes to what exists as other than glowing pixels. To enjoy the artist's work that, for all its necrofetishistic elegance, will make you feel more alive for having gone to see it.

A version of this article appeared in print on June 19, 2020 with the headline: Petal to the Mortal 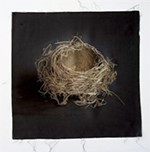 "Keith Carter: Notes on the Universe" at Stephen L. Clark Gallery
This solo exhibition shows the photographer in pursuit of whatever unseen cosmic force animates us