With some crowdfunding support, Charles O. Anderson will be able to make dances for this time 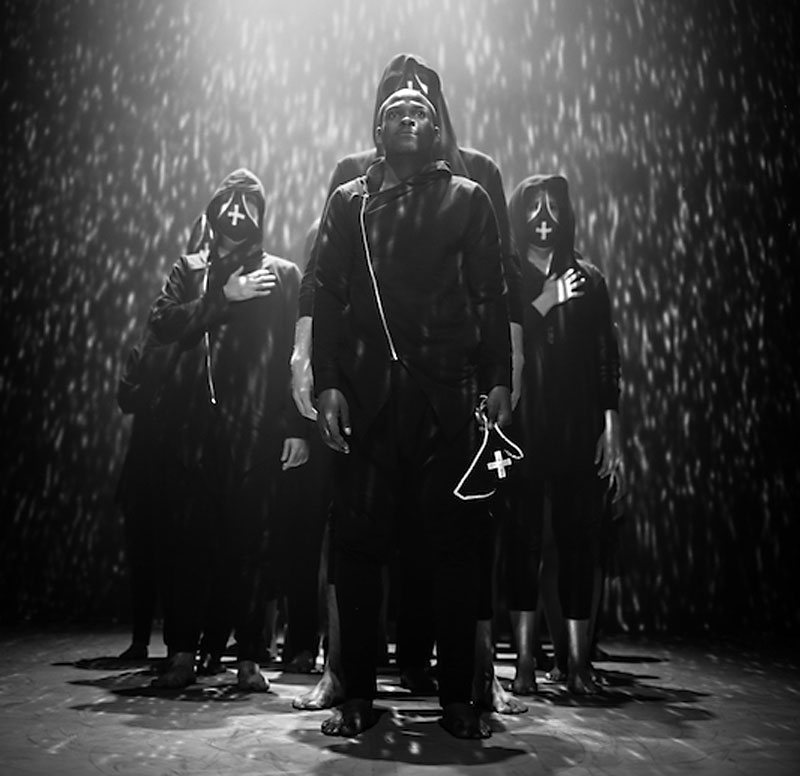 Like everybody else in the world, Charles O. Anderson had big plans for 2020. In his case, they involved a beginning and an ending: beginning work on two dance projects that the Austin-based dancer/choreographer had received important commissions for, and ending work on a major dance he spent the last 2½ years creating by taking it on a national tour. Of course, as has happened with everybody else, the big plans that Anderson had for this year have been squashed by the coronavirus pandemic.

But in this case, the loss of those plans is especially tragic for the United States in 2020. (Re)current Unrest, Anderson's completed work that would have toured the country (through a major grant from the prestigious New England Foundation for the Arts), is built upon themes of racial injustice – specifically, "the ongoing cycle of Black oppression," in Anderson's words – and has much to say to a nation that has taken to the streets to protest the murders of George Floyd, Breonna Taylor, Ahmaud Arbery, Tony McDade, Dion Johnson, and in Austin, Mike Ramos, and is using this moment to confront the systemic racism and white supremacy ingrained in American society. Moreover, the projects commissioned by the American Dance Festival and the Salt Lake City-based Ririe-Woodbury Dance Company are also, he says, "so connected to the current sociopolitical moment." While they are likely to be realized at some point in the future, the fact that their early development and initial presentations won't take place in this present, when they are urgently needed, is a shame.

Anderson admits to being down but is far from out. "Like so many of us, these pandemics – COVID-19 and ongoing systemic racism – have left me broke, broken, and tired ... yet still inspired nonetheless," he says. If (Re)current Unrest can't be presented live around the country, then he will see that it's presented another way. Previous live performances of it have been taped and can be watched online, but for Anderson that isn't enough. He's now conceiving of a version of the work that's "designed to be watched and experienced through the medium of film/TV," he says. "The goal is to create the immersive atmosphere experienced live cinematographically." So what Anderson is calling his "social justice summer" will be spent raising funds for the film, actually doing the filming – for which he'll stage a socially distanced version at the University of Texas, where he's head of the dance program in the Department of Theatre & Dance and associate professor of African Diaspora Dance Studies – and finishing it in time for a "virtual tour" before the November elections.

Of course, the crucial first step is raising the money. So on Sunday, June 7, Anderson launched a GoFundMe campaign to raise $15,000. The money will certainly support the creation of the film, which will include pay for the collaborators, though it will also help provide back pay to people who collaborated on previous live performances of (Re)current Unrest, which Anderson hopes to resume "when/if immersive live performance is safe/feasible ..." But there's another project that the donations will support: a new production of Anderson's 2010 dance Evidences of Things Unsaid/World Headquarters, inspired by the novels Parable of the Sower and Parable of the Talents by the late science-fiction writer Octavia E. Butler. Alongside James Baldwin, Butler is a major influence on Anderson's work – "I have read and reread everything she ever wrote!" – and this particular dance, he says, "is, ironically, the work that brought me to Texas. It was about Black existence within a dystopian future ... Who knew 10 years later it would come true!" In revisiting this piece, Anderson plans to lead an online series of kinetic storytelling workshops through which he will "develop a kind of 'radio play' that figures prominently into the work." He wants to offer the workshops free of charge to interested dancers and actors, and financial support will allow him to do that. It will also, he states matter-of-factly on the campaign page, help him "make ends meet" in a summer that has taken away all of the professional and personal gigs he can usually count on to sustain him at this time of year.

If you're unfamiliar with Anderson's work, then you might want to look at his 2019 "Best of Austin" award or read any of the reviews of his work that have appeared in these pages. Better yet, you might check out the work of his that he's posted online. That will make the best case for his commitment to social justice and the power of his art. Then perhaps you'll want to help Charles O. Anderson get past his losses this year and realize his new big plans for 2020.

To contribute to the “Social Justice Summer” campaign, visit www.gofundme.com/f/social-justice-summer.

A version of this article appeared in print on June 12, 2020 with the headline: Dance for This Time