If disease-ravaged world of The End of October feels like our own, that's because the author did his research rigorously 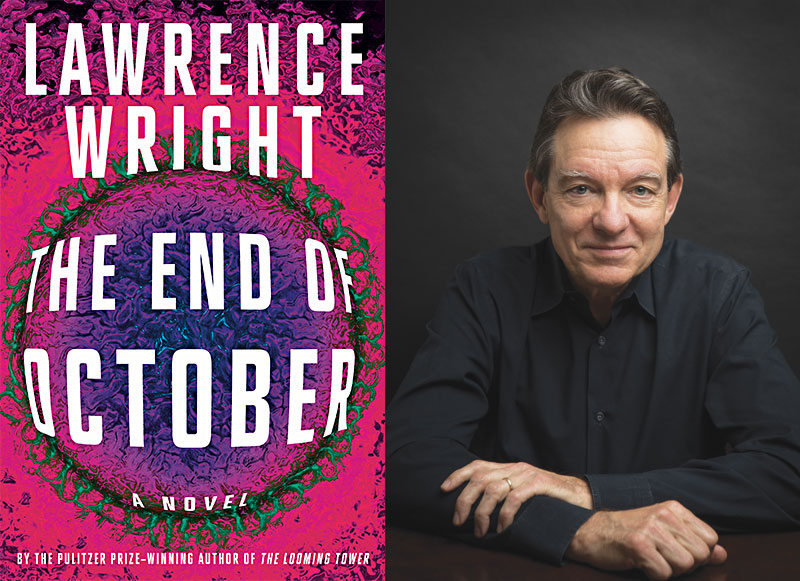 Very few authors have the foresight to write a book on a subject "ripped from the headlines" years before the headlines actually appear. But with The End of October, Lawrence Wright looks to have joined their number. His new novel – that's right, novel – is about a deadly virus that suddenly erupts in Asia and, despite unprecedented efforts to contain it, spreads quickly across the world, killing people in staggering numbers and wreaking havoc with economic, social, and political systems. Sound familiar?

But though the book's publication in the midst of COVID-19's global rampage may give the impression that Wright is some literary clairvoyant, The End of October is really Wright doing what he's always done, what earned him a valued place on the staff of The New Yorker and a Pulitzer for his book The Looming Tower: digging deeply into a story, discovering as much about it as he can, and reporting it in ways both compelling and enlightening. The thriller's "Kongolian flu" may be Wright's own invention, but it's rooted in fact, in the Spanish flu of the early 20th century and the SARS, MERS, and Ebola pathogens of our day. And the actions of his virologist hero, Dr. Henry Parsons, and colleagues are based on the work of real-life scientists and medical personnel who have battled actual pandemics. If this book feels like our disease-ravaged world today, it's because Wright has done his research rigorously.

“The story and most of the characters are fictional; the science is real.”

In The New York Times, Wright revealed that the catalyst for The End of October was a question that director Ridley Scott posed to him about the post-apocalyptic setting of Cormac McCarthy's The Road: What could cause the society we know to collapse that way? In considering an answer, Wright turned to a subject he had been long fascinated by: pandemics.

Austin Chronicle: I know Ridley Scott's question about how the world of The Road got that way sparked the idea for The End of October. But before that, was there a book or movie that captured your imagination about deadly pathogens?

Lawrence Wright: Yes, indeed. In 1976, I covered a mysterious outbreak of H1N1 influenza, the same strain that killed between 50 and 100 million people, but in 1976 it killed only one, a young army recruit named David Lewis. At that time, the 1918 pandemic had been almost entirely forgotten, but Alfred Crosby brought it all vividly to life with his terrific book Epidemic and Peace, 1918. I quickly understood why public health officials had been dreading the return of that particular influenza, and it planted the question in my mind: What would happen if such a deadly and highly contagious disease came into modern society? Were we ready to cope with it?

AC: What's the closest you've been to a hot zone for an infectious disease?

LW: I keep as far away as possible. I'm not a germaphobe, but dangerous diseases really put me on edge. I'd rather be in a war zone.

AC: Do you know anyone personally who was involved in the fights against SARS, MERS, or Ebola, or who reported on them from wherever they were concentrated?

LW: Yes, Dr. Seema Yasmin covered Ebola as a reporter for the Dallas Morning News and also worked as an epidemiologist at the Centers for Disease Control. She's now a professor at Stanford University teaching science journalism and global health storytelling. Of course, several of my sources were also deeply involved in combating novel diseases and are now on the front lines of fighting this one.

AC: Was any of the research you did scary to you at the time you were gathering it, when there wasn't a pandemic killing people?

LW: I couldn't help picking up the anxiety of public health experts about the handicapped state of preparedness, which is now so evident. We came so close to other pandemics even in the last few years that could have been so much worse. SARS, for instance, another coronavirus, very contagious, which killed 10 percent of the people it infected. The fact that it was contained within a hundred days is one of the great triumphs of global public health.

AC: You used Mecca as a gathering from which the virus could spread quickly and be dispersed throughout the globe. Austin was about to host a huge international gathering as this virus was spreading in the U.S. Were you concerned that SXSW could be the same kind of global dispersant for COVID-19?

LW: I was absolutely in favor of shutting down SXSW, despite the ominous economic consequences. Had we failed to do that, we would have been in the same situation as New Orleans is, an epicenter. Economic sacrifices come with pandemics as a kind of secondary infection.

AC: Chapter 14 reads like it could have come out of this week's New York Times, with statements like "Political pressure was building ... to let the economy breathe," and "The conspiracists were inflaming fears that Kongoli was a plot ...." You nail the behavior that COVID-19 has inspired. Clearly, there have been tabletop exercises to prepare for pandemics. Were there any you learned about and incorporated into your novel?

LW: There have been several very important tabletop exercises held at Johns Hopkins. One that took place early in the George W. Bush administration was called Operation Dark Winter, and it so spooked Vice President Cheney that he applied the same principles to try to smother terrorism. In 2018, there was a terrific exercise called Clade X, which was very useful. Last October, that same university put on an exercise called Event 201, which forecast a coronavirus coming out of Asia that kills 65 million people. By that time, I'd already finished my book.

AC: Have you followed the COVID-19 developments closely, or do you need to back away from it because it's just a little too close to what you laid out on the page?

LW: I am deeply engaged by the struggle to contain this very tricky pathogen. I feel especially invested after having the opportunity to meet some of the scientists and public health officials leading this effort.

AC: We're in such a strange time, when some traditional information sources are suspect and others are delivering misinformation. Do you think fiction is any better at getting this crucial information across to the public than our traditional media outlets?

LW: I don't know the answer to that. Perhaps because of my background as a journalist, it was important to incorporate real science and history into the book, even if it was a fictional work. I tried to make sure that anything I represented as a fact was actually true and not something I conjured out of my imagination. The story and most of the characters are fictional; the science is real.

AC: This may be an odd question, given the grim nature of the book and the crisis we're in, but was any of this book fun to write?

LW: I loved writing it. I know that sounds a little perverse, but I got a lot of joy from my research, and I was enlightened by the people I met, the experts who took so much time to tutor me in a subject that was so far from my knowledge base. Writing is always hard work, but I was inspired by the people who inhabited the world I was portraying, and that put a little wind in my sail.

A version of this article appeared in print on May 1, 2020 with the headline: A Novel’s Virus 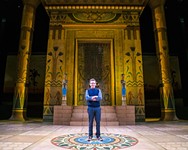 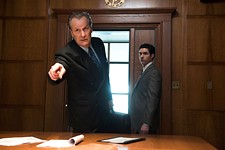