In this virtual Weird Homes Tour presentation, Brandon Hodge wanted to have a few (spirit-channeled) words with you 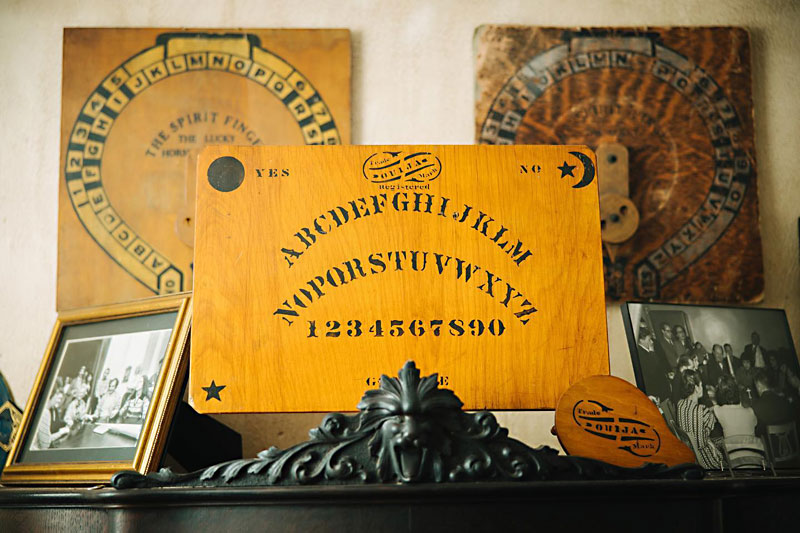 What might the spirit world have to say about this pandemic mess we're in, d'you think? Anybody feel like grabbing a Ouija board and a planchette and maybe asking a handy haint or two what's the over and under on society returning to some semblance of normality in the next several months?

If that's something you'd be interested in – or, whether you're a believer or not, if you're simply fascinated by the whole spooky and complex history of such spirit-medium-based antics and the gorgeous diversity of paraphernalia that accompanies it – then Brandon Hodge, the owner of the largest collection of vintage planchettes in the United States, is your man.

He's an Austinite, too, this Hodge: He runs those Monkey See, Monkey Do and Big Top Candy Shop emporiums that we miss visiting on SoCo right now. And all the rooms of Hodge's Hyde Park residence do double-duty as an archival museum housing his astonishing collection of supernatural communications equipment.

We know about this because of Austin's Weird Homes Tour, naturally. That local initiative, which was started here by David and Chelle Neff in 2014 and has since established outposts in Houston and New Orleans and beyond, has delighted thousands of people with their annual revealing of the oddest, most quirkily impressive private domiciles around.

But now there's this whole social distancing thing in effect, right? (Note: Wash your hands.) But, as you also know, there's a whole lot of Zooming going on lately, a lot of access to places where there hadn't been access before. And so it was, just two weeks ago, that the Weird Homes Tour featured a livestreamed exploration of the Hodge Planchette Collection, with Hodge himself showing virtual visitors around his voluminous holdings and David Neff moderating the chatscreen where everyone was pitching excited questions, and ... daaaaaamn.

I mean, it worked well, in two distinct ways. Because, first, I thought the tour would be, ah, pretty cool? A plaguetime lark? But the scope of what Hodge has gathered over the years, the way he's got the objects so professionally displayed, and his engaging and highly informative style – it went beyond just "pretty cool." Wooden planchettes, glass planchettes, paper planchettes. The graphically baroque "talking boards" – Ouija! – that eventually accompanied those planchettes. All sorts of arcane devices and framed documents everywhere, spanning a couple of centuries. And when Hodge went off on a tourist-spurred tangent, briefly detouring from the realm of spectral belles-lettres to offer a deeper look at the antique dental cabinet now serving as a whisky-stocked wetbar in his kitchen, it was like craniomandibular icing on the whole ghostly cake. And, second, regardless of all that the man revealed on camera and through his scholarly spiel? Now I want to visit the place – like, physically, IRL – even more.

And Neff tells us that more virtual tours of local architectural wonderments and strange-collection presentations are currently in the works. Excellent – because this spirit is certainly willing, even if his flesh is quarantined. 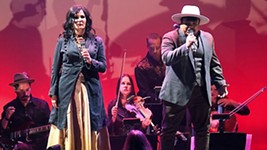 Wayne Alan Brenner's Top 10 Arts-Related Things I Enjoyed in 2017
Bold takes on history and art that moved around the city spoke to a growing, changing Austin this year