Kristiana Rae Colón's shocking drama puts audiences at the intersection of gun violence and sexual assault, and makes us think about both 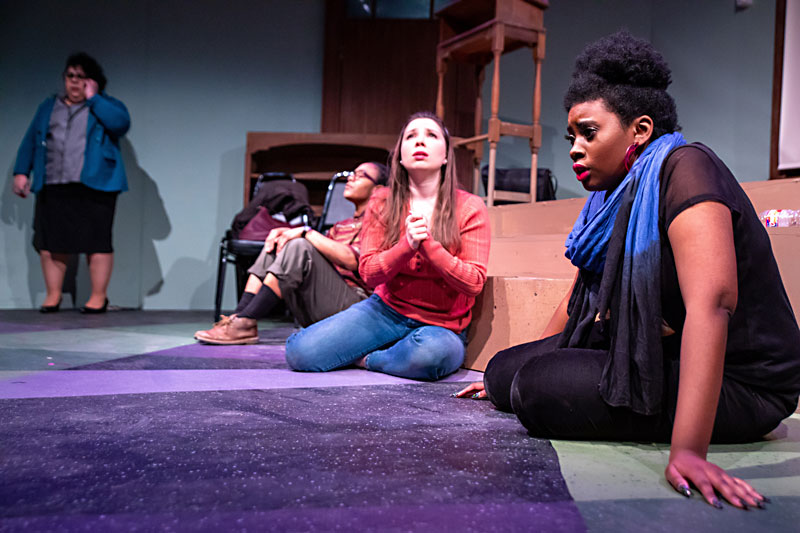 You know it's coming, yet there's no way to physically brace for it. Shots have just rung out at Helmer University. Four students, who were just moments ago debating Ibsen's A Doll's House, are now arguing how to survive. The shots steadily grow louder. You feel your muscles tense up, growing tighter with each terrified scream. The door bursts open. You instinctively throw your hands up to protect yourself from what's about to unfold.

The latest from New Manifest Theatre Company, Kristiana Rae Colón's shocking one-act places five university students in the all-too-familiar setting of a campus terrorized by an active shooter. As one might gather, good friday is not an easy experience. It's not forgiving or accessible. The company itself acknowledges this with a pre-show announcement empowering audience members to walk out should they so choose.

If, however, you believe yourself prepared for such an experience, you'll find a wealth of content to sift through. Colón's script is not a surface-level call for thoughts and prayers; rather, its conflict rests squarely at the intersection of gun violence and sexual assault – and it's as viscerally uncomfortable as it sounds.

In the role of antagonist, Emma Galbraith's Emme initially comes across as the bloodthirsty bogeyman we've been conditioned to expect of school shooters, but there's a nuance to her performance, one displayed when she delivers a manifesto detailing the heartbreaking sexual trauma that's driven her to take a stand. It's a performance that separates Galbraith from Bianca Ibarra's revealed antagonist Natalie, who's played (perhaps intentionally?) with all the subtlety of a Saturday morning cartoon villain.

Unsurprisingly for a show set on subverting expectations, good friday's most impactful moment is its pre-recorded epilogue, wherein "CCTV footage" presents students – several semesters after the massacre – making light of the tragedy and the righteous movement its perpetrators hoped to inspire.

Such a strong narrative choice suggests the experiences we shared in this theatre – the anxiety, the claustrophobia, the terror – were effectively meaningless to a society so deeply immersed in codified rape culture. This tonal discontent is only amplified as audiences exit the Vortex theatre space into the adjacent Butterfly Bar, only to find happy-go-lucky bar patrons unaware of the visceral experience that's unfolded mere feet from their carefree revelry.

In that way, Colón's script forces us to examine how such a broken system could be circumvented without bloodshed. It's a heavy thought to leave with, one you can't afford to just drink away with a Butterfly Bar martini.

A version of this article appeared in print on March 13, 2020 with the headline: Vortex and New Manifest Theatre’s good friday 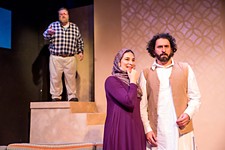 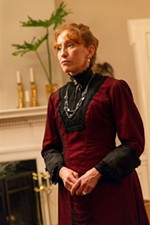