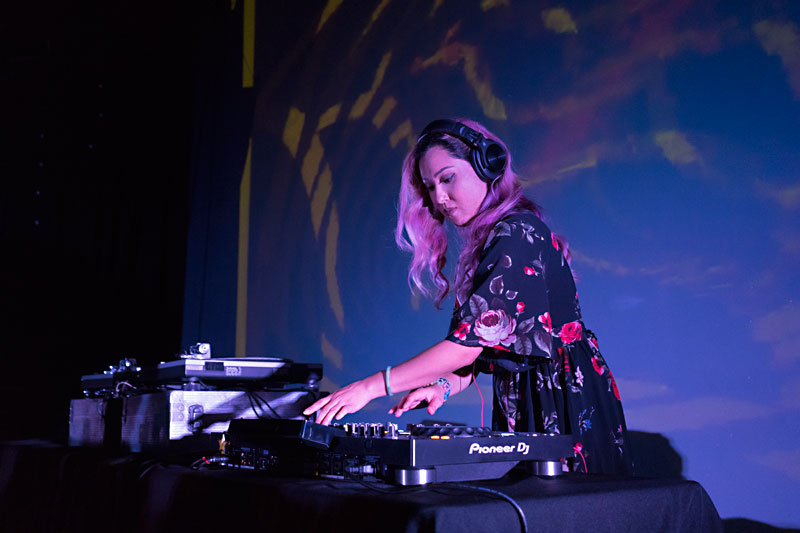 What do you get when you smash together a string quartet playing a Vivaldi concerto with a DJ mix by Phamstar? About 300 people jammed shoulder to shoulder grooving to both. That was the case last Friday night when the Austin Symphony Orchestra served up the second edition of its Bach 'n' Beats. The program was initiated in 2018 as a new way of getting ASO out of the concert hall and connected to the contemporary music community in a way it hadn't been before. The plan was to match four DJs with four classical pieces (yes, program namesake Bach was represented) and have them create mixes inspired by the older music, then stick it in a club where the audience would get to hear four ASO musicians play each classical work live before each DJ launched into their thumping creation. What happened the first time ASO tested that concept on the street – on Dirty Sixth of all streets – the result was a packed Parish and a crowd that was equally jazzed about the Bach and the beats. With the experiment such a success, ASO said, "Let's do it again."

Due to scheduling issues for both ASO and DJs – just three this time, with Phamstar and Govinda joining popular returnee DJ Chicken George – it was 16 months before Bach 'n' Beats came bach, er, back, but the time lag did nothing to dampen enthusiasm for the event. Even with the move to a new venue (the North Door), tickets sold out a week in advance (a credit to ASO marketing maven Rachel Santorelli and the young professionals support group BATS – Be at the Symphony). And the crowd that showed up knew just what it was there for; there was no split between boomer symphony patrons covering their ears during the mixes and millennials impatiently checking phones as the chamber music played. A pretty even mix of folks in their 30s through 60s filled the floor, and though there was, admittedly, more dancing while the DJs were working it than while the string players were, the responses to both were – as with the first time out – excited, appreciative, and loud.

Before the night was out, ASO was already talking about a third Bach 'n' Beats – in less than 16 months and at an even larger venue.