Archive Theater's The Man of Destiny 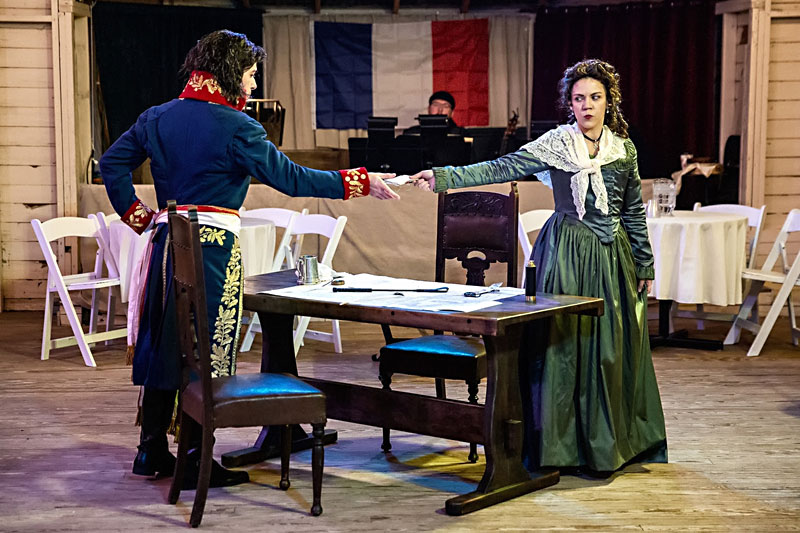 As someone who loves bringing friends along to theatrical productions, I've noticed my prospective plus-ones are often less receptive to attending classic works (e.g., Ibsen, Shaw, Shakespeare) than they are to, say, a musical. Ostensibly, this unwillingness stems from fear of "just not getting" the play. It's for this reason that I'm grateful for groups such as Archive Theater Company that seek to stage such works in fresh, engaging ways.

In 2019, theatre artists Jennifer Rose Davis and Garrison Martt founded Archive with the mission of staging classic works for contemporary audiences. That doesn't mean recasting Romeo and Juliet as punk-rock teens; rather, Archive creates accessible translations and adaptations, and delivers them with solid humor and direction. Being thoroughly impressed with Archive's maiden voyage, a sprawling three-hour adaptation of Cyrano de Bergerac (translated and directed by Davis), I was eager to see how it would approach a more intimate script like George Bernard Shaw's The Man of Destiny.

Employing the same grandiose vision that defined Cyrano, Archive has set Destiny in Austin's living history museum, Pioneer Farms, converting its 19th-century Texas dance hall into a 17th-century European tavern, complete with a live string band, Italian wine options, and traditional pub games. Within this cozy setting, we witness a young Napoleon Bonaparte enter into a fiery battle of wits with a mysterious, bewitching stranger after his bumbling lieutenant (the scene-stealing Ryan Blakey) loses the general's personal dispatches – including one scandalous love letter.

Jazzed as I was for this ambitious setting, I wondered if the subtleties of Shaw's work would get lost in the excitement. My concerns proved unfounded. As with Cyrano, The Man of Destiny succeeds primarily through its larger-than-life characters, who (thanks to Archive's pitch-perfect casting) are portrayed with humanity and depth. In the leading role, Michael Rodriguez delivers Napoleon's lines with conviction and strength, portraying the young general as arrogant, yet not without a sense of nobility. It's these traits that actor Maggie Thompson gleefully picks apart as Napoleon's adversary, the Mysterious Lady. Playing the fatale with an endearing irreverence, Thompson continuously ignores Rodriguez's fiery temper. With both leads played with such earnestness, I found myself shamelessly jumping between the two, rooting for whoever happened to have the upper hand at the moment.

Rodriguez simultaneously fights another duel with the play's many comedic foils. Scenes penned by Davis specifically for this production introduce bumbling tavern employee Luca (energetic stage manager John Michael Hoke) and his increasingly frustrated sister Maria (Svetlana Koutseridi), who bicker and banter as they avoid the ire of innkeeper Giuseppe (Stephen Cook). These original, outlandish scenes of primarily physical comedy serve as the warm-up before acts and are rife with crowd interaction.

Personally, I'm all for the addition of these comedic moments. The direction by Martt and Davis keeps them moving at a quick, jaunty pace, and they feel earned when you consider Archive's meticulous adherence to the text's historical context. From the impressive French and Italian accents to the stunning, period-appropriate costumes (designed by Davis and Star Maddox), it's clear the extra mile has been taken to ensure that The Man of Destiny belongs in this 17th-century tavern.

With a strong cast and inspired direction, Archive's latest is a uniquely entertaining night of theatre. Ultimately, this show's greatest accomplishment is how Archive's many additions never overwhelm The Man of Destiny's beating heart. When Rodriguez and Thompson's banter grows increasingly heated, audiences can easily forget all the bells and whistles – the games, the wine, the music – and simply get lost in Shaw's fiery tango of wits. For that reason, I'd call The Man of Destiny a success.

The Man of Destiny 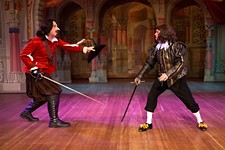 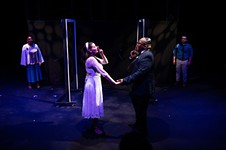