Lady in the Lake by Laura Lippman

Sixties Baltimore is unveiled in this new crime novel 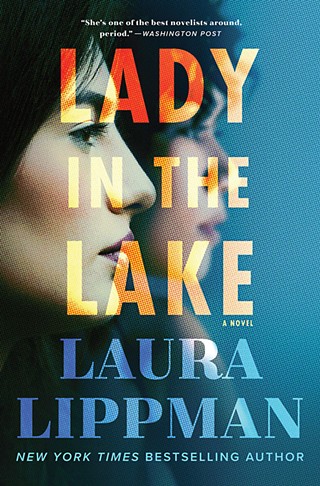 It's rare for a murder victim to get the first or last word on their story, but Eunetta "Cleo" Sherwood, the titular waterlogged woman, gets just that in Laura Lippman's new crime novel, Lady in the Lake. She's the kind of dead woman least likely to attract notice in mid-Sixties Baltimore – a young, Black, unwed mother of two who worked at a nightclub and dated around, whose body was submerged so long that it's not even a sure thing she was murdered – but Lippman gives her a crystal-clear voice and the ability to directly address the one aspiring reporter fixated on the mystery of Cleo's end: a mystery Cleo herself would prefer be left unsolved.

The hopeful writer in question is Madeline "Maddie" Schwartz, a Jewish former housewife in her late 30s, fresh off an abrupt end to her marriage sparked by a hunger to achieve something. The something she's striving for turns out to be a byline at The Star, a goal she starts inching toward by discovering the body of a very different murder victim: an 11-year-old white girl named Tessie Fine.

Neither Tessie nor Cleo are whole-cloth inventions on Lippman's part; their stories are inspired by the 1969 killing of Esther Lebowitz and the unsolved 1969 death of Shirley Parker, respectively. As in real life then and now, the news media in Lady in the Lake sensationalizes Tessie's death and all but ignores Cleo's. In response, Maddie launches a dogged, if often stumbling, investigation into the latter, but it isn't motivated by pure altruism; because of the passively racist disinterest in Cleo's story, Maddie knows she has a story that no one else is competing with her to get.

Maddie makes a curious noir protagonist – for that's what Lady in the Lake is, a noir, as well as a cityscape capturing a distinct moment in time. There's a fascinating enforced distance between the reader and Maddie; while we get to hear from Cleo and a wide array of Baltimoreans who crossed paths with either her or the aspiring newspaperwoman in first person, Maddie's interior thoughts are relayed via narration. We tend to think of noir in terms of dingy offices and cigarettes burning down to the filter, but Maddie's sensibilities are much more middle class than that, her restlessness and ambition easy to write off as humdrum midlife dissatisfaction. Her blind spots – related to race, class, sexism, the power of being an object of desire but also that power's false promise – are considerable and sometimes maddening, but there's also an underlying thrill to seeing a female lead who succeeds in being complicated and compelling without dying on the hill of whether the reader likes her or not. Cleo's no cookie-cutter victim, and so it's fitting and deeply satisfying that the woman digging up her secrets is a new kind of detective with her flawed humanity on full display.

Lady in the Lake