Robert Faires' Top 10 Joys in Dance and Classical in 2019 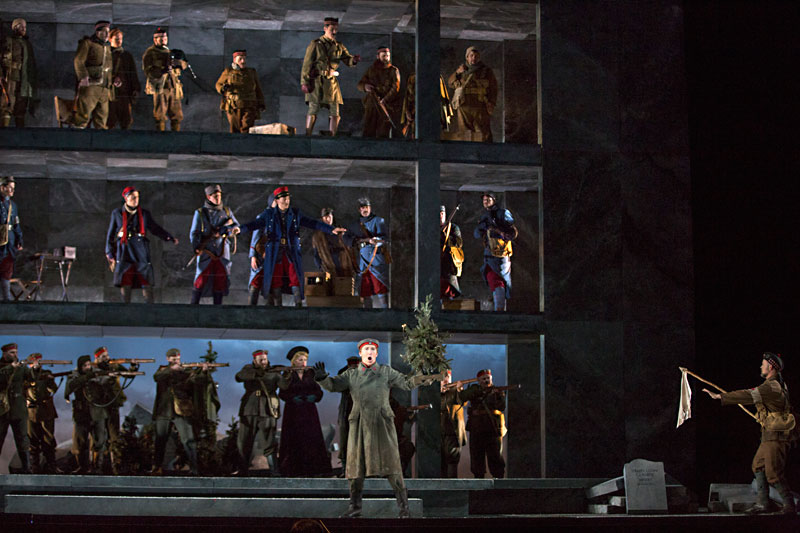 1) SILENT NIGHT (Austin Opera) This rich staging of the Puts/Campbell Pulitzer winner about a Xmas Eve truce on a World War I battlefield proved opera to be an ideal form for showing the horrors of war and the fragility of peace.

4) MADISON LEONARD IN RIGOLETTO (Austin Opera) Every note, every step, every gesture radiated young love with a freshness and honesty that made you fall for her Gilda the way she fell for the Duke. And that voice!

5) MOZART: PIANO CONCERTO NO. 12 WITH LEON FLEISHER (Austin Symphony) The 90-year-old seemed to bring his full musical career to bear on every note, sounding each with purpose and a rare contemplation.

6) WHEN HEAVEN IS WEDDED TO EARTH (Ensemble VIII) This celebration of spring in Franco-Flemish choral music of the 16th century and before had exquisite harmonies blooming and cascading like falling waters.

9) MYSTIC, SCIENTIST, SCHOLAR, NUN (Texas Early Music Project) Whatever holy spirit moved Hildegard von Bingen must have inspired TEMP in performing her music, as its 14 women singers were beyond heavenly.

10) THE HOPE OF LOVING (Conspirare) The title tells the tale: Craig Hella Johnson's company of voices wrapped Jake Runestad's choral compositions in a loving embrace and then released them in glorious song.

A version of this article appeared in print on December 20, 2019 with the headline: Top 10 Joys in Dance and Classical in 2019