It was the onstage arrivals – some creepy, some hilarious, all welcome – that made this year distinctive 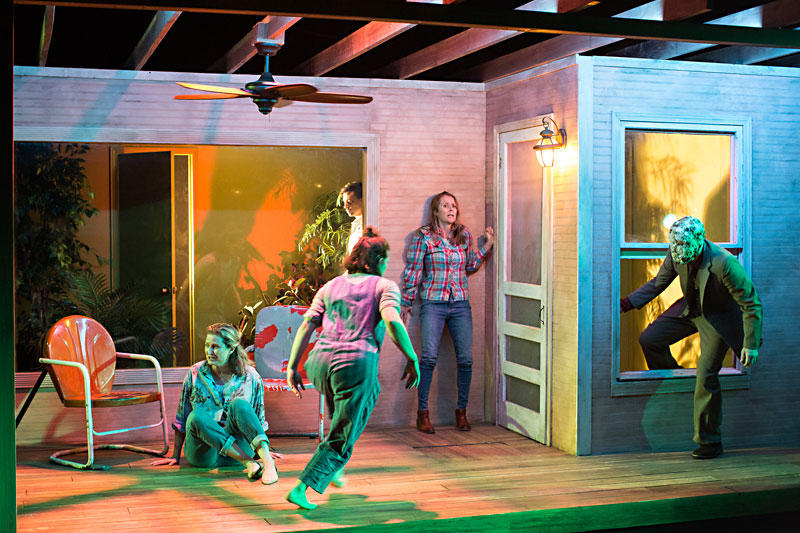 1) MATT HISLOPE entered, or rather re-entered, Austin theatre as a creepy, silent Faceless Ghost in Paper Chairs' Plano, along with his co-star and longtime collaborator Josh Meyer. Welcome back, guys! Can't wait to see what you've brought home.

2) By the time JILL BLACKWOOD arrived onstage as the perfectly pitched third sister in Capital T Theatre's It Is Magic, you knew the show was going for another level of crazy.

3) AMBER QUICK broke and entered in Street Corner Arts' The Butcher of Baraboo, to hilarious effect.

4) BONNIE CULLUM has been running the Vortex for decades, and her appearance onstage this year in Last: An Extinction Comedy was priceless.

5) ELIZABETH GEORGE rose to the surface in the UT Department of Theatre & Dance's 12 Ophelias, and all of us gasped for air.

10) It's double-dipping, but ROBERT PIERSON re-entered (and reanimated) as a zombie with his hand shoved in his mouth in It Is Magic was at once hilarious and terrifying. Just die already, dude!