The year seen through a lens of the city, upending the expected and lifting up the unusual 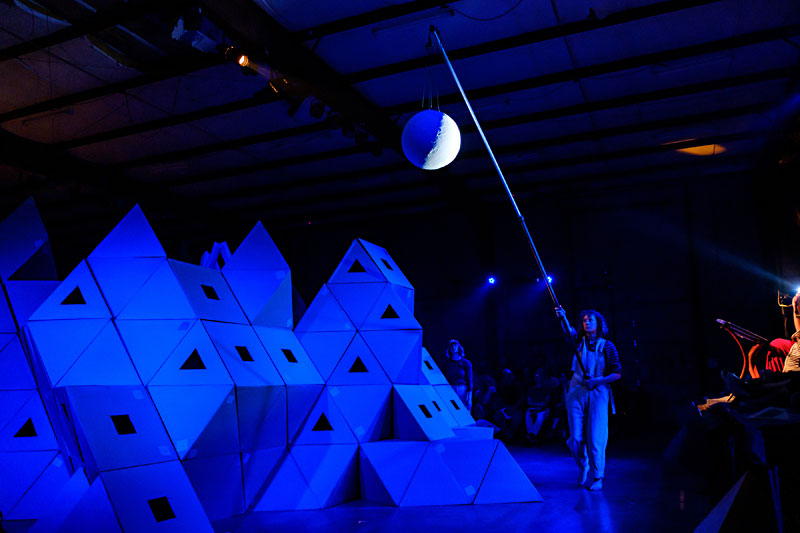 Rude Mechs' Not Every Mountain (Photo by Bret Brookshire)

1) NOT EVERY MOUNTAIN (Rude Mechs) This theatrical production of an epic poem contained the most mesmerizing line of the year: "Not every mountain knows the earth is a museum of dying things."

2) UT'S GORDON GIFT (Blanton Museum of Art) Charles White was one of the 20th century's most important artists, and UT-Austin has become the repository for 23 of his works, which were featured in not one but two shows on campus this fall.

3) BOB CARO DODGING JFK CONSPIRACY QUESTIONS (BookPeople) Who would have thought an audience member at this packed reading would interrogate the writer and LBJ biographer about his knowledge of Johnson's supposed role in the JFK assassination?

4) DARIO ROBLETO IN "THE SORCERER'S BURDEN" (The Contemporary Austin) The artist's film The Boundary of Life Is Quietly Crossed cosmically explores early recordings of the human heartbeat in a way that entangles the spiritual with the scientific.

5) PREETIKA RAJGARIAH'S WAITING TO EXHALE (Women & Their Work) The artist has a lot to say about the "yoga industrial complex," though her performance piece – which had onlookers burying her alive with dozens of colorful mats – needed no words.

6) WARREN HOOD OPENING FOR LYLE LOVETT (Moody Theater) The baby-faced fiddler and bluegrass virtuoso stole the show before Lovett and band ever got onstage.

8) GRIMM TALES (Ballet Austin) An unusual collaboration between artist Natalie Frank and choreographer Stephen Mills turned a night at the ballet into an odd delight of murder and mayhem.

9) ONE LAST CAN OF SPRAY PAINT (HOPE Outdoor Gallery) Austin's famed graffiti park at Castle Hill officially closed early in the year, marking the end of an aerosol era for artists and admirers alike.

10) CHAD HOLT (R.I.P.) In June, the Lost Well held a roast, and just two months later, there was a toast – to an Austin iconoclast and indie anarchist gone way too soon. This city just isn't the same without him.

A version of this article appeared in print on December 20, 2019 with the headline: Top 10 Only in Austin Highlights of 2019