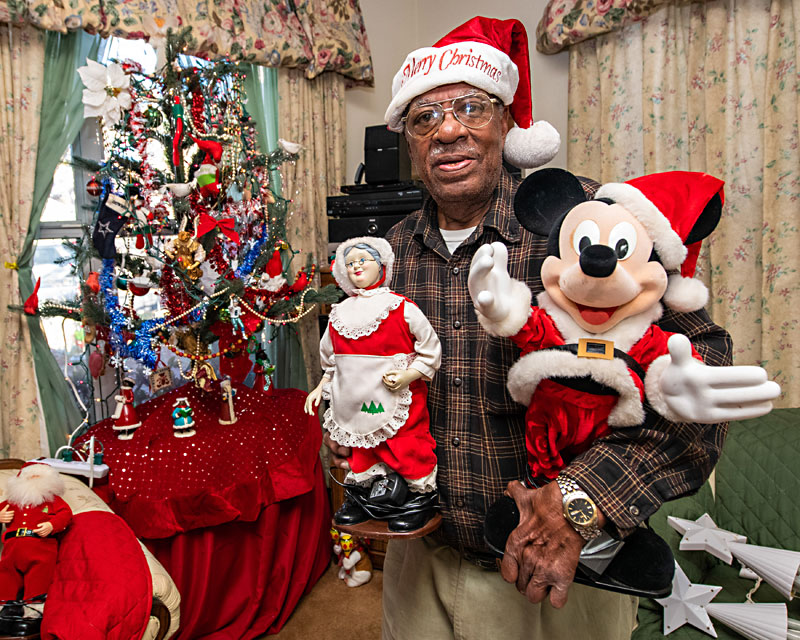 Willis Littlefield buys batteries in bulk this time of year – his gyrating Santas depend on it. Since the late 1990s, the longtime Clarks­ville resident has been drenching his home in holiday lights and Duracell-charged dolls dancing to the beat of James Brown. For Littlefield, the only thing bigger than Father Christmas is the Godfather of Soul.

The spirited seventysomething has lived in the same house all his life, watching West 12th Street go from a quiet block just west of Downtown to one of the city's most sought-after real estate hot spots. Clarksville, which was designated as a historic district in 1975, is the oldest surviving freedmen's town on this side of the Mississippi.

Established in 1871 by Charles Griffin Clark, a former slave, the area attracted African American freedmen (as well as at least one black Union Army soldier, Hezikiah Haskell) hoping to reunite with family members and build a thriving community during the post-Civil War era of Radical Reconstruction. In the decades leading up to Jim Crow, Clarksville became a burgeoning center of African American life and culture.

Littlefield sets up his armada of swaying Santas and crooning musicians in the exact same manner each night on his lawn, a task which takes about an hour.

It's an extraordinary chapter in American history, and for Littlefield, it's the site of his family homestead, purchased sometime in the 1930s, before he was born. He can still recall the dirt path out front, before they widened and paved the road. Willis' next-door neighbor while growing up was a prominent blacksmith, he tells me; people from as far as Spicewood would bring their horses to him for shoes. "I learned to ride on this very street," he chuckles.

Those days are long gone, with valet parking for the upscale restaurant Jeffrey's on the corner taking over from the men who used to ride into the neighborhood on horseback. Willis and his wife Katherine are the only remaining African American homeowners on the block. "MoPac drove a lot of black families out of Clarksville," he says, referencing the massive highway construction that sliced right through the neighborhood around 1970. "But it's the property taxes that are driving everybody out of town now – blacks and whites."

None of this seems to be stopping the Littlefields, who will kick off their 22nd year of kinetic Christmas magic on Dec. 16. (It's worth mentioning that the lawn lights already on display are quite impressive – even their next-door neighbor has festively followed suit.) "We were doing two weeks, but we had to cut it down to 10 days," he says, citing rising costs and the sheer amount of time it takes to set up and dismantle each night. "People are good about bringing us extra batteries though."

The whole miracle on West 12th Street began in 1998, when Willis was an employee at the Texas Senate. One of his co-workers brought a dancing toy Santa to the office, and a Christmas lightbulb went off in Littlefield's head. He went out and purchased his own electronic St. Nick, placed it on a small coffee table outside his house, and flipped it on, to the amusement of some folks walking by, en route to Jeffrey's for dinner.

From there, the collection started growing each year: Santa, Snoopy, Mickey Mouse, and Mrs. Claus. More and more electronic dolls – including a hip-swinging Elvis bear, Ray Charles jerking at the piano, and James Brown (two, in fact) behind the mic. Littlefield sets up his armada of swaying Santas and crooning musicians in the exact same manner each night on his lawn, a task which takes about an hour. But it's the way it has to be done; he and his wife have dealt with too many thefts. "They took an angel one year," Katherine says, while shaking her head.

The Littlefields hope to continue the tradition for a few more seasons, but time will tell. "I'll always be able to get help with lights on the trees," Willis assures me, "but the wear and tear on James Brown is starting to show." He switches on the plastic figure, as Brown stiffly belts out his signature exhalation, "I Feel Good." "He just doesn't move the same way anymore."

Musicality is a central theme in the Littlefield light display, with gospel music kicking off each evening before veering into holiday classics. Listen carefully and you might hear Willis on the drums: He's been playing with the legendary gospel group Bells of Joy for years. (They still perform once a month at Stubb's Bar-B-Q.)

As the Clarksville Christmas spectacle has grown, so have the crowds; buses and limousines squeezing down the block; visitors coming from as far as Switzerland, on a sort of modern-day pilgrimage. Willis hands a candy cane to each and every one of them. "It's a token of love," he says.

I ask him what Christmas was like when he was a little boy, growing up in that very house, and a smile spreads across his face as he describes waking early to find presents under the tree. Kath­erine insists Christ­mas is more exciting now than when she was a child: "It brings us a lot of joy to make other people happy."

Over Thanksgiving, Willis plugged everything in, "just to test it," a false alarm which caused a momentary ripple of excitement down the block. Their screened-in back porch is currently festooned with as much Dallas Cowboys decor as Christmas decorations. Boxes overflowing with holiday lawn ornaments take up most of the space, including a 6-foot Santa still in hibernation – the season's highlight, its animated, automated movements an old-fashioned delight especially among children.

He avoids yard inflatables out of safety concerns, having done away with his blow-up Santa a few years back after someone tried to sit on its trampoline of a lap. The inflatables, Willis tells me, have all but taken over in the stores – gone are the days of battery-operated toys.

A version of this article appeared in print on December 13, 2019 with the headline: Citizen Cane 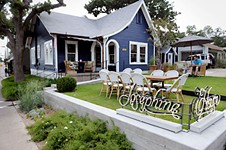 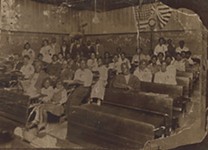 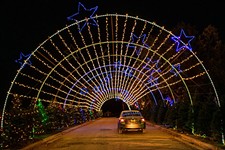 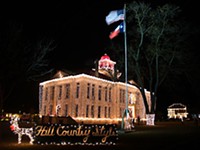 Day Trips
A winter wonderland of lights and fun