Austin Playhouse's She Loves Me 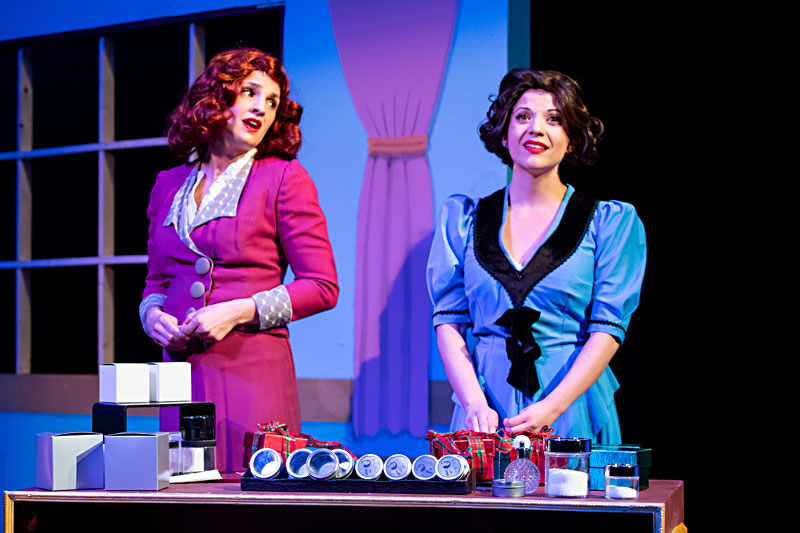 If the musical She Loves Me were any more adorable, it would be licking your nose, rubbing up against your leg, and following you home from the theatre.

So adorable is this musical that every character is singularly likable, every dramatic situation lacks weight and consequence, and Jerry Bock's immensely hummable music with Sheldon Harnick's abundantly witty lyrics result in charming songs that merely capture a moment rather than working to progress Joe Master­off's unflinchingly formulaic storyline.

She Loves Me springs from the 1936 play Parfumerie by Miklós László, which is also the source material for the cinematic poster children for old-fashioned romantic romps The Shop Around the Corner and You've Got Mail. So agreeable in tone and temperament is this Austin Playhouse production that it is not hard to imagine that Scott Shipman's velvet-gloved direction was performed while wearing soft flannel pj's.

At the show's epicenter are Georg, a mild-­mannered middle manager (played with alluring vulnerability by Joey Banks), and Amal­ia, a tightly wound salesgirl (a delightfully spunky Sarah Zeringue), who are feuding employees in a perfumery in affluent 1930s Budapest. They loathe each other from the get-go, engage in increasingly comedic antagonism, and take refuge in romantic pen pal exchanges with an anonymous stranger until they finally realize that they have been writing to one another and fall into each other's arms.

Before they do, the two share the stage with fellow sales staff that are played by a dream team of performers who fully understand the rhythms of romantic comedy and possess the acting and singing chops to carry them off. The staff includes the romantically insecure Ilona (Marie Fahlgren, whose "A Trip to the Library" is one of this show's musical highlights); the smarmy Kodaly (Stephen Mercantel, whose "Grand Knowing You" is another); the soft-spoken Sipos (Tim Blackwood); and the ambitious young delivery boy Arpad (Bryce Ray). They are ruled over by the hard-on-the-outside-but-soft-in-the-middle perfumery owner Mr. Maraczek (Rick Roemer).

Despite the absence of garish production numbers typically found in musicals written in the Sixties (the show was revived on Broadway in 1993 and again in 2016), choreographer Judy Thompson-Price makes the most out of the opportunities provided in songs like "A Romantic Atmosphere," which takes place in the restaurant where Amalia's failed attempt to meet her pen pal for the first time occurs. While the headwaiter (a deliciously aloof Huck Huckaby) sings about his fine establishment, the classy patrons erupt into a dance that is anything but, led by the clever and wonderfully slapstick antics of a misguided young waiter (Michael Wheeler).

Wheeler's performance, and that of the talented ensemble led by dance captain Laura Walberg, would have stolen the show if not for Zeringue's "Vanilla Ice Cream" (where she flat-out nails the high B at the end) and the fever-induced "Where's My Shoe?" as well as Banks' "She Loves Me," each of which showcases the actors' brilliant comedic timing, hilarious physicality, and made-for-musical-theatre voices. These and all the musical numbers are supported by a small but spectacular offstage orchestra (Noel Esquivel on reeds, Christina Steele on violin, Julia Dixon on cello, and Mike Koenning on percussion) under Lyn Koenning's direction and keyboard.

Every moment in this production is a pleasure, but contributing little to the cause is Mike Toner's scenic design. The flat, pastel-colored Maraczek's Parfumerie comes without the Mitteleuropean elegance required by this show's sense of place and period and, as such, seems built for farce rather than romantic comedy. Fortunately, the display cases stocked with all manner of eye-catching beauty products and the stylish costumes of those who populate this play, designed by Jennifer Rose Davis, add to the ambience.

Clearly, adorable is not for everyone. But if you, too, have a pair of soft flannel pj's in your bedtime arsenal, there's a seat and a warm glass of milk waiting for you at Austin Playhouse.

A version of this article appeared in print on December 6, 2019 with the headline: Flat-Out Adorable 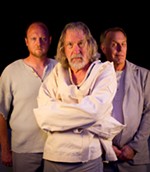