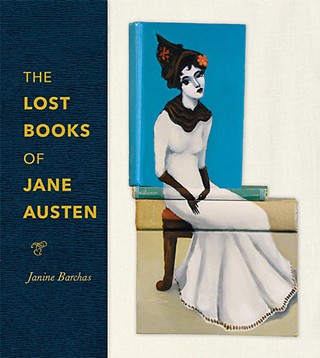 There's no way that the author of Pride and Prejudice and Sense and Sensibility could have set foot in Austin, considering that she died a good 20 years before it was incorporated, but Jane Austen certainly has a presence here today – one could say the Texas capital is now a hotbed of Austen scholarship, in large part to the work of Janine Barchas. In her 17 years at the University of Texas at Austin, this English department professor has provided invaluable insights into Austen's life, fleshing out the society in which she lived and worked by pinpointing notable figures of her day who inspired characters in her novels (see Barchas' Matters of Fact in Jane Austen: History, Location, and Celebrity) and even digitally reconstructing prominent art exhibits that Austen attended on the website WhatJaneSaw.org. Moreover, she's helped us understand the author's afterlife – drilling down through history to discover what led Jane Austen to become Jane Austen, literary superstar whose works are perpetually being reprinted, adapted for stage and screen, and referenced on tea mugs and T-shirts.

It's in the latter vein that Barchas is working in her new book, The Lost Books of Jane Austen. Don't be misled by the title into thinking it contains previously unseen fiction by sweet Jane. The books it references are the copies of Austen's work that were printed on the cheap and thus less likely to wind up in the libraries of the upper crust who collected fancy first editions. (Think of those throwaway Penguin Classics paperbacks – or better yet, the flimsy Signet editions. What blue blood would hold on to one of those?) If they weren't kept in a collection, they were less likely to be acquired by places like the Ransom Center and other guardians of posterity and their value to history unnoted. But in this book, as well as the current Ransom Center exhibition "Austen in Austin," showing through Jan. 5, 2020, Barchas argues it was precisely those cheap editions printed in the 19th and 20th centuries that did so much to spread Austen's popularity across economic and class lines – moreso, in fact, than those exquisite leatherbound versions that, in the end, may have gone unread by the owners who shelled out so much for them.

Remarkably, Barchas has tracked down a host of inexpensive editions from Austen's lifetime to the present and details for readers when and where they were published and, just as crucially, how they were marketed to adapt to changing tastes. (Want to see how Austen's novels were pitched as Gothic romances or pulpy potboilers? Get the book.) In addition to the vivid reproductions and Barchas' careful narrative of Austen's publishing history, The Lost Books connects surviving cheap editions with their owners, and Barchas shares what she's found of their histories. It makes for an unexpectedly personal touch in this scholarly tome – one that makes you feel that any copy of Austen's work you have has value to history, and by extension, you do, too.

The Lost Books of Jane Austen Austin Playhouse’s Miss Bennet: Christmas at Pemberley
In its rush to be fun, the show fails to tap all the potential of this rom-com sequel to Pride and Prejudice