The theatrical Renaissance man moves Latinx performance out of the margins 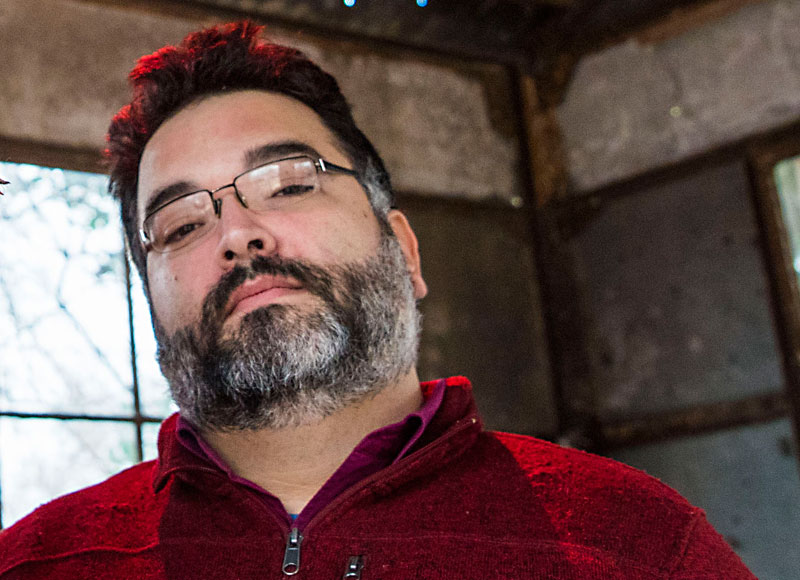 Representation. Its importance is a hot topic among theatremakers. But when the conversation shifts toward actually achieving it, Rudy Ramirez believes a lot is left unsaid. "People don't tend to think about diversity within communities of color. They don't think it's there." As a member of both the Latinx and queer communities, the award-winning director has time and time again found meaningful onstage inclusion either lacking or nonexistent. "I realized if I was going to talk about Latinx experience in a non-simplified way," Ramirez says, "it'd have to be from my own perspective."

In recent years, Ramirez has led a charge for broader Latinx visibility in Austin's performance scene. Doing so across several mediums, the artist's most notable push began in 2018 in the form of the FuturX Festival, a multi-day showcase of forward-thinking, Latinx-penned performances, including solo shows, plays, improv, and a host of avant-garde work.

Described by collaborators as a "theatrical Renaissance man," Ramirez seems the ideal candidate to organize this event. Since beginning his tenure as Vortex Repertory Company associate artistic director in 2011, the artist has earned a reputation (as well as five B. Iden Payne Awards and a Chronicle "Best of Austin" award) for staging fresh, challenging work. "Rudy has this ability to recognize and summon people's internal power," says actor/playwright Krysta Gonzales. "When you invite people in to see what they have to offer, magic happens."

At its core, FuturX is just that: an invitation to experiences typically hidden from the mainstream. "I'm interested in highlighting the margins of Latinidad," says Ramirez. "Latinx identity in dialogue with, say, indigenous, African American, trans, or queer identity." Considering their affinity for inclusive narratives – the artist is currently directing three: one for bilingual theatre company Teatro Vivo and two for FuturX – it's telling that until 2015, Ramirez hadn't staged a Latinx-written show: "There was no real opportunity to do anything that spoke to my background. Even when I found ostensibly 'Latinx' work, I wasn't connecting with it specifically."

Like many creatives of Mexican descent, Ramirez's heritage isn't exactly simple. Their father descended from a long line of working-class Tejanos and his mother from 20th-century Mexican landowners fleeing political unrest – leaving their son with a complicated understanding of class and race that never aligned with propagated Latinidad narratives. "Chicano theatre is often about certain experiences: being an immigrant or migrant worker. There are experiences of Mexicanidad that I'll never know – and to stage those stories would be appropriative." It doesn't help that these narratives are frequently resolved in predictable ways. "I've always been chafed at those plays that culminate in the embrace of family and tradition – 'Always trust what abuelita says.' As a queer person, I can't readily look at tradition as 'that's where home is.' The home I've mostly made for myself is with friends: my chosen family."

Ramirez would chase his own representation through playwriting, performing their solo piece Promised Land: A Radical Queer Revival in 2009 and the duo show Footnotes for People Who Don't Speak Spanish with Beliza Narvaez in 2011. Then, in 2015, things finally clicked. While directing Tanya Saracho's El Nogalar, a loose adaptation of Anton Chekhov's The Cherry Orchard set against the backdrop of Mexico's drug wars, they saw reflections of their family's unique backgrounds: namely, their father in the hardworking, class-conscious character Lopez. "[Nogalar] addresses prevailing attitudes in upper-class Mexican culture vs. working-class culture. It felt like two halves of myself meeting for the first time."

Today, El Nogalar remains a blueprint for Ramirez's FuturX planning, not only for its thematic freshness, but for how Saracho's writing refuses easy answers. "As terrifying as the drug cartels have been, they're one of the few opportunities for working-class folks to gain wealth in a segregated, caste-like society. Classism is always racism in Mexico, and there's nowhere near enough work about the racism we put on each other." Ramirez's eagerness to complicate conversations surrounding Latinidad would similarly draw them to directing FuturX's first headline performance, (Un)Documents, Jesús I. Valles' poetic solo show that, in addition to foregrounding queer Latinx intersectionality, balanced the question of "Why fight for citizenship if, to exist, it must delegitimize?" against "What happens without it?"

"Tension is one of my favorite words in theatremaking, saying, 'Neither answer is right, so let's sit in that neither-is-right-ness and experience the pull.' Maybe there we'll find something new." This year, in staging Krysta Gonzales' new play Más Cara at FuturX, the director aims to bring that same dramatic tension to another rarely seen experience: Latina womanhood. A fantastical dissection of gender expectation and tradition, 2019's flagship show follows headstrong Latina Alma on a lifelong journey toward self-respect. Her quest is aided by Mexican folklore goddesses Coatlicue, La Llorona, and Tonatzin – themselves representing archetypes of Mexican femininity. "While [Más Cara] is about empowerment for women, it refuses to say, 'And that's when I left my husband, lived my best life, got remarried ....' Sometimes you don't find somebody else, but nevertheless, respecting yourself necessitates that sacrifice."

As each passing rehearsal brings FuturX 2019 closer, Ramirez has been reflecting on how these performances shaped their up-and-coming festival. "It's necessary to tell stories that say, 'Our beauty doesn't come from fitting into the idea of what a citizen or a woman should be, but rather, our absolute inability to be contained by those words.'" While Ramirez will be the first to tell you that representation is a complex, multifaceted subject, it seems that so many of their efforts center on that basic idea of resisting containment, be it in the form of easy answers, tired narratives, or someone else's expectations. "When you're Latinx, so often you're told, 'You're just too much, too emotional, too sexual, too needy ...' I think sometimes the 'too much' is them saying, 'There's too many of you.' Look at some theatre seasons, and apparently, yeah, even one Latinx program is too much." Clearly, there's work to be done, but where better to begin than affording voice to unheard perspectives?

A version of this article appeared in print on November 1, 2019 with the headline: Not in the Margins 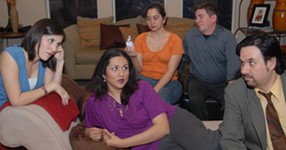 'Keeping Track'
A comedy serving up (micro)chips and salsa