In Dad's Maybe Book, the author of Going After Cacciato is going after fatherhood A grainy snapshot of a French resort that, in this American family's estimation, fits like a stranger's overpriced suit. Two shiny boys named Timmy and Tad, their heads barely reaching the tabletop, play pingpong as their father, the famed author Tim O'Brien, watches with love and something else. Three minutes earlier he learned of his mother's death.

His new nonfiction Dad's Maybe Book wasn't supposed to be a book at all. At 58, O'Brien had divorced himself from writing and embraced fatherhood. "I didn't miss it at all," he says. "I'd come to hate it, this thing I once loved. I was trying to make decent sentences, and it's so hard to do. On the other hand, I wanted to be a good dad because I had a dad who didn't seem to love me, didn't even seem to like me much. He lived inside of a vodka bottle through my youth. I didn't seem to ever please him."

When the book became more than a maybe, the now 73-year-old O'Brien faced the daunting task of remembering. "It was both a challenge and a relief in a way," he says. "The relief was I didn't have to invent. Life gave it to me. The challenge was that memory is so fallible, and so full of holes, that most of my life – my childhood, the war, the writing life, and even with the kids – was eradicated, just erased in the way for you most of yesterday was erased." Please don't call the author of The Things They Carried, In the Lake of the Woods, and Going After Cacciato a "war writer," a moniker he despises. "When I did decide to write a book, I thought, 'Good, you can't just call me a war writer because I'm writing a book about love for my children and a whole lot more than that,'" O'Brien says. "I'm writing about my own mortality and old age. I'm writing about how hard it is to make sentences. I'm talking about the fallibility of memory. And my own dad."

As a child, O'Brien feared his father's rage. "At about 9 years old, I remember rigging up some bells with strings to tell me when he came in, so I'd at least wake up," O'Brien says. "When he really got drunk, he felt dangerous to me. I know my mom was afraid of him, too. He was committed twice to alcohol treatment facilities. It didn't take. He didn't stop until he got really old and couldn't drink anymore. Then there was finally a kind of peace that, thank God, happened between us."

The Vietnam War does have a place in Dad's Maybe Book. "If I'm talking to my kids, I can't leave out this chunk of my life," he says of the war. "It was just 14 months of my life, but those 14 months are going to be the entire content of my obituary."

Death looms, too. "The squeeze of being 73 is the same in most ways, not all, as it was back during the war," he says. "Death is proximate. Every step. Land mines everywhere. Eighty-five percent of our casualties came from them. You don't know where to put your feet. The next step, you might die. Now it's maybe I'll die during this interview. Maybe I'll die next week. Maybe it will be five years or 10. But it's going to happen. You walk around on a minefield long enough, it's going to catch up with you.

"I'm more realistic about it and not nearly as afraid as I was back in Vietnam. I was terrified of death. I was afraid of a painful death. I'm not now, but I am afraid of something: my children without a father. That scares the shit out of me. It will forever. It did from the day of Timmy's birth. That there's a finite number of days left. My love is infinite. Putting those two things together makes me want to cry. The grief on their faces, the losses. I've been a good father, and they love me. It's going to kill them. Not literally, but it's going to kill something in them. They're going to feel the same anguish I feel at having lost my dad, and it's not going to go away."

O'Brien eventually made peace with his own father, but his anger toward unnecessary wars still rages. He writes directly to his sons in the book of George W. Bush's certainty about the buildup to war in Iraq: "It is important to be faithful to your values and to your opinions, but remember that your opinions are opinions. And remember that your values may reorganize themselves over time."

His biggest semi-secret? Magic. It's been a hobby since he was a boy and still sparks his imagination. "There's a little shiver you get when a woman is standing right in front of you and then she's gone. The rational brain knows it's not a miracle, that something was done, but there's that shiver of surprise. It's the same shiver you get from writing. You know it's not real, but it feels real as you experience it." 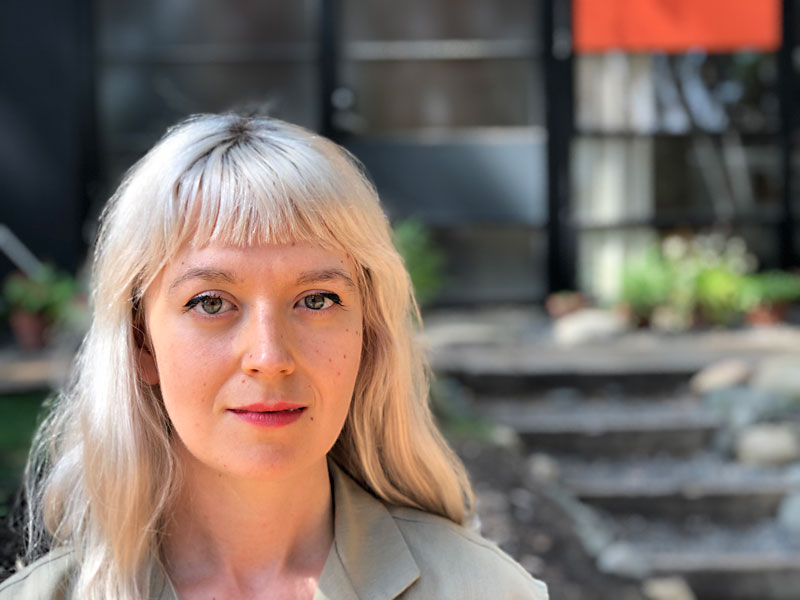 Smith will be at the Texas Book Festival to discuss her debut novel Marilou Is Everywhere, which Chronicle Editor-in-Chief Kimberley Jones calls "a compelling missing girl mystery [that's] delicately nudged ... to the corner of the frame to focus instead on a girl left behind, a girl who will eventually disappear from her own life." For the full text of Jones' interview with Smith, go to austinchronicle.com/texas-book-festival.

A version of this article appeared in print on October 25, 2019 with the headline: Going After Fatherhood