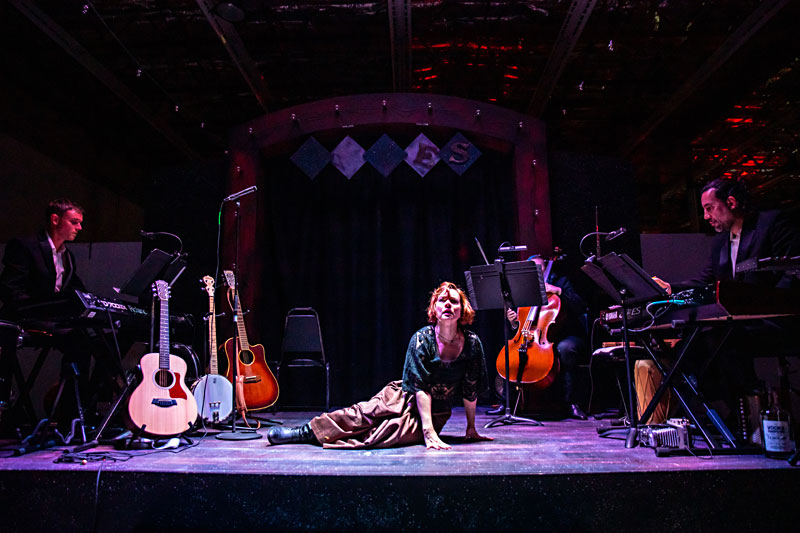 Sometimes, especially this time of year, you want to hear a good ghost story – and you wind up hearing several good ghost stories for the price of one, and they all overlap in resonant layers, and that's even better.

Sometimes you want to attend a musical, but you want an experience more intimate than some Big! Broadway! Spectacle! with a cast of millions ... but you also don't want just another night of, like, glitzy cabaret. ... You want something with solid choreography and accumulating subtext and everything performed in the service of a compelling through-narrative, but with a close-up setting and a cast of only, say, four people carousing about the stage in finely tuned movements and with an abandon that seems reckless – but only when they want it to seem that way – because they've rehearsed the fuck out of it, they must have, because for all their verve and panache they're so impressively precise.

And so you go to see this Ghost Quartet show that Penfold Theatre is staging at the Blue Genie Art Bazaar (until the last two shows, when they move it to the Driskill Hotel). You go because it seems like it'll be something you'll enjoy more than any boo!-we-scared-the-shit-out-of-you Terror House of Media Tie-In Torture or whatever, more than some alcohol-fueled club party that's usually hyped as "spooktacular" and encourages you to dress in a garish costume and mask as if to unleash what's behind the more subtle costume and mask you wear every day of your life. Hrm.

You go to see this Ghost Quartet, and you wind up thanking the powers that be that you get to review what you've seen – because it's so well done, such a wonderful, engagingly creepy work of theatrical and storytelling art that you want to tell everybody about it.

You don't care much about awards and such, even if their namesake is Grace Kelly, that stone-cold fox of yesteryear, but if the Princess Grace Foundation saw fit to give Liz Fisher, the director of this Ghost Quartet, an award a year ago, well, that only proves that the organization is valid. Because judging just from Ghost Quartet – the way Fisher moves her actors around the stage, and the performances she's finessed from them, the way they and the live band (led by keyboard man Austin Kimble) interact musically and kinetically – tell you what, Fisher is some kind of directing savant crossed with a chess master.

Of course, it doesn't hurt that the four actors spinning themselves and their tales of death and joy and sorrow and revenge and booze, booze, booze – it doesn't hurt that Sarah Marie Curry, Megan Tabaque, Shane Satterfield, and Nathan Ford are such exemplary performers and singers. (Although it's Curry of whom one wonders, "Why is this woman with those powerful pipes and that magnetic stage presence not starring in every other top show on Broadway right now?")

What also doesn't hurt is scripter and composer Dave Malloy's complex and interweaving evocations of Edgar Allan Poe and the Arabian Nights and European folktales and, ah, maybe Rod Serling and Tom Waits and even Hubert Selby Jr. in there somewhere, and that cruel, cruel sister of the dreadful wind and rain. You know how people say of life, to mock the cliche, "It's all a rich tapestry," yes? This show is a rich tapestry: a rich, dark, creepy, intriguing, fully rewarding night of entertainment, enhanced with design by Patrick and Holly Crowley, Megan Reilly, Lowell Bartholomee, and Aaron Flynn, that will make your Halloween more hallowed and much smarter than most.

A version of this article appeared in print on October 25, 2019 with the headline: Darkling Tapestry 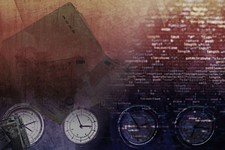 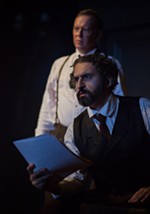