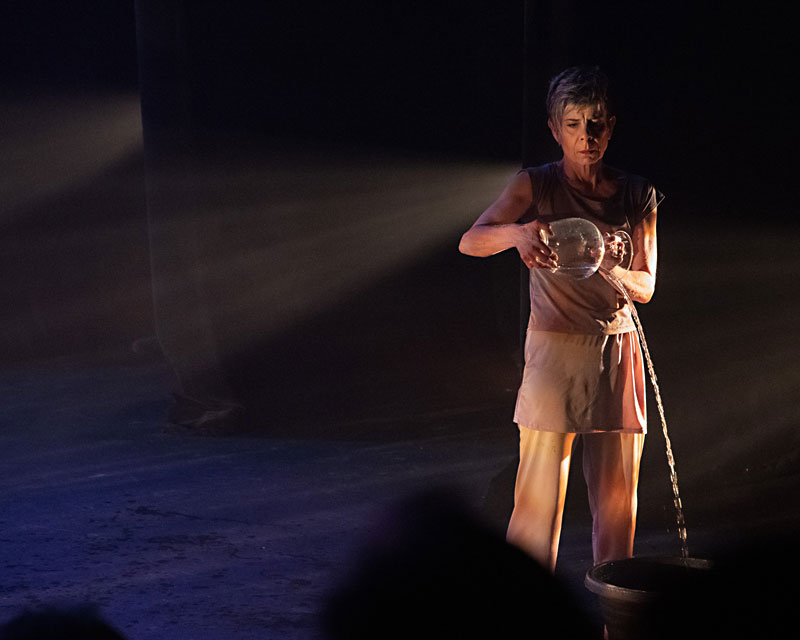 The title of the first number in this season opener for Tapestry Dance Company placed us "On the Banks of Auditorium Shores," and as soon as the bluesy kick of "Pride and Joy" hit our ears, we knew exactly where on the shores we were. Stevie Ray's statue was as fitting a spot as any for a choreographic celebration of Austin to begin, just as it was in 2002 when Tapestry debuted Austintatious at the Paramount Theatre.

The current company members immediately showed themselves to be full of Austin spirit, and watching them strut across the Rollins Theatre stage – joy on their faces, pride in their strides – wasn't just delightful; it was rejuvenating. It had you feeling as young as you were when you first saw Stevie Ray's statue or maybe even when you first heard him pluck magic from his electric guitar.

That wasn't the only instance when this show elicited a sense of the years shifting. Time made itself felt throughout – as much as, if not more so than, the city. After all, here was Tapestry marking the start of its 30th season with a show it premiered 17 years before. All of the dancers who had performed in it then have been long gone from the troupe, and the artists now filling their tap shoes were kids during that first run. The songs they're moving to now qualify as golden oldies, with some of them played by Austin bands and musicians who, like Stevie Ray, are no longer with us: Tony Campise, Daniel Johnston, the Asylum Street Spankers. The dances themselves reflected Tapestry's original character as a multiform company, performing contemporary ballet and modern dance alongside rhythm tap. Nowhere was that more evident than in the closing piece, "Waterworks: Agua Dulce," which had the dancers doing abstract moves, using handkerchiefs to kneel on and cover their faces, and imitating birds and other kinds of wildlife. Choreographer Dee McCandless, a major figure in dance locally in the Seventies, Eighties, and Nineties, also had company co-founder and Executive/Artistic Director Acia Gray – the constant through Tapestry's three decades – periodically pass through the scene, transferring water from one jar to another, aging visibly with each appearance. Watching Gray move more and more slowly, her back arching and shoulders slumping, her feet shuffling, the sense of time passing – not just in us but also in this company – was inescapable.

That isn't to say, though, that the moment suggested time bearing down on and crushing Gray or Tapestry. On the contrary, every other appearance by Gray revealed her to be defying age, her steps the most eloquent and effortless of any on stage. Her tap dancing is its own language, capable of expressing elation, seduction, longing, grace, and music isn't just something she dances to; it's what she gets inside of and bonds with, her feet and body at one with the rhythm. The present company is well on its way to where she is, its five dancers showing us how they connect with the rhythm and expressing it in a range of feelings. Their freshness and craft beside Gray's enduring and inspiring artistry was testament to Tapestry's Austin spirit even more than the numbers centered on the city's love of a good time or its connection to nature. What makes this company "Austintatious" is its devotion to art, to collaboration, to innovation, and those qualities are what make you want to, as Stevie Ray says of his love, "stick with her until the end of time." Tapestry is our pride and joy. 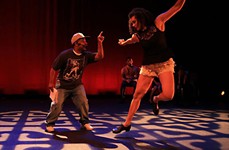