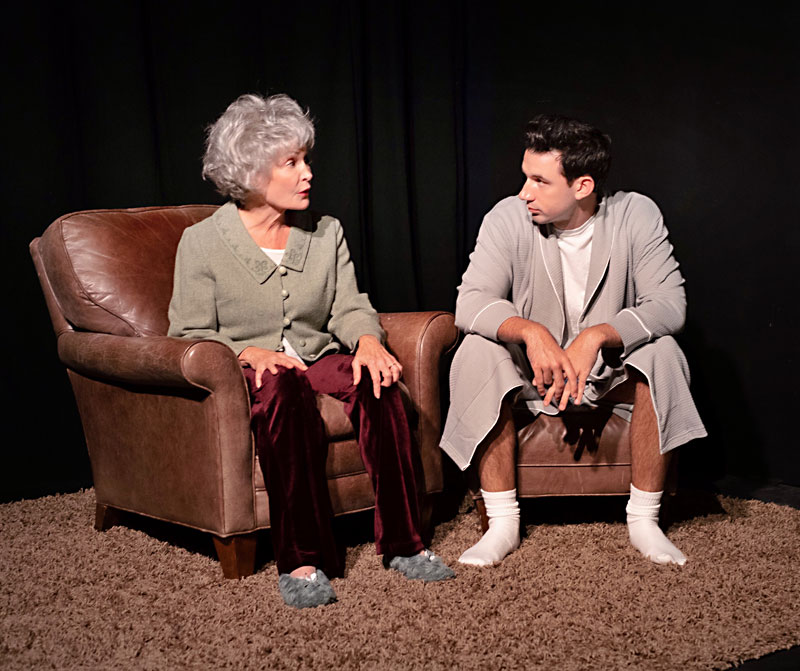 Back when I performed short theatre competitively (aka Oral Interp) at high school speech tournaments, there was one unspoken rule for snatching first place: no crying. And for good reason. Welling up during dramatic scenes seems an easy way to tug at a judge's heartstrings. And that's just it: It's easy. Physically portraying sadness is simple; actually inspiring feelings of sadness in an audience is a different ballgame entirely. It's this same "show, don't tell" principle that, for me, made Alchemy Theatre's production of Kenneth Lonergan's The Waverly Gallery such a visceral viewing experience.

In the intimate Mastro­george Theatre, the company's sophomore production tells the story of Gladys Green, a vivacious gallery owner stricken with Alzheimer's. From the perspective of Green's grandson, Daniel (played by newcomer Ruben Caballero), we witness Gladys' painful mental decline and the strain it places on her loved ones.

Despite its overtly tragic premise, The Waverly Gallery contains a nuance that unfolds on two separate dramatic levels. On one level is the act that the family puts on for Gladys' benefit, expressed through strained smiles, constant reassurance, and mindless pleasantries – the way one talks to a child. On the other, the characters communicate in hushed tones undetectable to Gladys' hearing aid. Here, they express fear and frustration at their situation, often without words (e.g., through silent looks shot at one another). The dramatic weight of Lonergan's script exists somewhere between these two planes, at a superposition between emotional strength and fear.

Anchoring both levels is Babs George's performance as Gladys. Not just portraying a character who absentmindedly causes pain, George also exhibits palpable fear during Gladys' brief moments of self-awareness. It's a difficult balance to strike, and the actor does so with a power and grace that forms the show's backbone.

Under the direction of Michael Cooper, The Waverly Gallery communicates the gravity of its tragic situation slowly. As Gladys' condition gradually worsens, the fake smiles our protagonists wear become harder to manage. The show's once purposeful pace begins to drag as her illness traps these characters in their everyday lives.

For example, in a scene at an art show opening at Gladys' gallery, Daniel and the featured artist, Don (Luke Hill, doing a competent bit of character work), exchange dutiful pleasantries as Gladys absentmindedly repeats the question, "Do you like the pictures, honey?" The juxtaposition of her obvious decline with this awkward small talk creates a squirm-in-your-seat feeling. The rest of Act II is spent desperately trying to retain Act I's normalcy in the face of Gladys' disease – and its inability to do so is unsettling, like witnessing an overturned beetle trying and failing to regain its footing.

Toward the show's climax, an audience member behind me whispered: "This is the most depressing thing." That reaction is understandable, but The Waverly Gallery is more than that. Through its heavy atmosphere and select performances, Alchemy Theatre presents the human weight of disease. I'm not so bold as to claim this show is in any way comparable to watching Alzheimer's actually seize a loved one, but damned if it doesn't make that same pain partly tangible for its audience.

While not a perfect show, Alchemy's production of The Waverly Gallery is a strong study in the amount of effort needed to create a palpable sense of tragedy. It's not an easy feat, but when it's done competently, it's worth engaging.

A version of this article appeared in print on October 4, 2019 with the headline: Facing Loss 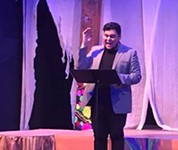