The show is welcome to hang around, but this artist is going places 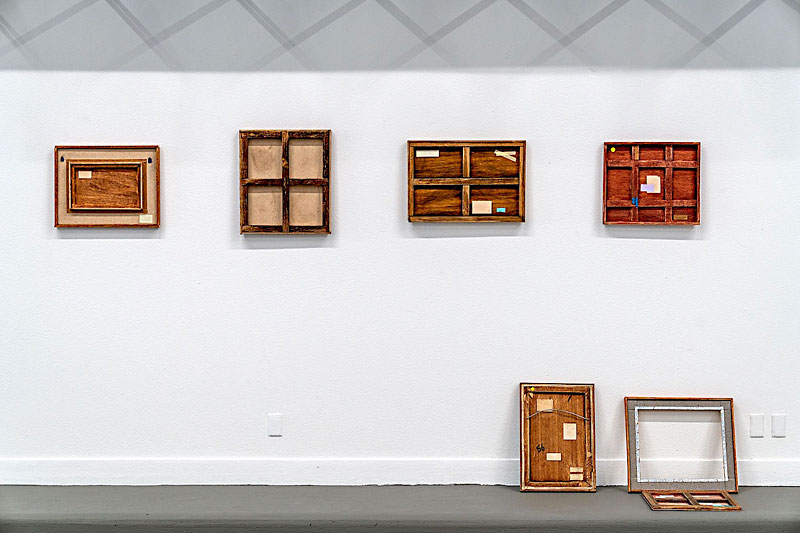 Oh, but it is going somewhere; it has gone somewhere; it's gone: This past Saturday was the last day for David Culpepper's exhibition at the Co-Lab outpost in Springdale General. What did you miss? What just happened – so you'll be prepared for the next time the artist's arch and meticulous works resurface in this town?

Culpepper's an art facilitator, day-job-wise. When he's not working on his own creations, he assists in setting up shows at the Contemporary Austin, Laguna Gloria, and elsewhere – much as Sean Gaulager, Co-Lab's indefatigable jefe and curator, has done for years. Culpepper also, as part of his workaday duties, fashions maquettes – rough, three-dimensional approximations of an artwork, used to figure out positioning and display space in a gallery or park before the actual artwork arrives. Except, in "That's Not Going Anywhere," Culpepper has joined those two separate (but highly permeable) areas of activity.

If you know your reviewer at all, you know that I tend to enjoy things that are metafictional or self-referential, as long as those things aren't rendered in such a heavy-handed way as to cause involuntary eyeroll. That was the case here – a welcome light-handedness – with Culpepper's skeuomorphism of objects, often also miniaturized, creating subtle cognitive dissonance across the intimate Co-Lab gallery walls. The man reproduced the backstage area, so to speak, of the theatre of professional art: the paraphernalia of frames and hanging apparatuses, as seen from behind – on the backs of paintings and such – whether shrunk to dollhouse proportions or reproduced life-sized. He used the tropes of the public-facing art world to reproduce the materials and methods of the behind-the-scenes art world, and it was a cleverly presented gambit that could make a viewer smile.

But, see, you wouldn't have to be aware of any of that. (This is where so many attempts at gallery-borne art fail or succeed, I think: They rely too much on a single level of engagement, and that engagement often requires some level – sometimes a deep level – of prior knowledge in order to be appreciated.) Culpepper's works are simultaneously a delight on the surface, from the get-go, and the effect was cumulative in this show's arrangement. If you didn't "get" the backstage conceit, then you wouldn't quickly recognize what the objects are; but if that was the case, then the objects' appearances were new to you, and their visual novelty within the familiar forms, amplified by the obvious care that went into their creation, was its own reward.

Obvious care? Oh, hells yes: Culpepper's reproduced the rough instruments of gallery work, but he's taken pains to ennoble them, drilling special channels to accomodate wood-joining screws, making what would have been position-indicating chalkmarks on the back of a panel, say, and engraving them into the material and then painting color into those glyphic grooves. Not so much gilding a lily, but ... casting a lily in bronze and then painting it lifelike? Something like that. And even though I've not described all that was on display, there still should have been more of it, I'm wanting to see more of it; and so now, you and I can wait for Culpepper to have another show in a bigger space – maybe even Co-Lab's imminent bigger space – and in the meantime continue to experience other artwork and wonder, "Oh, what's the back of that thing look like? What tools did its process of displaying involve?"