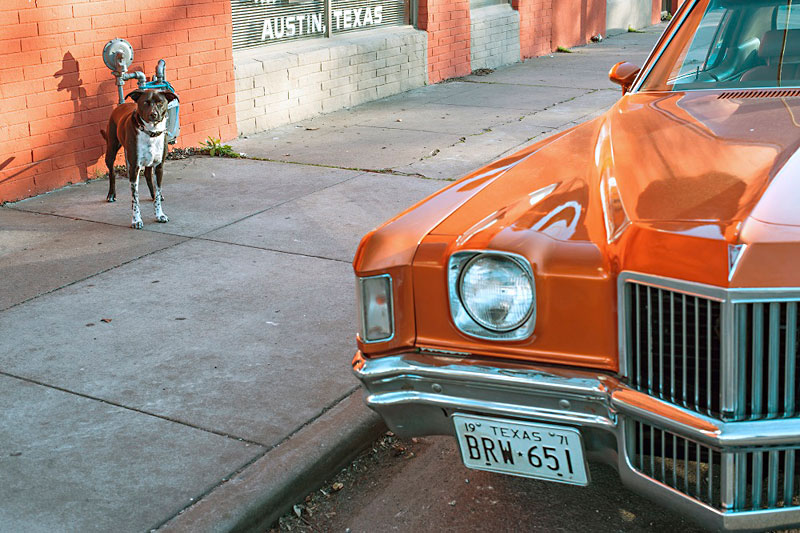 In the foreground, the portable roadside marquee is tipped over on its side, its sign absent of any message, its spindly black legs sticking stiffly in the air, giving the appearance of a dead insect taken out by some vehicle on the ribbon of asphalt behind it. Beyond the road, desert scrub stretches to low-slung mountains on the horizon, with monumental white clouds migrating through the ice-blue sky, and it's like all that nature is looking on and saying, "You puny human creations aren't made for this big country." 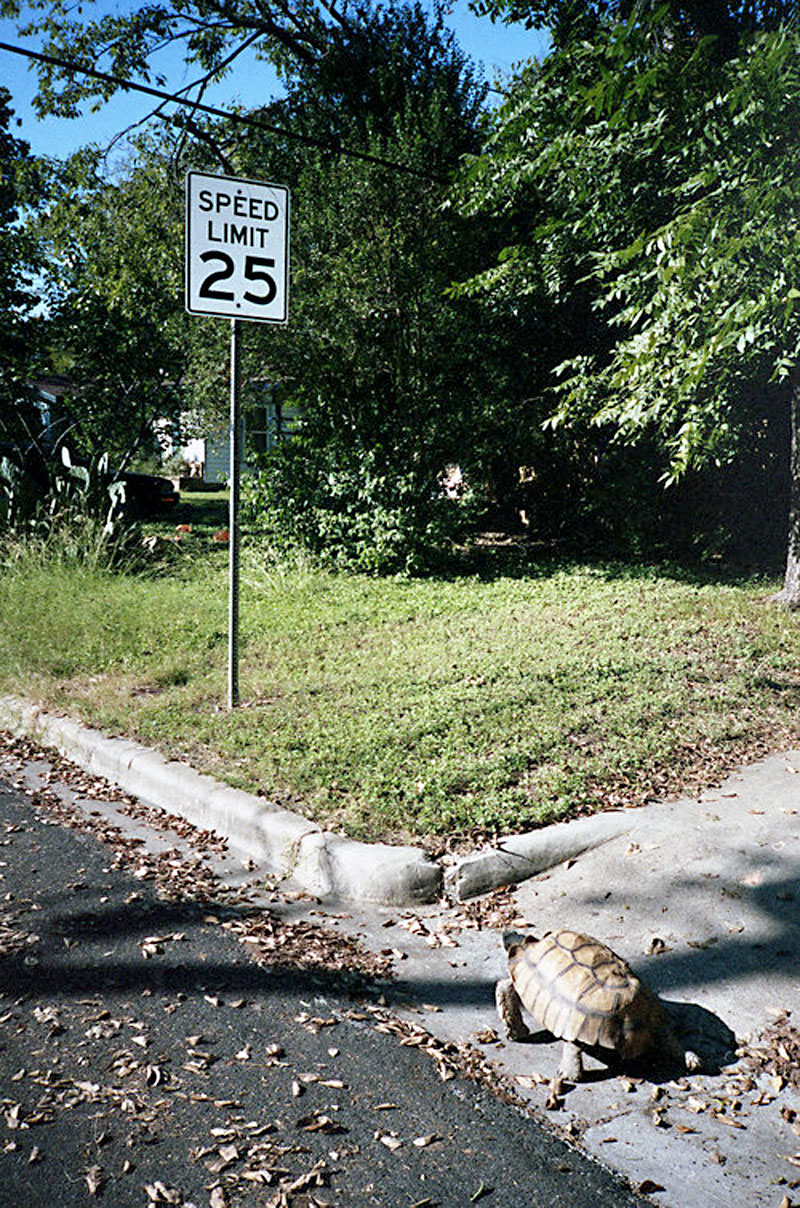 That's the first image in I've Always Been a Cowboy in My Heart, the new book by photographer and veteran Chronicle contributor Sandy Carson, and it's a pretty good indicator of the kind of work you'll see throughout its pages: firmly rooted in place – unquestionably the U.S., and most of the time pretty obviously the western half; marked by the unexpected or surprising; keenly observed; artfully composed; wry. In 72 photos drawn chiefly from his road trips across the American West from 2008 to 2018, Carson chronicles this land at its quirkiest and most curious: a dude astride a camel, yakking on his cell; a nun on a TV screen picking her teeth; an upright chair in the middle of a stream; a pair of two-story-high white-and-orange boots; a pink balloon tethered to a parking meter; a pig chilling on a magenta mattress cooled by a drum fan; a Star Wars Stormtrooper lounging on a deck chair beside a swimming pool.

If you only know Carson's work from his concert photos (collected in We Were There, Daylight Books, 2017), his coverage of the aftermath of Hurricane Ike (Paradise Has Relocated, 2010), his editorial portraits for the Chronicle and other publications, or his breathtaking action shots of BMX bikers (he rode professionally for 15 years), then you might not know that the man has an eye for the odd, the out of place, and the strangely comic. Whether it's his off-kilter Scots sense of humor or his outsider's perspective as a Scotsman in the States (or, most likely, a happy fusion of both), Carson is able to catch the absurdities in Americans and our culture that we may not see ourselves – like the row of stationary bikes set along the edge of a lake or the grocery aisle where the soft drink and frozen food coolers are topped by mounted deer heads and a taxidermied lion; the woman dressed as Lady Liberty taking a break from advertising the tax preparation service to check her cell or the man striding confidently down a San Francisco sidewalk in only a thong. 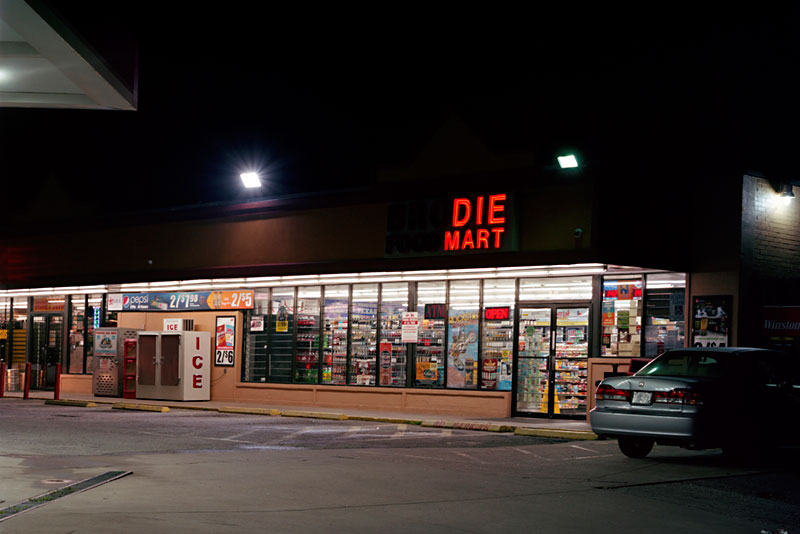 In a perceptive essay that accompanies the photographs, Dr. Katherine Parhar calls the distinguishing quality in Carson's work "accidental irony." A cow just happens to be standing by a road sign with a silhouetted bovine on it. The turtle happens to be crawling by the sign reading "SPEED LIMIT 25." The convenience store sign with half its lights burned out just happens to read "DIE MART." Carson himself calls them "absurd happenstances." He isn't on a mission to find things that will make us look ridiculous. He just chances upon them and takes the shot. Clearly, he likes the visual joke, but he conveys it to us with good humor. He exposes our folly without labeling us fools. 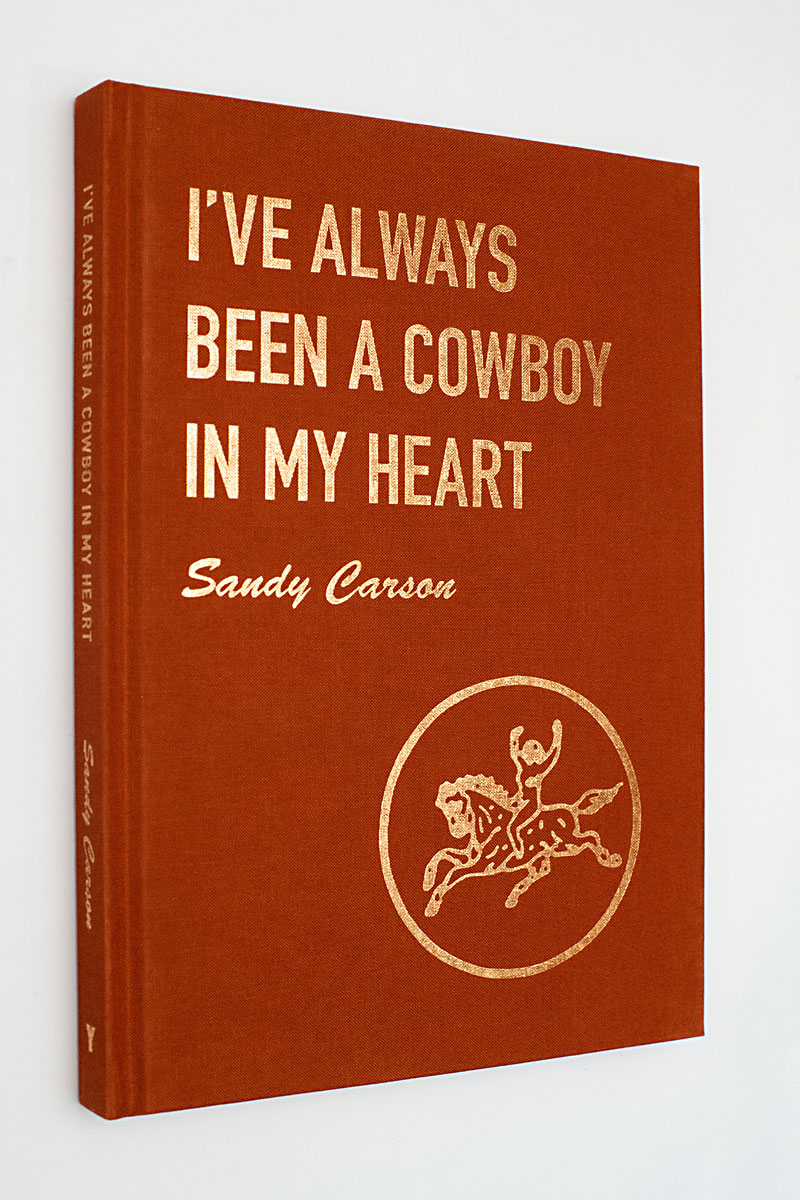 The lack of judgment in the photographs that make up I've Always Been a Cowboy in My Heart – hell, you could go so far as to call it an underlying sweetness – can be traced to the wonder with which Carson views his surroundings. He told one interviewer that even after 25 years in this country, "I still have wide eyes traveling around the States." As long as that's the case, we can count on Sandy Carson to catch our accidental ironies from sea to shining sea.

Sandy Carson will speak about and sign copies of I’ve Always Been a Cowboy in My Heart Sat., Sept. 28, 5pm, at BookPeople, 603 N. Lamar. For information, visit www.bookpeople.com.

I’ve Always Been a Cowboy in My Heart

by Sandy Carson
Yoffy Press
128 pp., $50
A version of this article appeared in print on September 27, 2019 with the headline: Accidental Ironies 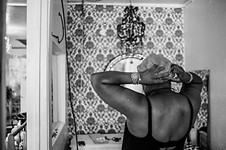 Austin photography, Sandy Carson, I've Always Been a Cowboy in My Heart