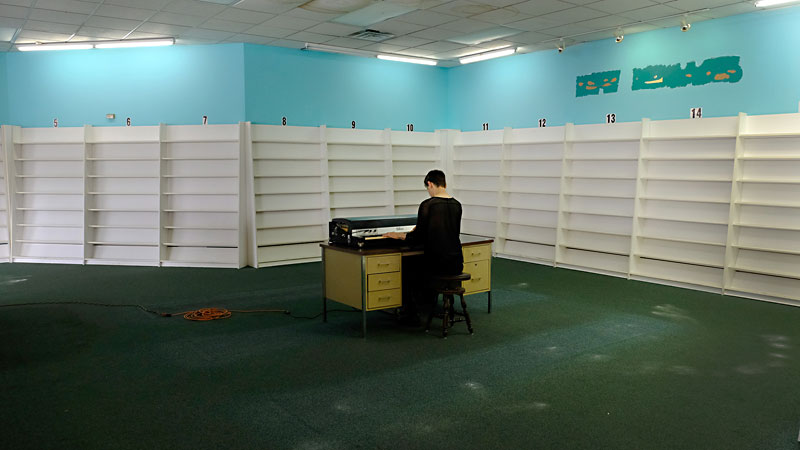 You have your mother's brown eyes, your father's strong chin. But do you also have her capacity for love, his fear of heights? Have traumas experienced by your parents' parents, or their parents' parents, also been passed down to you, encoded in your DNA? Biologists have found physical evidence of this – genetic memory – in people who lived through traumatic events and their offspring. Holocaust survivors, for example, have lower levels of the stress hormone cortisol, and so do their descendants. Other studies have shown similar results: experiences causing physical alterations that have then been passed down the line genetically.

For years, artist Alyssa Taylor Wendt has been drawn to the idea "that we inherit not simply DNA but potentially trauma, habits, magic, triumphs, love, failures, and knowledge. The idea that all of our actions affect a larger pool of cultural expression is important to consider in regard to our daily behaviors and future legacy. Are we temporary caretakers of a longer lineage of archetypal behavior? A unique living combination of elements from different aspects of our ancestors? How does this affect our cultural consciousness?"

Wendt has long sought answers to those questions in her own works, such as the three-channel videos H A I N T, shown at the University of Texas Visual Arts Center earlier this year and at the International Istanbul Experimental Film Festival, where it was an award winner. Now the artist has invited others to join in her search in the group show "Sanctum," opening Sept. 6 at Big Medium. Though small, Wendt's crew is diverse in cultural backgrounds and artistic mediums: Scott Vincent Campbell (Detroit), Cordula Ditz (Hamburg, Germany), Birthe Piontek (Vancouver), Beili Liu (Austin, born in China), Jaime Zuverza (Austin, born in El Paso), and Wendt (Austin, born in New York City), showing work in video, installation, photography, sculpture, and painting. We talked to Wendt to learn more about her interest in genetic memory and "Sanctum."

Austin Chronicle: When did your fascination with inherited memory begin?

Alyssa Taylor Wendt: I believe a specific influence was an interview with the great cult filmmaker Alejandro Jodorowsky in The Paris Review. He discusses a book he wrote called Where the Bird Sings Best, a retelling of his ancestry where he transforms the pain of his familial history into mythic legacy. From there I discovered books like The Memory Palace by Edward Hollis and It Didn't Start With You by Mark Wolynn. I did not know about the tradition of memory palaces, where orators use the interior architecture of a known famous building as a mnemonic device for retelling a long saga of history, where each room would trigger a different aspect of the story. The basis for my new video project has uncanny parallels with this concept, which had been previously unknown to me.

AC: How did you start exploring it in art?

ATW: The first experiment with inherited memory was a photographic series I made called Altertagsgeschichte that was part of a two-person show with Erin Cunningham called "these, our precious scars" at the original ICOSA Gallery. Inspired by the Japanese practice of kintsugi, I took large photographic prints of places that have a complicated and problematic history and tore them according to a buried layer of information usually in the form of a map or boundary lines. I subsequently glued them back together and gilded the repairs, as gestures of both recognition and healing. 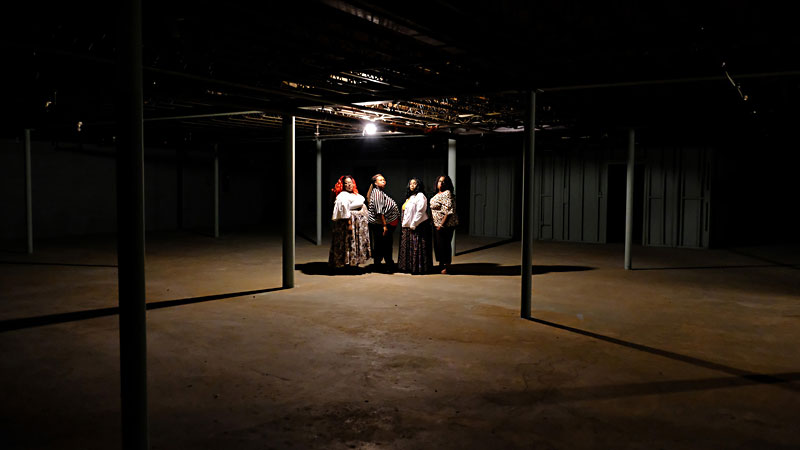 AC: Has your approach to visualizing inherited memory changed since then?

ATW: In a sense, inherited memory has always been part of my research and explorations. H A I N T was the result of six years of production, research, and editing about layers of history, truth, memory, architecture, and song. In this process, I realized that architecture, specifically interior spaces, are triggers for memory. Carl Jung talked about buildings as symbols for the soul in his writings on dream analysis. My new video TMI (The Memory Inher­it­ance) uses abandoned commercial public spaces to represent genetic memory and to create an abstract ritual for exploring that potential. I filmed in empty malls, basements, hospitals, nightclubs, retail stores, and office buildings to create an environment to trigger an act of cultural remembering with a variety of performances and mediums that personally move me. Spoken word, gospel singing, rock & roll, tap and modern dance, whistling, piano playing, and torch song became vehicles for collaborative conversations, places where disparate backgrounds can overlap and celebrate our collective subconscious. I specifically asked the performers to bring their own elements of historical memory to the table, through pieces of clothing, songs, and gestures. I'm showing the work-in-progress at "Sanctum."

AC: It's a fascinating collection of artists in "Sanctum." Was the international/cultural diversity important to you?

ATW: Thank you! I am really excited about this group of artists. The element of diversity was extremely important to me in order to explore a wide range of backgrounds, histories, and mediums alike.

I love introducing the people of Austin to artists that have previously not shown in Texas; that is a huge perk of curating such exhibitions. In 2017, I co-curated a show called "Good Mourning Tis of Thee" with Sean Gaulager of Co-Lab Projects at DEMO Gallery Downtown, where we had over 60 artists and performers making work about death and transformation, both as it related to rituals of mourning and gentrification.

I like to think of art as a conversation, a visual dialogue. In that sense, much of the discussion in contemporary art circles revolves around things that exist in a different realm from my line of thinking – nostalgia, palette, violence, and minimalism, to name a few. Here, I am creating my own conversation by surrounding my new work with artists who explore similar arenas. Being a working artist can become quite myopic and solitary. The beauty of curating shows is the privilege to elevate the work of others and create platforms for discourse. I look forward to the conversation that the works will have with each other and will inspire in the people who come out to see the exhibition. I welcome the dialogue and look forward to how these conversations will affect the production of the end of my film in the coming year.

A version of this article appeared in print on September 6, 2019 with the headline: Remembrance of Genes Past