Liz Behan: One Woman at Dusk at ColdTowne 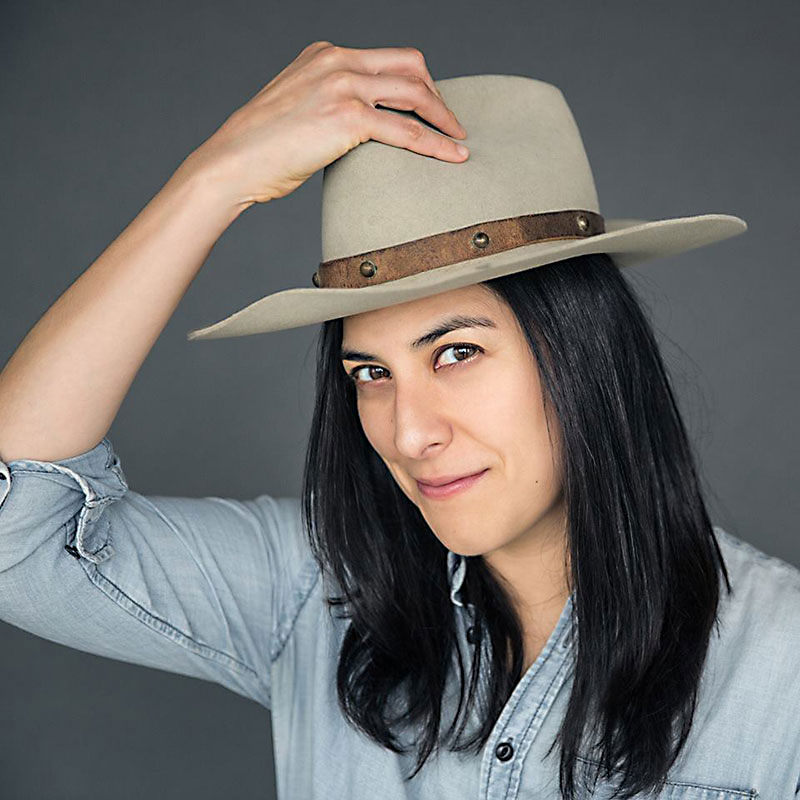 Lately, my interest has been piqued by one-person shows, particularly those written and performed by a single artist. These shows, I've come to find, form a portrait of their creator at their most unfettered – leaving on full display everything from their personal creative process to their own unique sense of humor. The ColdTowne Theater mainstage production Liz Behan: One Woman at Dusk is many things: a queer/Latinx-themed comedy show, a hodgepodge of unique characters, and a musical revue. But above all, it's a deep dive into the witty, sometimes vulgar mind of writer/performer Laura de la Fuente.

Known by her work with Loverboy and the B. Iden Payne Award-winning Latinx improv troupe Prima Doñas, de la Fuente uses Liz Behan to showcase her skills at creating different personalities. The show is named for her lesbian country-singer character, who appears in its opening and closing numbers, as well as several bizarre video shorts shown during costume changes. For the rest of this play's 50 minutes, six other outlandish characters grace the stage, each unified not only by the script's queer Latinx themes but by de la Fuente's natural likability as a performer.

Keeping my attention throughout was the sheer variety of these personalities. From the unhinged mania of thrash-metal children's singer Caffi (estranged daughter of Raffi) to the frumpy quirkiness of elderly abuela Irma, each individual displays de la Fuente's knack for characterization in a different way. Under the direction of Chris McKeever (Fallout Theater's Fuck This Week), One Woman at Dusk plays like a well-honed audition reel. Even as I write this, I'm hard pressed to think of one sketch that fell noticeably flat compared to the others – no doubt a product of McKeever's ability to laser focus de la Fuente's comedic strengths.

Although the script consists almost entirely of tongue-in-cheek gags (Liz Behan ... sounds an awful lot like "lesbian," doesn't it?), that's not to say that the performance is halfhearted or, worse, sarcastic. De la Fuente's commitment to each character sells this show more than anything. Whether she's swinging wildly on the ColdTowne stage's metal pillar during the character of God's cabaret number, or being splashed from offstage by four – count 'em, four – full buckets of water to simulate stormy seas, this comedian's dedication to a bit never once comes into question.

I can only guess how many hours went into whittling each sketch down to these final gems (especially after witnessing McKeever and de la Fuente – not 10 minutes after the show's ending – meticulously break down the performance together, right down to which laughs were louder than others). All that really matters is that the end result is an apt collection of punchy seven-minute segments which, taken as a whole, make One Woman at Dusk a charged combination of clever writing, memorable characters, and spirited performance.

As the show closed with a final acoustic song from Liz Behan, I couldn't help but feel I'd spent an hour becoming acquainted with de la Fuente personally. Her career is one that I'm eager to continue following, in part to see if lightning can strike again with her next solo effort (whatever that may be), but also because One Woman at Dusk does what a competent performance should: leave its audience both satisfied and wanting more.

Liz Behan: One Woman at Dusk 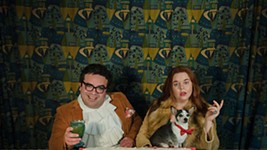 An Evening With Chlane at ColdTowne Theater
In a light, enjoyable sketch show, comic couple Chloe and Lane Ingram show the cost to intimacy with just one person over others