Galveston (and you) will be blown away by this multimedia production 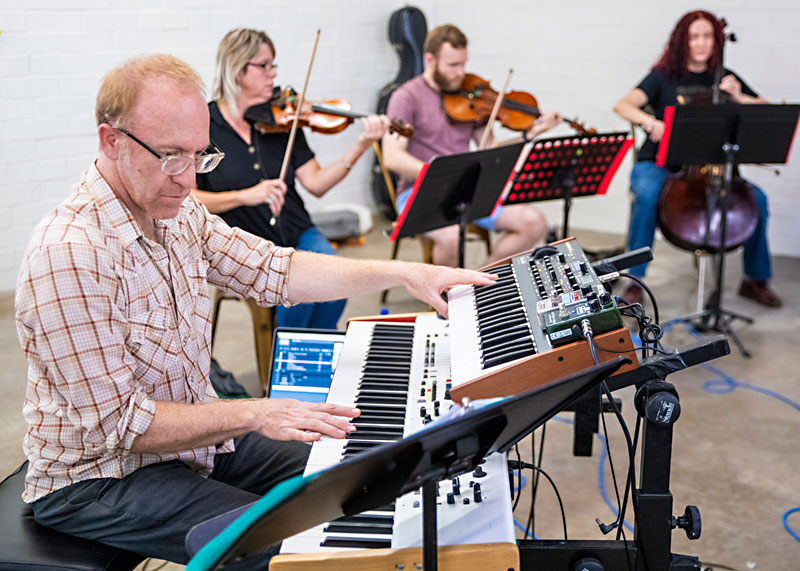 On Friday, August 2 of this year, the Texas city of Galveston gets blown to smithereens.

Not literally: The Great Galveston Hurricane, the deadliest natural disaster in American history, happened way back in 1900, and neither the National Weather Service nor local meteorologists are predicting anything beyond the usual climatic shenanigans this weekend. What's happening to Galveston at the Stateside at the Paramount in Downtown Austin is only an evocation of that long-past devastation – and a bright look at what's become of, and what may be ahead for, the coastal area since that harrowing time.

It's one of those multimedia deals: a curated collection of archival photos, recent (and breathtaking) video footage, finely scripted live narration, and everything suffused with a musical score performed by the composer and a coterie of equally talented musicians right there in the venue with you. The sort of fusion of art and technology that, when done well, can only enhance the experience of whatever subject's being evoked.

Montopolis, the classically inflected band led by composer and keyboard maestro Justin Sherburn, will perform Sherburn's original score for Anlo Sepulveda's film documentary The Living Coast. This is the premiere of Sepulveda's newest doc, in fact, and the cinematic thing's impact will be further abetted by the story – intoned by actor Robert A. Kraft, written by playwright Timothy Braun, illustrated by large-screened historical photos – of how Galveston was destroyed.

We're reminded – considering the Texas focus and the diversity of media and the performative firepower involved here – of when the Golden Hornet Project unleashed Pancho Villa From a Safe Distance upon the world. And, judging by what we've heard, by the snippets of video and live action we've seen, by our past Montopolis experiences, Friday's show will offer a similar spectacle of power and beauty.

Our past Montopolis experiences, we say. As Sherburn notes, "This is our fourth in a series of shows about places in Texas. We started off with Yakona, with me doing the soundtrack for the film that Anlo directed – it screened at the Paramount during SXSW in 2014 – and it turned into a live show. After that, we did Enchanted Rock, and then Big Bend. And now we're on to the Gulf Coast."

And how did that current "we" come to comprise such a star chamber of talent?

"I've known Robert Kraft for years," says Sherburn. "He's a vocalist who's worked with Tosca String Quartet. He worked with my wife Sarah on a production of Allen Ginsberg's Howl many years ago, so I've known him as a wonderful narrator – and I've used him for voiceover work for various projects. I'd recently seen him perform with the Austin Symphony, quoting different selections from Shakespeare throughout."

"Justin had me come in to record something," says Kraft, "a promo or something for The Living Coast. And he had this brainchild of using me as a live narrator."

"How I got involved, ironically enough," says scripter Braun, "I was talking to my then-fiancée about how I need to do more collaborative work in Austin. And then, three days later, I get this email from Justin. And I knew him from a distance, and I've always liked him and respected him, but he was like, 'OK, I've been looking at your Facebook jokes,' basically, 'and I need someone to help me be a doctor of dialogue.' And this was at a time when my dog Dusty was very sick, so I could just stay at home with him and bang out a few things, picking and choosing the right words for the narration to move the audience in a certain direction. There's a lot about conservation, which I'm very interested in, but also just the impact of the destruction of Galveston, nuns dying, all these things really drew me in." 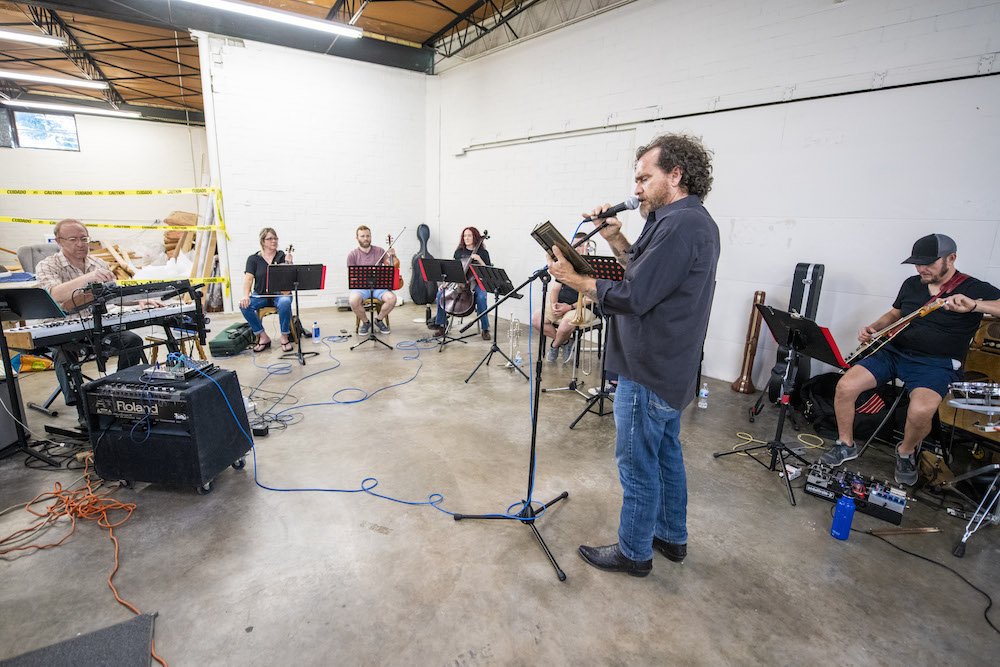 "I should mention the other inspiration for this whole emphasis on Galveston," says Sherburn. "We're working with the Texas Historical Foundation, and one of the people from that organization gave me the book Isaac's Storm. That's Erik Larson's history of the Galveston hurricane, and it's very dramatic. So we're using the hurricane in that story as a cautionary tale about what happens when humanity doesn't respect the power of Mother Nature and prepare for the worst. We're using that as one chapter, juxtaposed with all this beautiful footage that Anlo has captured up and down the coast for the past six months."

"We do have a bit of underwater footage, like in Yakona," says director Sepulveda. "We went down to South Padre Island about three weeks ago, and the water there was crystal clear. We also have a lot of drone footage. Justin's buddy Reagan Jobe came out and shot a ton of aerial footage. So there's the spectacular, grand imagery of the coast and surfers and tankers and bridges – all with aerial photography."

Montopolis has also teamed up with the Surfrider Foundation for this Living Coast installment. "I find a location-appropriate conservation group to work with on every show," explains Sherburn. "So the last show, Big Bend, we worked with the Big Bend Conservation Alliance – and they're still working with us as we perform around Texas. They set up a booth at each venue, and, when the setup allows, they get up onstage and say a few words about their initiatives – that's a big part of what we're doing. I chose Surfrider this time, because they're on the coast. They are, in a very real way, helping to clean up the beaches."

And after the set's been struck and the Stateside stage has been cleaned up, what's next for these relentless creators?

"We're still booking Big Bend throughout the fall," says Sherburn. "We've been playing out around the state more – in Houston, in Ft. Worth – and we want to keep that going, but also start doing shows in the Midwest. We just got this grant from Mid-America Arts Alliance that's gonna help support a real tour next spring."

Maybe best to catch these hometown multimedia heroes before they're too often on the road, then, we reckon. Like, say, this Friday night? Weather permitting, that is.

Montopolis: The Living Coast will be performed Fri., Aug. 2, 8pm, at Stateside at the Paramount, 719 Congress. For more information, visit www.austintheatre.org.

A version of this article appeared in print on August 2, 2019 with the headline: The Living Coast Makes Waves

Man With a Movie To Score
Justin Sherburn sounds off on an avant-garde, Soviet silent