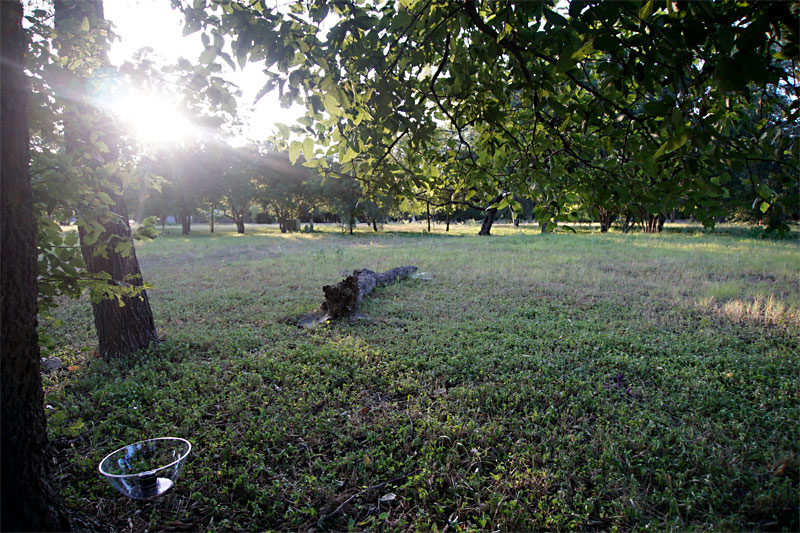 You can tell by the stubs of driveways interrupting the sidewalk, the leftover utility boxes, and the last remaining mailbox that the area around Onion Creek Drive used to be a residential neighborhood. Now, there's just block after block of unmowed grass.

For World Listening Day, a global event celebrating listening as a means of understanding nature, societies, and cultures, local organization Phonography Austin placed a handful of battery-powered speakers in that unmowed grass to play the sounds of domestic life that once inhabited the area.

Titled "The Invisible Suburb," the free, one-night-only, outdoor sonic exhibit took over a small portion of Onion Creek Drive, a street that has been emptied of its residents due to continuous flooding since the 1970s and a buyout program instituted in 1999. The area is now returning to its natural state and is referred to as a park, if an eerie one for the remaining signs of former inhabitation. Indeed, the fact that decades upon decades of families have lived in the installation spot could not have been lost on listeners.

The event began in the early evening, with gorgeous sun flares as accompaniment to what almost felt like a block party, with groups of folks walking up and down the street, occasionally nodding at one another in acknowledgment, then pausing to listen when sound from the speakers struck them. Phonography Austin provided Popsicles to complete the scene.

The speakers, set up by Phonography Austin and playing field recordings by local Austin residents, were set roughly house-width apart, furthering the idea of an invisible neighborhood block. There were enough recordings cycling through each speaker that visitors could stroll the block at least twice and hear something different on each sojourn.

Strolling in such a way, I expected to immediately recognize the sounds of an occupied home, having lived in one for the entirety of my life. And certainly many of the noises were familiar: forks clanking, microwaves beeping, water rushing, places being set for dinner, and dogs barking.

But it was an unexpected and engaging pleasure to strain to understand what a certain odd clanking or machine whirring was and, unable to make it out, to simply take the sound at its face value – to listen.

Listening so intentionally, it was inevitable that attendees would also hear environmental sounds that, while not technically part of the exhibit, served as contrast to the man-made clangs and bangs and cacophony of the recordings. While birds chirped intermittently, bugs buzzed so consistently that they formed one through-sound, a buzzing hum so inherent to any early Texas evening as to usually go unnoticed.

One speaker on the route seemed to have lost its battery power when I approached with two other folks. It wasn't emitting any recordings, but the two men still stooped over the speaker intently, waiting. "Maybe it's dead," said the first. But with the previous recordings having tuned their ears to optimal listening focus, the other turned away and said, "Maybe we're just listening to silence." And so they were. 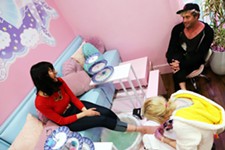 Cute Nail Studio Offers Free Services to Trans Youth
Together with Out Youth, the salon creates a safe space for queer kids