"GD Wright: Impossible Until It's Done" at Dimension Gallery

The sculptor mirrors up a globular array of unusual glassworks 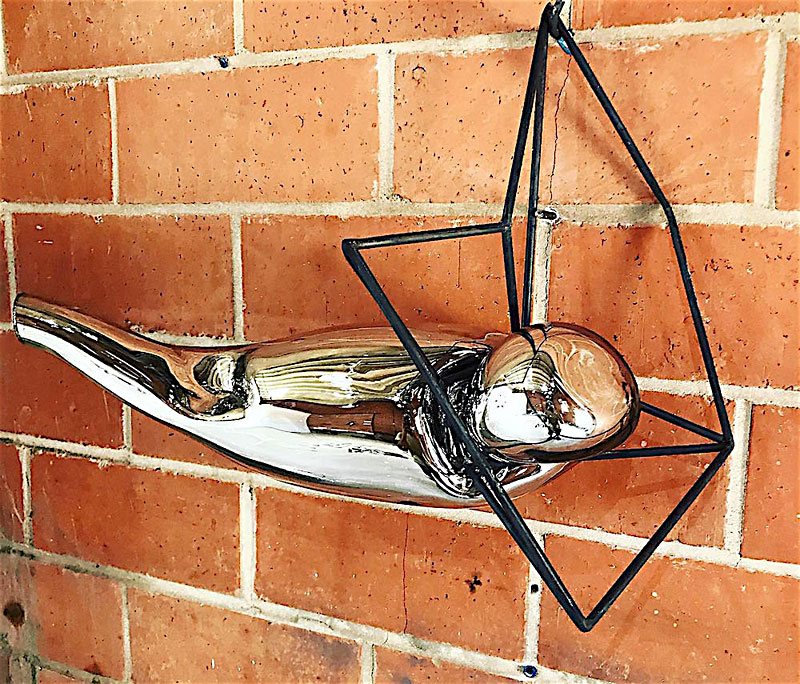 There's "public art," of course. That means the art is out there, unencumbered by walls, flaunting its naked self to the neighborhood, in front of gods and everybody. It's there, existing to be viewed any time you're passing by the location in which it's displayed.

UT's Landmarks program is a fine example of public art in Austin, as are the creations produced by our city's own Art in Public Places initiative. Also: big murals and graffiti pieces, when they're done well – and even exceptional wildstyle tags on otherwise dull infrastructure. Hell, those delightful faces that Briar Bonifacio puts on trees – you know? Et cetera, ad gloriam, hallelujah.

So then the other kind of art, the art that's not outside, that's represented in galleries and museums and so on, whether privately held or otherwise, that must be, what, non-public art?

Pish, we say, tosh. Language is more fluid than that.

But it's true that, when works aren't labeled with the "public art" moniker, they're going to be behind walls; they're going to be inside some architecturally defined space. This is what civilization has wrought among its myriad other discontents: the restrictive compartmentalization of human creativity. The whole, fabricated, artworld aestheti-structure that remains eye-rollingly intact even after Marcel Duchamp, for instance, fucked with it so delightfully back in the day.

But, so, people go to see art. They go to a gallery that's a separate thing, and they look inside it to see what marvels it might contain, right? Like the ancients might've journeyed miles to visit some subterranean grotto to ogle giant crystal formations, or to confer with a sibyl or whatever.

Well. Right now, even more than ever, Dimension Gallery on the Eastside is embodying that comparison almost literally. You go inside the tiny gallery, and it's like you've entered some urban cave's secret chamber in which huge smooth globules of liquid mercury have solidified in various positions on the floor and upon the verticals of brick, their discrete mirrorflow curves often at least partially framed by cages of cold geometric iron.

That's the work of sculptor GD Wright, those globules: giant bulbs of mirror-finished blown glass. "My sculptural work is driven by the goal to arouse a deep visceral response in the viewer," says the artist – and he certainly succeeds in this case. The viewer who's too recently seen Terminator 2, say, might experience a sense of dread, noting how the sculptures resemble sundered extrusions of that liquid-metal android's homicidal corpus that might, at any moment, attempt to re-coalesce and kill. Another citizen might flash back to deeper cultural tropes if not some actual past life: This cave ... this grotto ... these vision-warping blobjects bound as with metal-rod shibari ... where the hell's that sibyl I was supposed to consult?

It's not that much of a pilgrimage, distancewise, anyway. Not too difficult to go to the gallery in which Wright has installed some of what's resulted after UT-Arlington wisely sponsored him to produce more than 200 pounds of blown glass. You're part of the public, after all; and this is art for you to see; and we reckon no gods will bar your way. 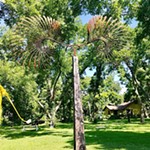 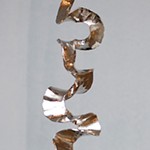