The Carver Museum asks: Freedom when? 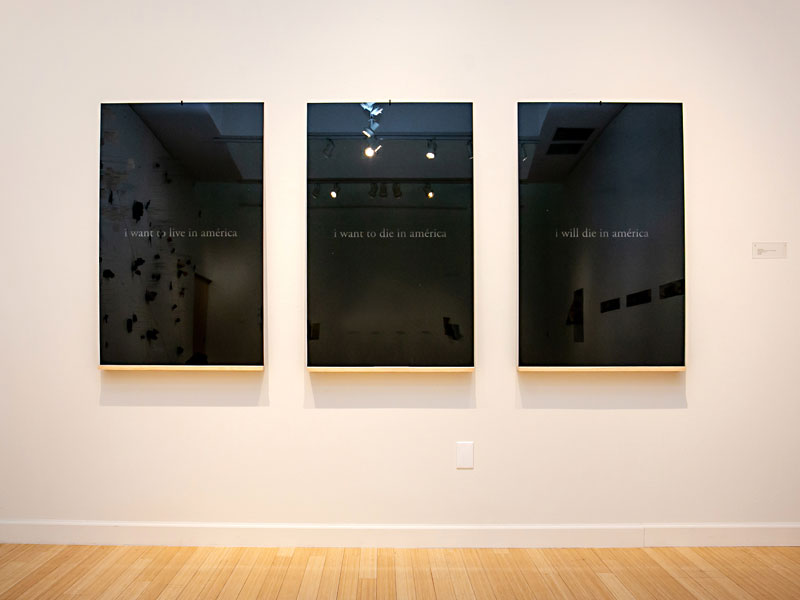 "Awaiting Freedom" – those words greet visitors just inside the entrance to the Carver Museum, Cultural and Genealogical Center Gallery. Part of the first display in its Juneteenth exhibit, they refer to enslaved African Americans prior to the official announcement of the Emancipation Proclamation in Texas nearly two-and-a-half years after it was issued by Abraham Lincoln. To a people stolen from their homelands and held in bondage in this country for centuries, that executive order was no small thing, and the way they have enshrined that day of liberation in the culture speaks to its power and meaning. And yet, just around the corner from that exhibit are two others in which artists have much to say about what life today is like for the descendants of those emancipated people and for anyone else in this country whose skin isn't white. The chains may be gone, but that doesn't mean there isn't oppression, confinement, danger. In both "constant escape: works by Adrian Aguilera, Betelhem Makonnen, and Tammie Rubin" and "Re-Membering is the Responsibility of the Living: An Installation by Taja Lindley," the art points to prejudice, injustice, and issues of identity that keep people of color in a state of captivity even as we mark the 155th Juneteenth this week. These people are still awaiting freedom.

The art points to prejudice, injustice, and issues of identity that keep people of color in a state of captivity even as we mark the 155th Juneteenth this week.

Aguilera mostly makes his points here, as the Emancipation Proclamation did, with words. In two triptychs, he renders a word or phrase identically on three separate panels, but in moving from panel to panel, what he says gathers force. The first panel of untitled (+500 years in américa 01, 02, 03) reads "i want to live in américa" – the simply stated desire of many an immigrant (and perhaps slyly referencing the song from West Side Story?). In the panel to its right, he changes one word and the work takes a darker turn: "i want to die in américa." In the final panel, another small change, replacing "want to" with "will" leaves us with: "i will die in américa." Is this grim resignation, the American Dream curdled after time spent in the self-proclaimed land of the free and home of the brave? The viewer is left to interpret the statements, but it's worth noting that the high gloss of the acrylic panels with the words on them clearly reflects the viewer. What part does each of us play in making this a welcoming nation for émigrés, a nation that lives up to its lofty ideals? I looked and saw a reflection of white privilege, too often blind to the struggles of people who don't look like me. 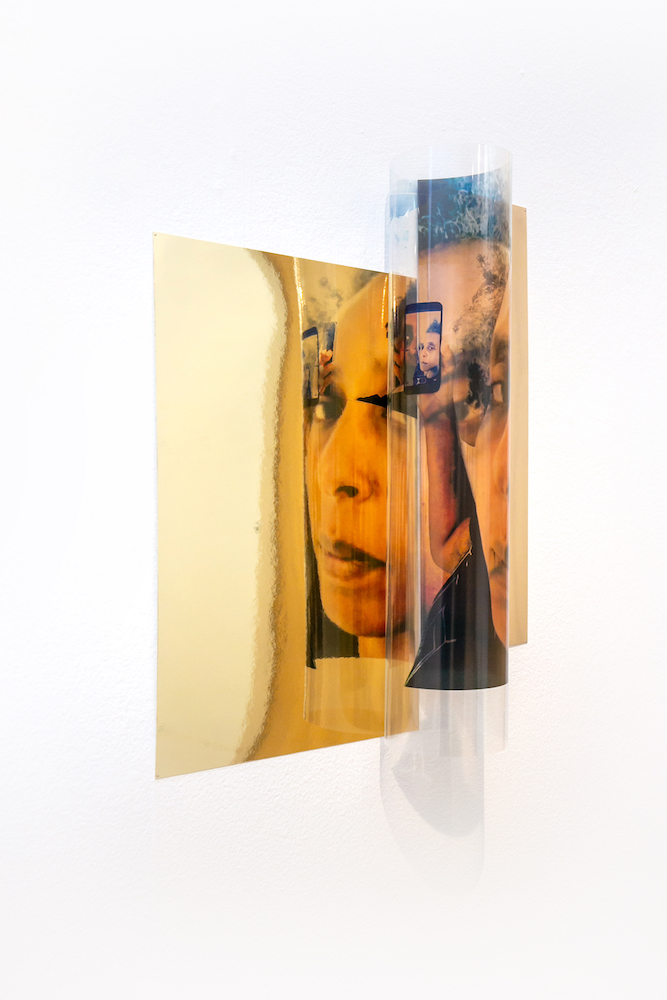 That echoed my response to Aguilera's untitled (...transparency thru opacity...), with each of those words in its own frame, all meticulously carved out of white paper but set on a white background, so the words were scarcely visible. I could see myself in the glass searching for the words in fields of overwhelming whiteness. That phrase was the doublespeak of 1984 in a racial context, manipulating meaning to keep everything beautifully, spotlessly white.

Where Aguilera employs verbal language, Tammie Rubin uses symbols. Her larger work fills an entire wall, with thin, straight strips of tape setting up geometric zones and lines, across which are stuck hundreds of short wires on curved and looping paths, with some of them accentuated by squares of white fabric suggesting flags, and others by small ceramic sculptures dangling off them. The installation first comes off as a giant abstract, but then it calls to mind a map – an impression reinforced by its title: Alice, Harriet, Cassy & Emmeline, which name-checks a Philadelphia slave who lived to the age of 116; the famed leader of the Underground Railroad; and two characters from Uncle Tom's Cabin. That connection to American slavery imbues the work with a feel of epic narrative, of the passage from bondage to freedom and all who braved it, each wire a life on a desperate journey.

The language that Betelhem Makonnen uses is herself. In her selfing studies, she takes the ubiquitous form of 21st century self-portrait and flips it from a celebration of who one is to the question of who one is. In every image, Makonnen's expression is impassive, leaving her as enigmatic as Mona Lisa. But having her face reproduced multiple times and printed on film that has curled makes her still harder to read. As she appears to be wondering, "Is this image who I truly am?" her eyes look directly at the viewer's, as if to ask, "Who do you think I am?" As Aguilera uses reflection to draw the viewer into his work, Makonnen uses her gaze to pull the viewer into a dialogue about identity. It may be one way these artists achieve the "constant escape" of the exhibit title – a concept borrowed from African American poet/philosopher/critic Fred Moten – and it may leave those viewing their art more deeply in search of it. In the adjacent exhibit, artist Taja Lindley challenges viewers more directly. For her "Re-Membering is the Responsibility of the Living," the New York artist has covered the gallery walls with black plastic bags – her symbol for the way black lives are treated as disposable. But she reclaims that material through her Bag Lady persona, a mythic figure of remembrance and memory, protest and healing. On screens, we see her embody this figure, clothed in black bags and showing an elemental mastery of them, causing bags to rise from and swirl across the floor. Through her, we grasp the connection of these bags to life, which adds power to the wall of bags on which are written the names of people of color killed by police without indictment. More than 200 names cover the wall, 200 lives that mattered and matter still. In the center of the room is a bloodred altar on which are jars full of dirt collected from sites of lynchings in Texas. You must not forget, Lindley's art urges us. It's your duty to remember: Though these people were freed, they were not truly free.

The message reverberates through both of these thoughtful, provocative exhibits, and with it the question: How long must they wait for freedom?

“constant escape: works by Adrian Aguilera, Betelhem Makonnen, and Tammie Rubin” continues through July 27, and “Re-Membering is the Responsibility of the Living: An Installation by Taja Lindley” continues through July 31 at the George Washington Carver Museum and Cultural Center, 1165 Angelina. For more information, visit www.carver-museum.org.

A version of this article appeared in print on June 14, 2019 with the headline: Freedom When?