Terminator: The Musical at Fallout Theater 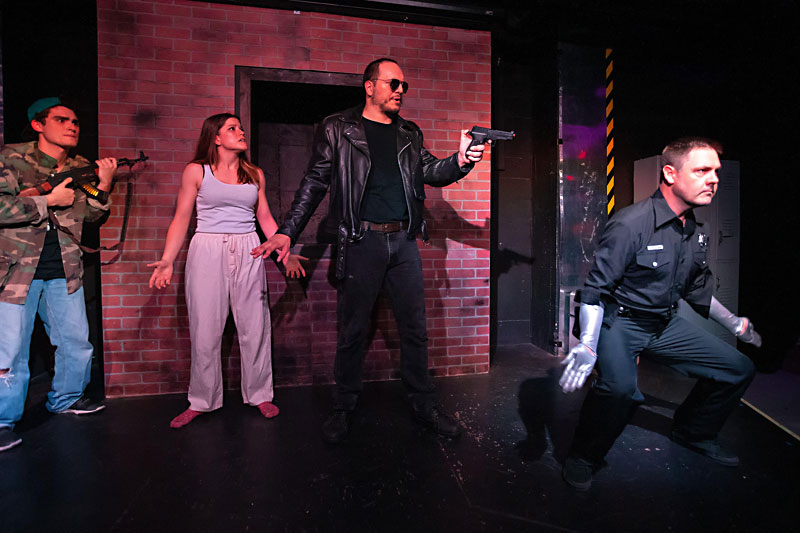 The cast of Terminator: The Musical (Photo by Steve Rogers)

Making musicals from movies, and vice versa, is nothing new. Just look at The Rocky Horror (Picture) Show, Mamma Mia!, and Hairspray, the last of which went from film to Broadway show to movie musical.

Then there are those musical adaptations of films that seem ... odd. Examples include American Psycho, Evil Dead, Re-Animator, and Silence of the Lambs. We can now add to that list Breanna Bietz's Terminator: The Musical, originally written and staged in 2015 in New Orleans, where Bietz was pursuing a creative writing MFA.

As a lifelong fan of the first two Terminator films (which serve as the basis for Bietz's musical), I was admittedly eager to check out this unique 90-minute, song-and-dance take on James Cameron's action sci-fi classics. I'm also not the only one who's expressed enthusiasm about Terminator: The Musical; it's garnered national attention from such media outlets as Birth.Movies.Death, iHorror, and SyFy. "It's so flattering and exciting to know that these influential pop culture publications are mentioning us," Bietz said in an email interview. Still, I went into the show with a critic's healthy detachment.

Evenly dividing the plots of Terminator and Terminator 2: Judgment Day into two 45-minute acts, Terminator: The Musical is chock-full of the kind of self-aware meta humor that's become a trademark of 21st century comedy. Audience members were encouraged to clap along as the Terminator (or "T," played by Robert Slack) belted out an a cappella version of Brad Fiedel's iconic score, described by the composer as the sound of a "mechanical man and his heartbeat."

The humor shines best in Bietz's original songs, with titles like "Johnny, Johnny Mom's Not Crazy" (sung by Lena Long as Sarah Connor), and in an abundance of creative props and sight gags. Fans of the film will recall that when we first see the Terminator and Kyle Reese in the 1984 movie, both are nude; in the musical, T and Reese (Kyle Irion) first appear onstage in jockstraps with large black rectangles of cardboard covering their groins.

Everyone in the production is having a blast, including JP Bremer as John Connor; musical director Mars Wright, who also plays slain scientist Miles Dyson; and three outstanding Terminatrixes (Chelsea Beth, Caitlin French, and Kathryn Lane) who play supporting roles and act as the chorus.

The first half of Terminator: The Musical is by far more entertaining. The second half seems to have fewer songs and less bombastic humor, and occasionally drags. Still, the second half does feature more of hysterical actor Jon McMahan, who does double duty as the T-1000 and Sarah's "Dick Psychologist" Dr. Silberman.

Final word? Terminator: The Musical is exactly the sort of loving parody of nuclear apocalypse and time-traveling AI that audiences should experience at least once. 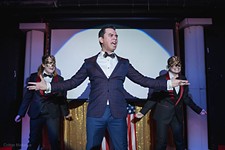