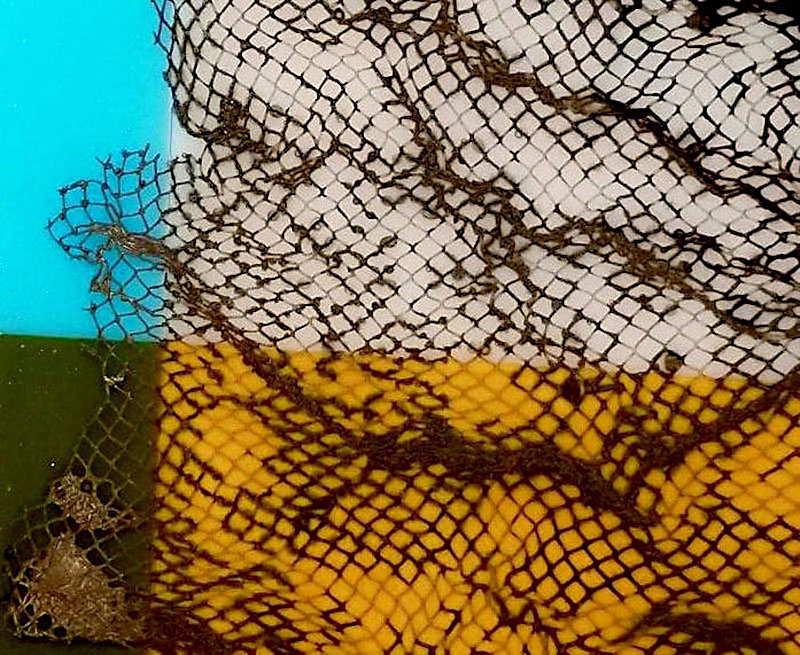 You could join those disparate elements and make yourself a fine narrative, but let's just focus on the last one. It could be any woman walking into that glass-fusing workshop – there are several such classes offered right here in town – and emerging, weeks later, with a completed piece of artwork – a serving plate in a vaguely Art Deco style, say, or perhaps a pendant for a necklace to be gifted to a beloved niece – and that's the end of it.

But Austin's Rachel Kalisky walked into a glass-fusing workshop years ago, and luckily for anyone who encounters her delicately layered creations, there's no end in sight. Because some people are what other people – other people who are sometimes impressed, sometimes condescending – call "creative." And the creative people – Kalisky's art would be regarded as impressive by anyone who appreciates talent, skill, industry, and beauty, to be sure – those "creatives" will get hold of a new thing – a material, a process, a style – or it will get hold of them – and an exploration of possibilities will begin that won't be exhausted until some other new thing intervenes.

Even people who are otherwise previously untrained in visual self-expression can, with sufficient time and effort, generate work that will be a gift to all who can see it – a gift of pattern, of shape and shade, of color and curve, of confounding complexity or refreshing simplicity. (That's what some people might call outsider art – because people love labeling stuff, don't they? – and it tends to work even better than the time-telling properties of that proverbial stopped clock that is any art career's baseline.)

Kalisky, though, was trained at the Humber College of Art & Design in Toronto. And before she got into this whole fused-glass situation, she was an interior designer and an industrial designer for a couple of decades, for banks and retail stores and computer manufacturers and so on. You don't do that sort of thing successfully for so long without starting out with some kind of talent; and you don't work that talent for so long without developing a great deal of skill. This, in addition to her ceaseless work, is why her glass creations, in their diversity of forms and refinements, are consistently gorgeous. This visual beauty made manifest via precise industry is why the woman's pieces have won both critics' awards and popular acclaim. This is why we're still kicking ourselves for having missed Kalisky's "Glasswork: The Unexpected" at CAMIBAart back in 2016.

But, aha, CAMIBAart – the newly relocated gallery on East 290 that thrives even though the CAMIBA outpost in the shuttered Flatbed World Headquarters complex is gone – is now showing Kalisky's latest forays into the possibilities of silicate fusion. And recently the artist has been exploring the "organic movement of metal mesh" within her fused-glass designs. Now that's some interesting textural juxtapositioning, all right. Reckon we'd want to see anyone's explorations of metal mesh and fused glass. Thus, we further reckon we're downright jonesing to see what Rachel Kalisky has been up to with the combining of these two disparate materials. Fortunately, her new "Glassnet" show will be up through May 19 – and maybe our own realities will briefly fuse, dear reader, and we'll see you there? Let's raise a glass to that. 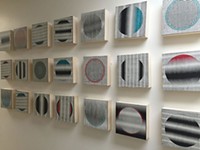 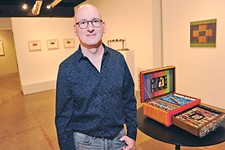